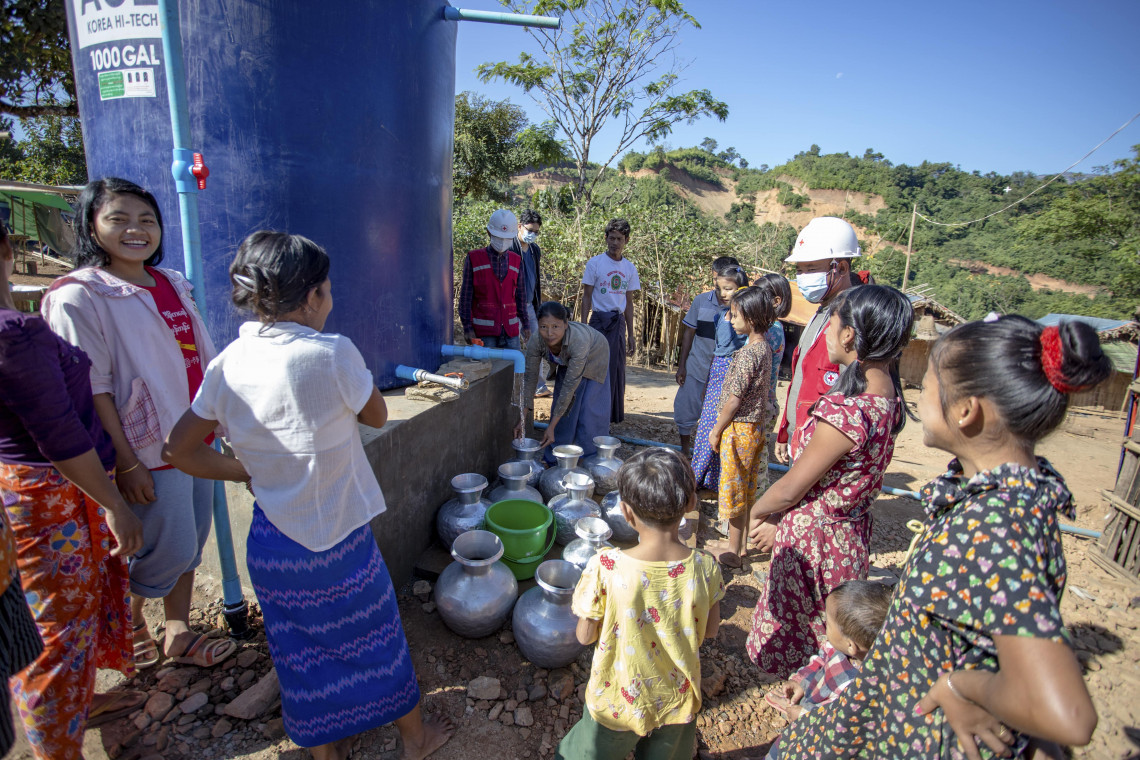 Speech given by Mr Peter Maurer, President of the International Committee of the Red Cross, to the UNSC Open Debate on the Protection of Objects Indispensable to the survival of the civilian population
Statement 27. April 2021

Today the International Committee of the Red Cross brings a warning to the Council : without urgent action to protect essential services in conflict zones, we face a humanitarian disaster on a vast scale. I commend the Council under the leadership of Vietnam to bring forward this debate and the accompanying resolution to bring political attention to this critical operational concern.

Through our work in Aden, Aleppo, Benghazi, Gaza, Homs, Mosul and beyond... the ICRC has become all too familiar with the severe and cumulative impacts on populations when essential services including electricity, health, education, water and sanitation are damaged in conflict.

The humanitarian consequences are grim: from health crises, displacement, to environmental degradation.

There is often no safe water to drink, no electricity to power homes, nor health services to treat the wounded and sick.

It is those who already face barriers and disadvantage that are the most affected, including women and children, older people and persons with disabilities. In protracted conflicts children under five years old are 20 times more likely to die from diseases linked to unsafe water and sanitation than from violence.

ICRC works in the midst of this suffering. We are present during the long years of war when political solutions are absent because allowing critical infrastructure to fail is simply not an option... Substituting local authorities for decades with water trucking or providing medical equipment to clinics in remote basements is not an option.

ICRC is therefore working to prevent critical infrastructure that is too big to fail from collapsing and forcing millions into crisis. This requires repair and rehabilitation of infrastructure, providing parts, as well as training and capacity building of local service providers. In doing so, we seek to mitigate humanitarian consequences, strengthen the resilience of essential services, and stem the reversal of the Sustainable Development Goals.

Preventing the damage in the first place, however, is paramount.

International Humanitarian Law provides crucial safeguards aimed at ensuring essential services can continue during armed conflict. Given the enormous suffering of civilians, serious questions are raised as to how parties to conflict are interpreting and concretely applying these obligations, particularly in urban settings. These rules include:

Today I make five calls to the Council:

One: That all parties to armed conflict, and those who support them, work for better respect of international humanitarian law.

Two: The ICRC continues to call for the adoption of an "avoidance policy" regarding the use of heavy explosive weapons in populated areas. These weapons should not be used against targets in populated areas unless sufficient mitigation measures are taken to reduce the risks to civilians, including measures to limit their wide area effects.

Military manuals, strategies and ground rules need to be adapted to the new realities of urban warfare and in view of an interpretation of the or IHL rules that does justice not only to military necessity but also the principle of humanity.

When war moves to cities and other populated areas, where civilians and combatants, civilian objects and military objectives, are intermingled the risk of critical civilian infrastructure being damaged or destroyed is multiplied, especially when explosive weapons with wide area effects are used.

Four: We urge the adoption of measures so that healthcare and interconnected services such as water, sanitation, electricity, are protected to safeguard against public health risks.

Essential services are interdependent, which means the failure of one can result in multiple services collapsing. For instance, electricity supply is needed to ensure the delivery of water and sanitation. Hospitals and schools are then dependent on a reliable supply of safe water, sanitation, and electricity.

Frequently we see infectious diseases, such as cholera epidemics, rip through communities where water and sanitation infrastructure have been destroyed during fighting. Preventable diseases are costing too many lives, including as epidemics spread beyond the borders of war zones.

Five: We call on States to adopt measures to increase their understanding of the effects of conflict on the natural environment and minimize the impact of military operations on the environment and dependent civilians.

Parts of the natural environment are indispensable for the survival of the civilian population. Damage to critical infrastructure poses a wide range of threats to the environment, which in turn can have devastating environmental health impacts. Climate risks now magnify this harm for dependent communities.

We welcome further discussions with States on all of these calls: ICRC has developed a body of practice-based knowledge to support our expertise in the law.

As a humanitarian organization we have been confronted with the limits of the collective humanitarian response in the face of the extensive damage and destruction to critical infrastructure, as well as its misuse by parties to conflict.

While humanitarian organizations are adept at directing assistance towards the most vulnerable, the risk that an entire population could be in need if an essential service system fails is alarming. When systems fail, the scale of the consequences far exceed what can be addressed by humanitarian action alone.

Recognizing the need to respond at scale has led us to forge new relationships, including with development actors. Together with the World Bank and UNICEF we have developed a series of joint recommendations for systemic change in a new report on water and sanitation recently released. Notably this does not replace the need for belligerents to prevent the damage, destruction and misuse of critical infrastructure in the first place.

Excellencies, in the face of this urgent situation, my call is for us to work together, and critically for the Council to show leadership, so that the suffering of the women, men and children who have already lived through the horrors of wars is not compounded.