Cyclone Idai made landfall in Beira in the central region of Mozambique on 14 March 2019. The Cyclone continued through Mozambique impacting neighbouring Zimbabwe and Malawi. It affected over three million people across the three southern African countries. The cyclone claimed the lives of over 1,000 people while many others were left displaced and seeking shelter, food, access to clean water and proper sanitation.

Following Cyclone Idai's landfall, the ICRC established a logistics base in Chimoio to support its humanitarian response alongside its existing office in Beira. The ICRC deployed teams of experts to rapidly assess the humanitarian situation of remote communities in Buzi, Gondola, Mossurize, Nhamatanda and Sussundenga districts in Manica and Sofala provinces.

Based on these assessments, the ICRC directly provided life-saving assistance, met urgent basic needs and supported efforts to rebuild livelihoods in Mozambican communities affected by Cyclone Idai in partnership with the Mozambique Red Cross Society. 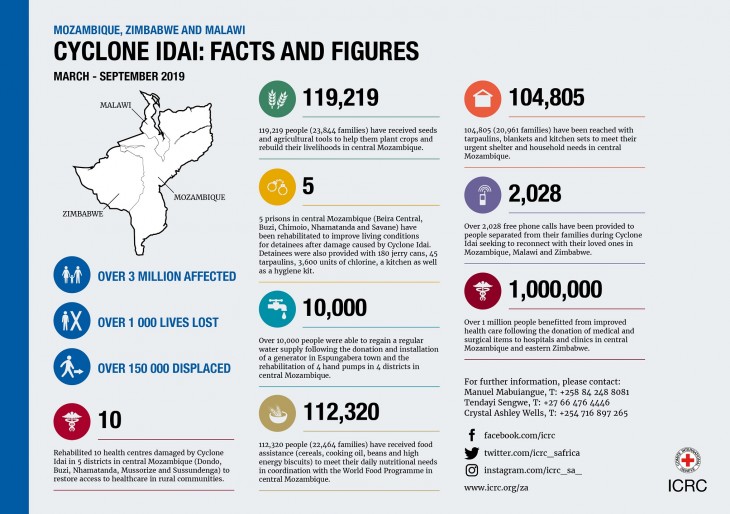