Philippines: No let-up in fighting in Marawi City 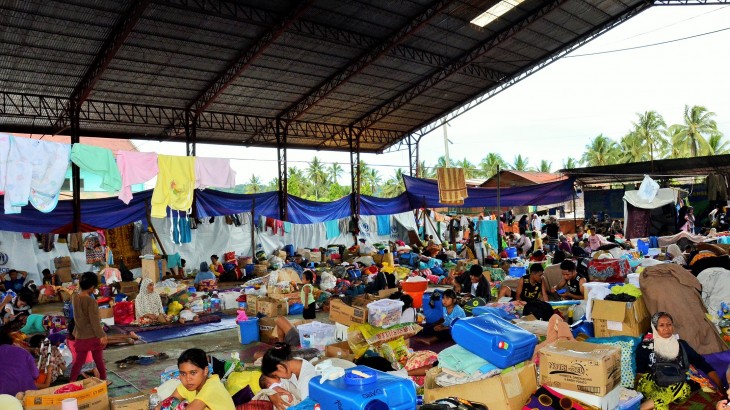 Manila (ICRC) – A month into the armed conflict in Marawi City in Lanao del Sur province, a large number of people are still in need of help as the fighting between government security forces and the Maute Group continues with no end in sight.

Owing to the fast-changing security situation, a humanitarian ceasefire has not been possible. Despite that, the International Committee of the Red Cross (ICRC) has evacuated more than 700 people from the city since the fighting began on 23 May.

Over the last four weeks, the ICRC has delivered large quantities of medical supplies to rural health units and hospitals in the region that were overwhelmed by the influx of displaced people. Together, Philippine Red Cross volunteers and ICRC specialists are continuing to address water and sanitation issues in the Saguiaran evacuation centre.

"Our situation inside the evacuation centre is not easy – it's humid during the day and it gets too cold at night," said Casamudin Riga, a 51-year-old trader from Barangay Marinaut, Marawi. "We don't have much choice. I'm just grateful because at least my family is complete and we're safe. We hope that we can return to our homes soon, and start again."

In the first week of the fighting, the ICRC and the Philippine Red Cross distributed enough food rations to last two weeks. They also provided household and hygiene items for the displaced people in Saguiaran, including those staying with relatives.

"We need to provide more than 200,000 displaced people with more food, drinking water, sanitation facilities and health care in the coming weeks," said Roberto Petronio, head of the ICRC sub-delegation in Mindanao. "We will continue to urge all parties to the conflict to allow civilians trapped in the city to leave safely. We hope the fighting will end soon."

With various government agencies responding to the crisis and the arrival of more aid organizations, Roberto Petronio said coordination had become a major task. Regular meetings were being held to identify gaps and to address current and future needs.

"Looking ahead, the future needs of the displaced families will include support for their return to Marawi City, while those who cannot go home need temporary relocation or settlement," he said.

The ICRC continues to follow up on how civilians and those detained in connection with the conflict are being treated. The organization will also focus its efforts on more difficult-to-reach areas, such as the east and west sides of Lake Lanao and continue engaging with the parties involved in the fighting to emphasize the importance of protecting civilians.

The ICRC is a neutral, impartial and independent humanitarian organization that protects and assists victims of armed conflict. It has an international mandate to promote knowledge of and respect for international humanitarian law.