Nearly 100,000 people have been displaced by the fighting in Marawi City, Lanao del Sur, southern Philippines, as fightings continue particularly in the city center. Majority are scattered in different evacuation centers and have been receiving some form of aid, though much more is needed particularly in food and potable water.

Around 3,700 residents are estimated to be still trapped in the city, according to the authorities, while damage to civilian properties are evident in some areas.

Below is the second update of humanitarian situation and needs in Marawi, and the ICRC's response as of 31 May 2017. 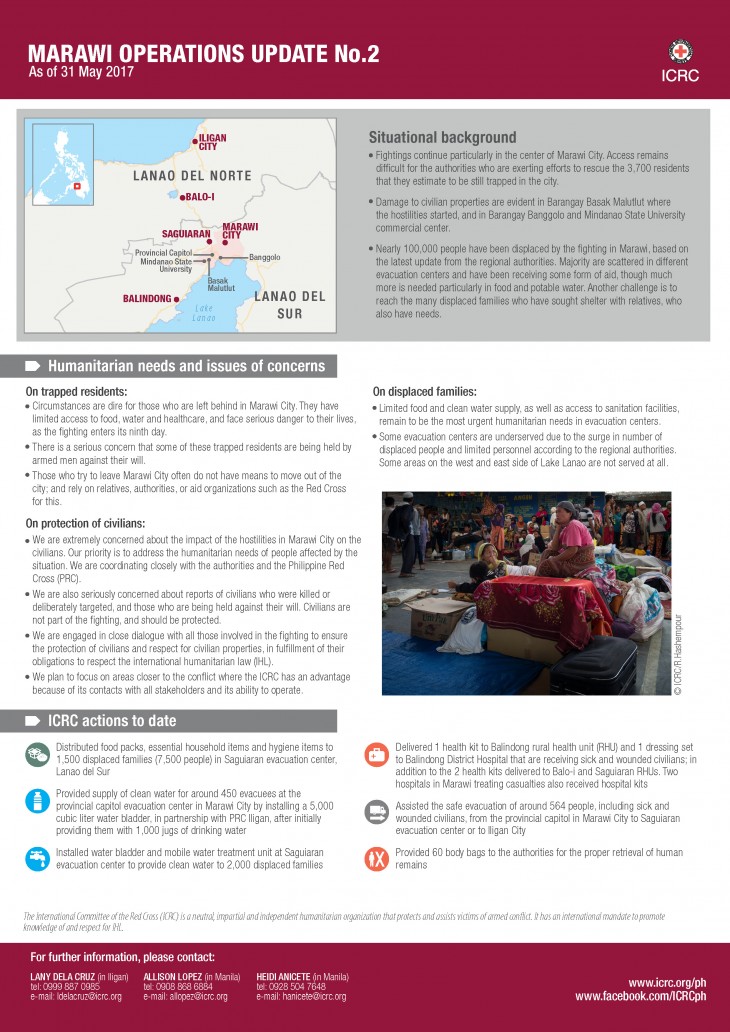