Autonomous weapons: Decisions to kill and destroy are a human responsibility 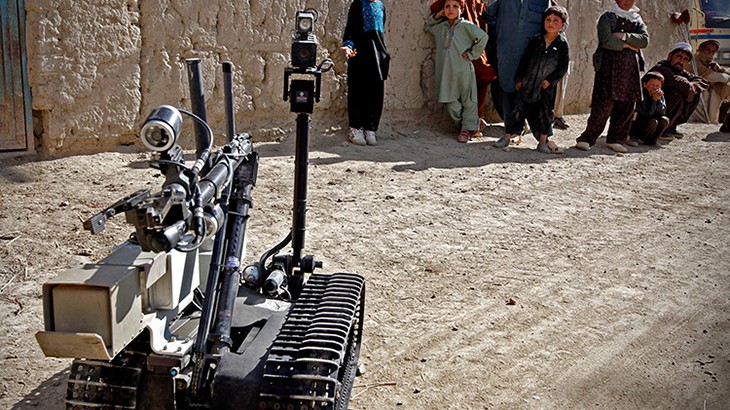 Convention on Certain Conventional Weapons
Statement of the ICRC, read at the Meeting of Experts on Lethal Autonomous Weapons Systems, held in Geneva from 11-16 April.

The International Committee of the Red Cross (ICRC) is pleased to contribute its views to this third CCW Meeting of Experts on "Lethal Autonomous Weapon Systems".

Discussions at the previous two CCW meetings of experts, as well as expert meetings convened by the ICRC and other organizations, have underscored the significant legal, ethical and societal questions raised by weapon systems that can select and attack targets without human intervention.

Although views on this complex subject continue to evolve, including those of the ICRC, discussions have indicated broad agreement that, for legal, ethical or military-operational reasons, human control over weapon systems and the use of force must be retained.

The ICRC has called on States to set limits on autonomy in weapon systems to ensure they are used in accordance with international humanitarian law (IHL) and within the bounds of what is acceptable under the principles of humanity and the dictates of public conscience.

As an additional contribution and further to the first ICRC meeting held in March 2014, the ICRC convened a second meeting of international experts ("Autonomous weapon systems: Implications of increasing autonomy in the critical functions of weapons") on 15-16 March 2016. Representatives of 20 States together with individual experts and representatives of the United Nations and civil society organizations participated in the meeting.

The aim of the meeting was to link the real-world development of autonomy in the critical functions of weapon systems more closely to consideration of the legal and ethical implications of, and potential policy approaches to, autonomous weapon systems. A summary report of the ICRC's expert meeting will be published shortly. In the meantime, as a contribution to this CCW meeting, we are circulating a short paper highlighting the ICRC's perspective on some of the key issues raised at our expert meeting. In particular, we would like to highlight the following points:

We encourage delegations to read the paper we have circulated, which goes into greater detail on these points. We will be pleased to elaborate further on our views during the thematic sessions.