By entering this website, you consent to the use of technologies, such as cookies and analytics, to customise content, advertising and provide social media features. This will be used to analyse traffic to the website, allowing us to understand visitor preferences and improving our services. Learn more
International Committee of the Red Cross

Eight years into the history of the world’s youngest nation

Eight years ago, on July 9, 2011, South Sudan claimed its independence and became the 193th UN member state. But the laughter and celebrations shortly faded and gave way to the sound of gunfire. Yesterday's allies became today's enemies and the unity of the first days quickly disappeared when fighting broke out between forces loyal to President Salva Kiir and those aligned with Vice President Riek Machar in December 2013. Hundreds of thousands of deaths later, a fragile peace agreement has offered the South Sudanese some relief, but the path to stability remains full of obstacles.

On 9 July 2011, South Sudan becomes an independent country and the 193th member of the United Nations.

Hope is there, but after decades of conflict, it comes with countless challenges.

The ICRC has been active in Southern Sudan since 1984 and immediately opens a delegation in the new capital Juba. At the same time, the South Sudanese Red Cross is created.

Less than two years after the celebrations, a political power struggle breaks out between President Kiir and his former deputy Riek Machar.

Two million South Sudanese have fled their home moving elsewhere inside or outside the country, including thousands of unaccompanied boys and girls. The ICRC and local Red Cross Societies use "Snapshot books" to help both adults and children find missing relatives. 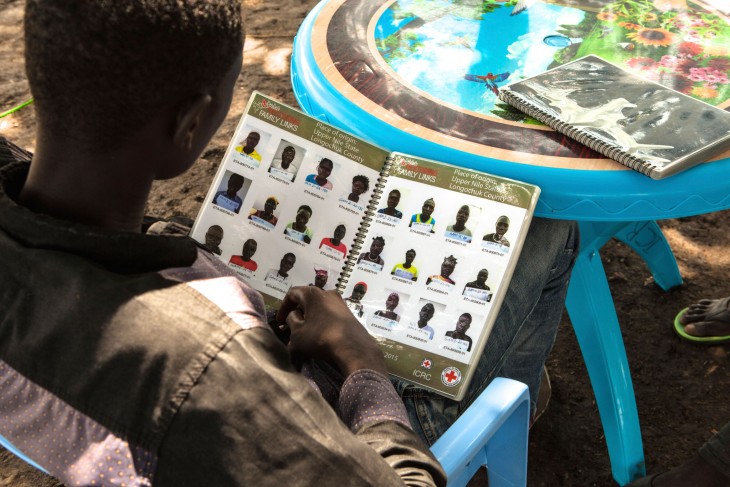 South Sudan faces extreme levels of violence. Near Leer, over 100,000 people flee their homes in just one months.

Following the signing of an Agreement on the Resolution of the Conflict in South Sudan in August 2015, former Vice President Riek Machar goes back to Juba. But peace is short-lived. In July 2016, fighting erupts near the presidential palace and spreads, increasing the scale of the humanitarian crisis and the plight of civilians.

Within a few days, the situation is about to reach a point of no-return and the ICRC teams work around the clock in a very tense environment to deliver life-saving assistance.

Despite the violence in #Juba, our team is active in #Wau helping families separated by conflict to find each other.https://t.co/qwNtDHVRtm

More than three years of conflict and no peace in sight. The spread of violence to parts of the country where communities rely on farming further affect the humanitarian situation.

Famine is declared in some parts of the country. War and drought leave South Sudanese on their knees. The Northern states are the most severely affected and an estimated 5 million persons need of immediate assistance.

South Sudan ranks highest in the world for the number of attacks on aid workers in 2016, 2017 and 2018. On July 11, 2017, several humanitarian workers are trapped and raped by armed men in a hotel in Juba.

Lukudu Kennedy Laki Emmanuel, an ICRC staff member, is killed when a convoy of nine trucks and a four-wheel-drive vehicle is shot at by unknown assailants. The ICRC firmly condemned this killing.

After five years of conflict, the UN Security Council imposes an arms embargo on South Sudan. This measure aims at stopping the flow of weapons delivered to armed groups. On the ground, the ICRC receives new patients every day at the physical rehabilitation centres it supports. 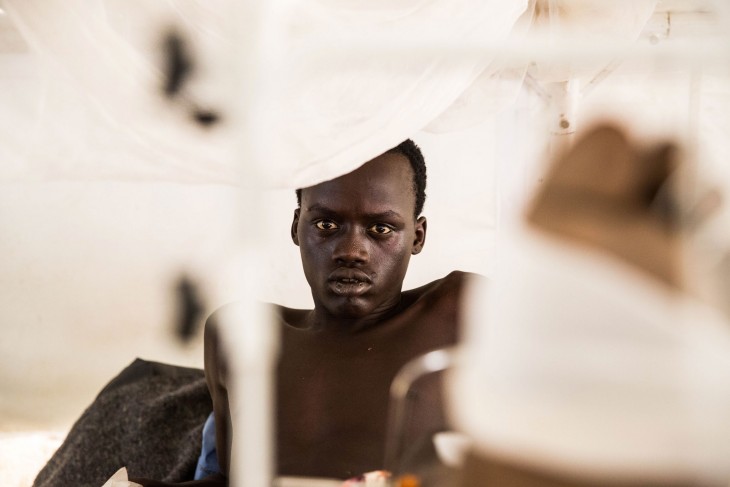 September 12, 2018, South Sudan President and opposition leader sign a peace deal to put an end to a conflict that has caused around 350,000 direct and indirect deaths

The peace agreement holds in most parts of the country but hunger is again on the rise. This fragile peace is the key hope for millions of people. Stability is desperately needed for farmers to harvest, children to go to school, and for the population as a whole to trust that the cycle of violence will stop and they can return home.

Every day, the ICRC supports the most affected communities in #SouthSudan

By air
By river
By land

Since the beginning of 2019, we have distributed 4,224 tonnes of food. pic.twitter.com/MFAe4MAa7O

In the peace agreement, the ICRC is mentioned as a neutral facilitator for the release of prisoners.

Last week, we facilitated the release of 15 people detained in relation to the conflict in #SouthSudan. pic.twitter.com/SI8NoqTsVw