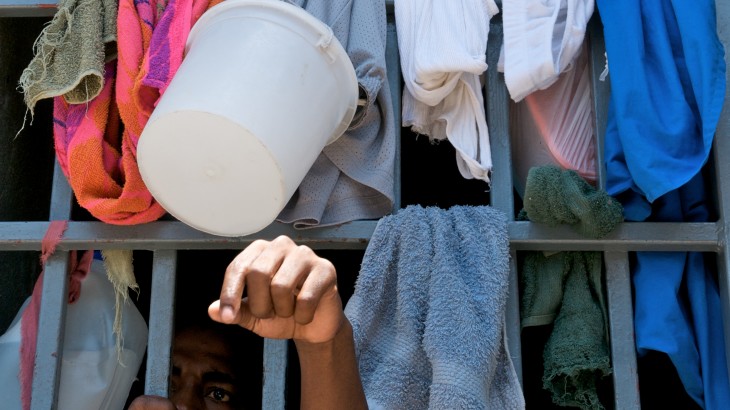 I am very grateful for the opportunity to address you here today. It is the first time that a President of the International Committee of the Red Cross (ICRC) speaks at the ICPA Annual Conference and therefore a very special moment for my organisation and for myself. I would like to use the time available to explore how we can both -the ICRC and the prisons and corrections professionals - work even closer together in future.

The ICRC has a special mandate to work in detention, as determined by the Geneva Conventions. We monitor the conditions of Prisoners of War and of civilians detained during conflict or other situations of violence. Although our capacity has limits, we may also offer our services in other circumstances, usually where there is a history of conflict and violence or where other severe humanitarian needs are emerging. The essence of our work in any place of detention is humanitarian: we focus on detainees’ security, dignity, access to adequate food, sanitation and medical care. We also try to ensure they can maintain contact with their families during their detainment.

In 2013 the ICRC visited 750,000 detainees and made more than 23,000 individual interviews with detainees. 40 % of the detention places we visited were in Africa.

This work is carried out in close cooperation with political and detaining authorities, and I trust many of you here today know very well how we operate. If you have worked with the ICRC before, you also know that the principles of our work are critical, because our experience shows that this is the most efficient and safe way to gain access and to operate. We visit places of detention to make sure that our evaluations are based on facts: we see for ourselves which resources are available, which infrastructure exist, how the conditions impact on the safety and well-being of detainees. We don’t visit just once, but we come back.

We speak to detainees in private; we ask for complete lists of detainees in each facility. We do all of this in close and confidential dialogue with the detaining authorities, and it is with these authorities that we seek solutions.

The methodology supports an adequate understanding of the places of detention and related environments – and helps to identify potential partners inside and outside the detention world. It is critical in designing our response and in monitoring the impact on detainees. Preserving the individual detainee’s human dignity remains the ICRC’s ultimate goal.

We all know that detainees are – by the fact of their isolation – vulnerable and it is our task and goal to protect them from arbitrary practices, persecution and abuse: Not only children, the elderly or sick people are vulnerable. Persons under interrogation, or accused of crimes against the State, those convicted to long-term or death sentences need our particular attention as humanitarian actors.

One observation I have made again and again in our contacts with penitentiary services across the world is that for most politicians and institutional politics, prisons are never a priority. Resources, in particular financial resources, are scarce for present needs as well as for planning and conceptual work. As a consequence, many of the challenges in detention can be traced back to a simple, yet fundamental failure to keep prisons and corrections in step with the modern world. This is reflected in outdated legislation, practices and buildings, which then result in anything from food shortage to overcrowding.

Overcrowding is a persistent problem in many prisons. States and societies feeling threatened in their existence and prosperity are struggling to contain the relatively small number of detainees who represent such threat. They are, as a result, often failing to provide conditions conducive to eliminating that threat.

This means that overcrowding can reach dramatic proportions, which in turn leads to severe security and health risks for detainees and staff. Many under-valued and over-stretched prison services are already struggling to attract and retain staff that can withstand these pressures and remain humane in their treatment of detainees.

Overburdened court systems can’t keep up with the numbers of people accused. And because more is invested in capturing people than in meeting fair trial obligations, the conditions for pre-trial detainees, again, put at risk the health and safety of detainees and staff. High pre-trial populations are, I believe, a recurrent challenge for detention, in many countries around the world as much as in Africa.

Health in detention is another focus area of the ICRC’s work: Being treated as a patient in response to health care needs, without discrimination, and with respect for medical confidentiality, is every detainee’s fundamental right. Yet, the lack of primary healthcare and access to medicines and treatment, combined with low levels of hygiene, lack of water and extreme weather can lead to conditions that simply violate the dignity of detainees.

As we speak, ICRC colleagues and local prison services are fighting to prevent the scourge of Ebola in West Africa, to avoid that entire prison populations fall victim to the pandemic. Because detention centres are ideal breeding grounds for pandemics, we have to pay special attention to maintaining the highest possible health and hygiene standards. In this regard, ICRC has considerably increased its prevention and response capacities over the past few weeks.

Another challenge is sexual violence in detention, which is often one aspect of a larger societal problem: where the rule of law has given way in prisons to mob rule and extortion, the door to various forms of violence by staff and detainees is wide open. Reintegration of detainees in society will probably not be successful if detainees serve their sentences in such an environment.

I am glad that the members of the ICPA have dedicated this year’s conference to the topic of reintegration, which is an essential feature of a modern prison service. At the ICRC, we focus on supporting you in your analysis and planning, to anticipate and prevent problems and to support the creation of adequate conditions for reintegration. Moving forward on this objective also needs qualified, dedicated and decently paid staff.

Effective cooperation between the ICRC and national prisons and corrections services is vital. But cooperation with other relevant national bodies such as courts, the judiciary, health, education, finance and employment ministries, oversight and civil society bodies as well as donors -is also essential.

The ICRC tries to provide solutions to these challenges in different ways: from direct, urgent assistance to the detainees (for example hygiene items, food or bedding), to their families (help in establishing and maintaining contact), to the repair of essential infrastructure (sewage and water systems), the support and advice on systems for management and maintenance, to facilitating high-level discussions among different ministries.

We want to support you in your change agenda, as a sounding board for your plans and ideas and have therefore included in our staff experienced prison system advisers – two of them based in Africa. What the ICRC can offer is the experience of an organisation working in detention facilities in more than 100 countries and thus the cross-fertilization of best practices.

Prison design and building tend to be a nexus for the challenges I mentioned. It defines many other aspects of life in detention over time -from food distribution to sanitation and healthcare.

Even before construction plans are drawn many questions thus need careful consideration: Who is currently detained, and how successful are current services in achieving reintegration? Who does the State wish to detain and why? Do the legislation and sentencing practice support the goal of integration?

While all this seems obvious, the ICRC continues to observe poor and even potentially dangerous practices in the area of prison planning and construction. In some situations this may be driven by misguided involvement of donors and private companies who simply import templates that have served well somewhere else. Sometimes mistakes are the result of the inexperience of authorities in charge, as for many decades no prisons have been built.

Poor practices that the ICRC has seen include the absence of proper needs assessment, the lack of planning and oversight, inappropriate locations, and wasteful designs, which over time will suck resources away from meeting the real needs of managers, detainees, detainees’ families and the society at large.

In its 150-year old history, the ICRC has enlarged its focus from an organization mainly active in protecting the dignity of the wounded on the battlefield, prisoners of war and civilian detainees in armed conflicts, to a body whose work includes detainees held under criminal law, detainees under the jurisdiction of international tribunals and detained migrants. Some of the lessons-learned may be relevant to you:

The ICRC wants to be part of the change you can bring about. We are here as your partners, and we want to understand your reality; benefit from your vision and support you as good as we possibly can. We are asking ourselves: How can we best assist you when significant investments are finally being made, to replace outmoded buildings and systems? How can we, together, ensure that new investment gives space to policies and practices, which do not harm detainees or society?

We stand ready to assist you in planning and improving detention centres, and their internal functioning, as well as delivery of essential services like healthcare, hygiene, and nutrition. We can offer advice on what to focus on when building new prisons. We can help you to put in place adequate healthcare facilities for detainees. But our role can only be subsidiary.

As a neutral, independent and impartial humanitarian actor, we are willing to facilitate exchanges and cooperation between all stakeholders so that common solutions are found ­oriented to the future and with the dignity of the human being at the centre.