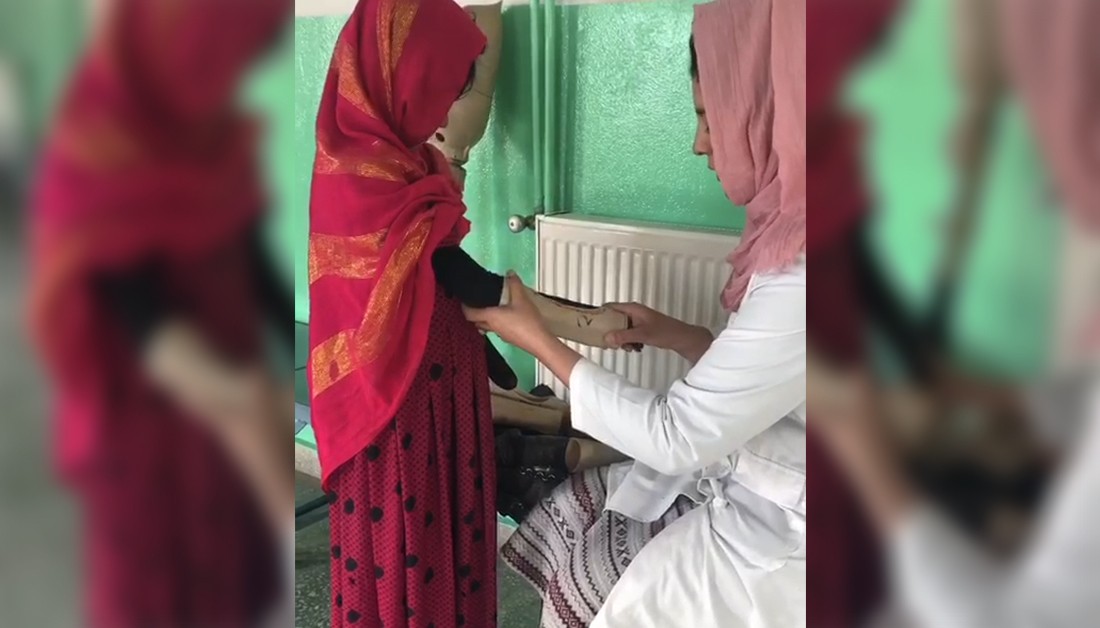 After an explosion, a second chance at childhood

The spoon touches her lips. A triumphant smile. Who is this little girl, and what's her story? There's so much more to her than a video clip can show.

Shazima lives in Khost Province, Afghanistan. One day while she was playing outside with her little brother, she picked up a toy from the ground. Except it wasn't a toy, it was a grenade, and it exploded.

Before she lost her hands, Shazima helped her family take care of the cattle on their ranch. Now her family supports her as best they can. They're no strangers to such tragedies – her father had to have one of his hands amputated 30 years ago.

Shazima spent two weeks recovering in a physical rehabilitation centre, and has had regular physiotherapy since then. Described by her physiotherapist as "friendly, easy-going and quick", she's responded better than expected. She doesn't have to take medication anymore, and from now on only needs to come back to the centre every three months, to get a new prosthesis to fit her growing body.

She's been enrolled in the local school and given supplies, all with the help of the ICRC, which also covers her medical bills and physiotherapy sessions.

Her physical wounds may have healed, but the mental scars will take longer to fade.