Aleppo: As fighting rages, everything must be done to protect civilians 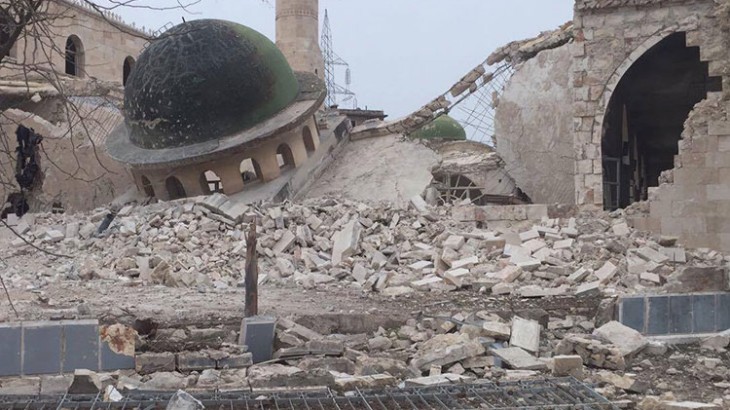 Destroyed buildings line the streets in Masaken Hanano, one of the districts in East Aleppo.

The head of the International Committee of the Red Cross in Syria is appealing to all sides fighting in Aleppo to do their utmost to protect the civilian population. Since the escalation in violence in Eastern Aleppo these past few days, at least 30,000 people have fled to the West of the city, while countless others are expected to have escaped in other directions. That number is likely to rise, possibly by tens of thousands.

"The people who're fleeing take a lot of risks. There is shelling, explosions and sniper fire. People have left behind virtually everything," said Ms Gasser, speaking in Aleppo.

"They must be guaranteed protection and safe passage. We appeal to all sides to ensure this. We at the ICRC are ready to help, but it's up to those who are involved in the fighting to protect civilians."

The ICRC and Syrian Arab Red Crescent (SARC) were granted access to Masaken Hanano, one of the districts in East Aleppo, in order to assess the living conditions for people who decide to come back once it will be possible. Hanano was previously under siege and has now been retaken by government forces following heavy fighting.

"The place is deserted and there is immense destruction all along the road. Aleppo city and the southeast rural areas have already received thousands of displaced people. More people continue to arrive from the east. In a bad, very bad state. People's main wish is to return to their houses," said Ms Gasser.

People who manage to flee either left by foot for the Government-held areas in the West or crossed further north to Sheikh Maksood and surrounding areas. Most of them came from Hanano area, Haydaryee, Inzarat, Beedeen, Sakhour, Shaar, Katrji, Jabal Badro and other areas in Eastern Aleppo. They are then transported by the authorities to two collective shelters of Jibreen and Mahalej where the Syrian Arab Red Crescent, the ICRC and other local organisations have been responding with basic humanitarian aid. 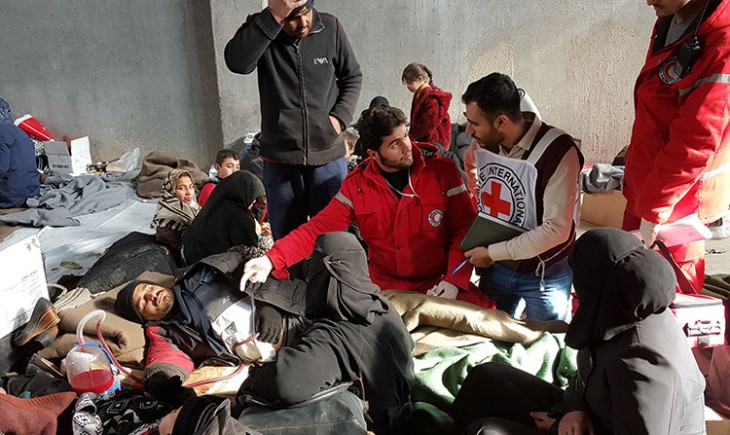 The SARC dispatched mobile medical teams to treat the sick, injured and malnourished. The teams work 12 hours per day and, since 27 November, have treated over 2,500 people. As the shelters lack basic amenities, the ICRC and SARC installed emergency water tanks and sanitation facilities, and provided food, blankets and mattresses. As the situation evolves, the organisations are scaling up their response to deal with new arrivals.

"We saw buses arriving with people, more and more people. Hundreds were arriving every hour while we were there. Conditions are very difficult. People are in shock. They're tired and cold, many of them are still covered in dust and need medical help. It's heart-breaking," said Marianne Gasser said.

"It's all very basic. First of all, we need to ensure dignified conditions for these people. One of the shelters is a cotton factory, a huge hangar where some 15 thousand people will expect to be accommodated."

For more information or to arrange interviews, please contact: