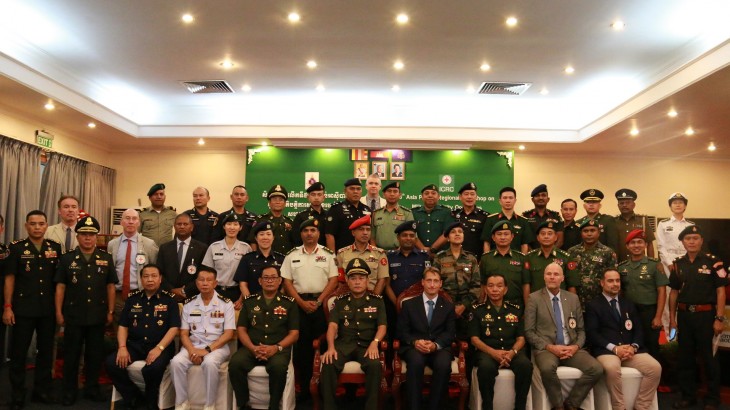 The International Committee of the Red Cross (ICRC) and the Royal Cambodian Armed Forces (RCAF) collaborated to host the fifth edition of the Military in Security Operations workshop in Phnom Penh from 11 to 13 June.

Over the course of the three-day workshop, military and key law enforcement officials, defence attachés from ASEAN member States and officials from key embassies discussed the differences between armed conflict and law enforcement operations through a mixture of case studies and plenary discussions. 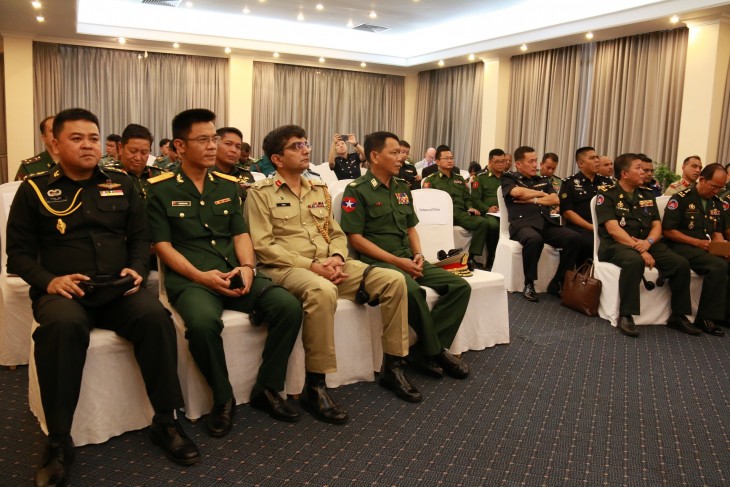 They also spent time on the norms and standards that guide the military and police in the application of their powers.

Inaugurating the workshop, General Ith Sarath, the RCAF's deputy commander-in-chief and chief of joint staff, said, "In every operation, military commanders must incorporate the principles of the law of armed conflict and instruct their subordinates to correctly attack legitimate targets and avoid other zones as determined by the law."

He also emphasized upon the importance of the course and stressed the Cambodian government's willingness to host regional events organized by the ICRC.

Under orders from the Ministry of National Defense, General Sarath leads a special technical working group devoted to developing, widening and enhancing cooperation with the ICRC on issues related to the law of armed conflict. The workshop too fell under the group's purview.

The workshop's main objective was enhancing participants' awareness of their obligations under domestic law, as guided by humanitarian law. Additionally, it focused on deepening their understanding of how they could lawfully and appropriately exercise their enforcement powers.

To achieve this, the workshop was designed to facilitate open discussions between participants and ICRC experts on topics like the balance between human rights and law enforcement, how to check situations of violence and crowd management.

Colonel Nipon Inmai, commanding officer from Thailand, found key points about the four basic principles that govern law enforcement – proportionality, legality, accountability and necessity – the most useful. He said these would help him deploy his troops more effectively and avoid unnecessary violence while conducting security operations in urban areas.

Major General Sarim Ouk, deputy director of Training Directorate of the RCAF, said the workshop aided his work to protect humanity. He also shared his plans to organize regular sessions to train other military officials on the application of IHL.

Roman Paramonov, head of the ICRC's mission in Cambodia, also reiterated the importance of promoting IHL. "It is important that all groups learn about how IHL applies during special operations. In this respect, we must do everything we can to ensure that armed and security forces uphold humanitarian principles while planning and executing operations," he said.