Cambodia: So little, yet so much for people with disabilities 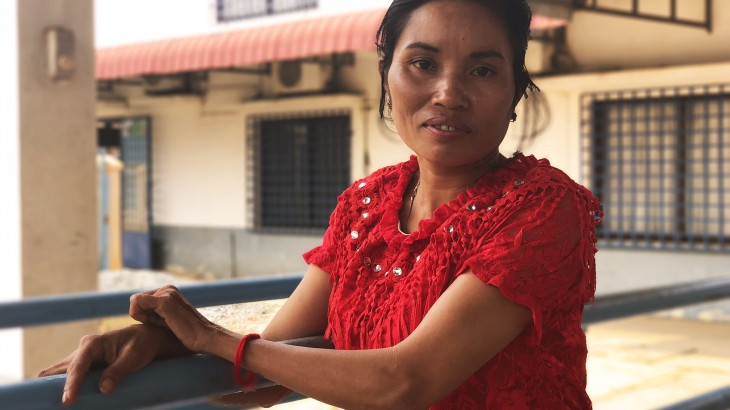 Of Cambodia’s total population, close to 150,000 people are said to be living with disabilities. While some lost their limbs to landmines, others were affected by the armed conflicts. There are also many who were born disabled or lost the function of a limb due to illness. To help integrate them into the society, many non-governmental organizations and authorities offer financial assistance and various facilities so that those with disability can sustain themselves by earning a livelihood.

To introduce one such programme in Kampong Speu, the International Committee of the Red Cross (ICRC) recently organized a briefing session for potential beneficiaries at the physical rehabilitation centre in the province. The participants were former members of the Cambodia Women’s Wheelchair Basketball Federation who no longer play due to personal financial crises. Fortunately for them, they would be able to rebuild their lives with the grants offered by the ICRC. 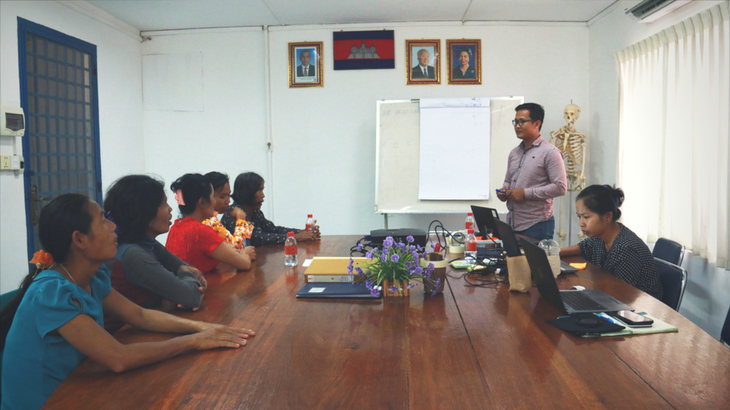 Clad in a bright red floral shirt, one of the participants, Mrs. Chenda Sorn, said she became disabled when she was four years old. “We did not have medical facilities back then. I had high fever but due to inadequate medical intervention, my left hand was left paralyzed. I had lost my husband a few years ago and have to earn a living for my son and myself. This grant will allow me to open a grocery store,” she said.

Seated next to Mrs Chenda, both Mrs Sokea Yurng and Ms Vichera Touch had also become disabled due to lack of medical help when they were ailing.

Having been denied the opportunities that are typically present in the society, these women also find themselves struggling because of lack of education and the sole responsibility of raising a family.

Mr Chhieng Hai, the coordinator for ICRC’s microeconomic initiative programme, said the cash grant is provided to beneficiaries to help them run small businesses. “The disabled people that I have been working with are mostly poor and do not have access to typical jobs,” he shared.

Mrs Sokea said the cash grant would allow her to expand her small business wherein she buys recyclable waste products. “My husband and I earn between 5,000 and 10,000 Cambodian Riel daily by collecting and buying waste like bottles, plastic and some other reusable item from scavengers,” she said.

Mr Chhieng said the grant is between 800 and 1,000 US dollars per beneficiary and it is provided to somebody who is between 18 and 62 years of age and has a clear and workable business plan. “They should be motivated and their proposal should be viable in their village or community,” he added. To monitor the progress, the ICRC team visits the beneficiaries thrice within the first eight months.

The ICRC had earlier implemented the microeconomic initiative programme in Battambang province. Encouraged by the success there, the organization decided to extend it to Kampong Speu.