The winner of the Health Care in Danger (HCID) special award for the Arma 3 contest is ROBJ2210, who developed a civilian air rescue operation. Launched by the ICRC and Bohemia Interactive in April 2014, the HCID special award aims to promote respect for health-care personnel and facilities within the virtual reality of combat simulation.

"I was impressed by the large number of entries that contain clear references to International Humanitarian Law rules", says Christian Rouffaer, ICRC legal expert and one of the judges of the Make Arma Not War contest. "Some underlined the indiscriminate nature of anti-personal land mines, gave the choice to players to interrogate prisoners legally and to uphold general respect for the life of civilians and non-combatants. Amongst these entries there was one 'single player mission' that managed to capture the spirit of the Health Care in Danger project. The mission is called "PILOT CIVILIAN AIR RESCUE ON MISSIONS". 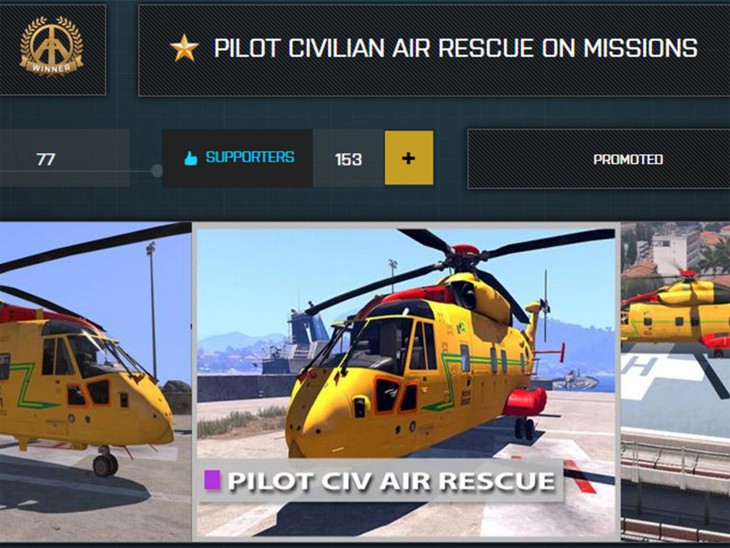 "There are several reasons why this particular single player mission won", continues Christian "First, it's fun to play, but at the same time retrieving an injured person and delivering him safely to a hospital is challenging, stressful and rewarding. I believe this ARMA 3 mission is a great tribute to health care workers and rescuers who risk their lives everyday attempting to save the lives of others".

Video games should remain fun but Bohemia Interactive and the winner of the Health Care in Danger contest demonstrated awareness for essential issues, such as the protection of access to health care could also come from an unexpected direction. "The Health Care In Danger Special Award is a way to inspire the inventive Arma community to create something original in the context of a tactical military game, and at the same time raises awareness of an important real-life issue, which fits perfectly into our ongoing co-operation with the ICRC " says Ivan Buchta, Creative Director at Bohemia Interactive.

The ICRC has been expanding its contacts with producers of video games that simulate real-war situations, in order to understand the opportunities that such games represent for disseminating knowledge of International Humanitarian Law. This contest aims to generate a change in virtual reality, which can hopefully be carried into the real world. The winner will go on a one-week trip to an ICRC delegation.

For more information on the topic: