Colombia: Victims must be at the centre of the public agenda 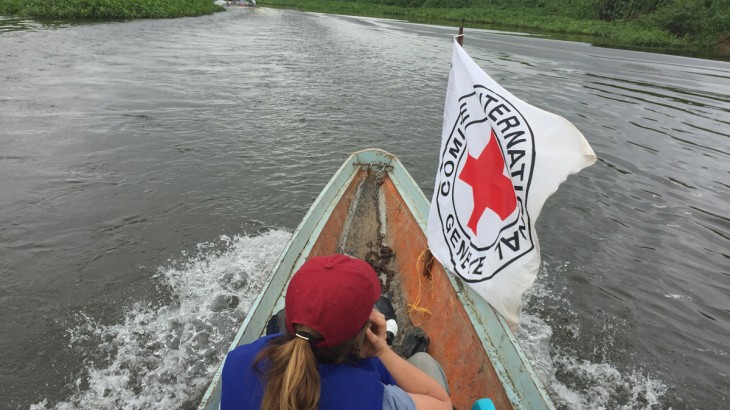 For the ICRC, the most critical humanitarian challenge currently facing the country is finding the people who have disappeared as a result of the armed conflict and violence.

Bogotá (ICRC) – The challenges of implementing the Peace Agreement between the Colombian government and the Revolutionary Armed Forces of Colombia–People's Army (FARC‑EP), the uncertainty of negotiations with the National Liberation Army (ELN), insecurity in some of the remotest areas of the country, the tragedy of missing people and the serious prison crisis are particularly concerning for the humanitarian organization.

“The effective implementation of the humanitarian aspects of the Peace Agreement cannot be delayed any longer. Despite recent progress on the Missing Persons Search Unit, the delay in getting it up and running is concerning,” said Christoph Harnisch, head of the ICRC delegation in Colombia, during the press conference for this year’s annual report, titled Humanitarian Challenges 2018 (in Spanish). “It is time that the victims of all these years of conflict receive the attention that they deserve. If Colombia truly wants to overcome so many years of pain, it must ensure that it puts the victims at the centre of its public agenda,” he said.

For the ICRC, the search for missing people is the main humanitarian challenge that the country faces. In 2017, the organization helped 271 people to ascertain what had happened to their missing relatives. Of those, 133 re-established contact, while the remaining 138 were notified that their loved one had died. In addition, the remains of 19 people who had died in conflict zones were recovered and handed over to the authorities for identification.

“The reduction in armed violence in some parts of the country contrasts with the continuation of serious incidents of violence and the lack of concrete improvements in the lives of the communities that have borne the brunt of the armed conflict,” said Mr Harnisch. “What’s more, the ongoing armed conflicts with the ELN, the People’s Liberation Army (EPL), the Gaitanista Self-Defence Forces of Colombia (AGC) and structures of the former FARC-EP Eastern Bloc that did not accept the peace process continue to have a serious impact on the most vulnerable sectors of the civilian population.”

In 2017 alone, the ICRC carried out 14 emergency humanitarian operations in the country and 65,700 people benefited from its work. “We have worked on initiatives that provide support for the search for missing people, emergency aid to displaced people, support for victims of sexual violence, education to reduce the risk of accidents with explosive devices, and other activities to meet the needs of those affected by the conflict and armed violence,” explained Christoph Vogt, the ICRC field operations coordinator in Colombia.

During almost 50 years of work in Colombia, the ICRC has witnessed the resilience of hundreds of thousands of Colombians who, even in the most painful of circumstances, have borne adversity with positivity. “In a decisive year for the country, the ICRC remains determined to support the victims of conflict and armed violence. As a neutral and humanitarian organization, we stand ready to continue helping the Colombian people and alleviating the suffering caused by violence,” pledged Mr Harnisch.