Democratic Republic of the Congo: 5,000 people with disabilities cared for since 1998

On this Wednesday 3 December 2014, coinciding with the International Day of Persons with Disabilities, the International Committee of the Red Cross (ICRC) has crossed a symbolic threshold: 5,000 patients have been fitted with orthopaedic devices since the start of its physical rehabilitation programme in the Democratic Republic of the Congo.

"Sixteen years after it was set up in the Democratic Republic of the Congo, the ICRC's physical rehabilitation programme has enabled thousands of Congolese men and women living with a disability to regain self-confidence and dignity, to reintegrate into the community and to focus on their capacities rather than their incapacity," explains Yvan Sidler, head of the ICRC's physical rehabilitation programme in the country. 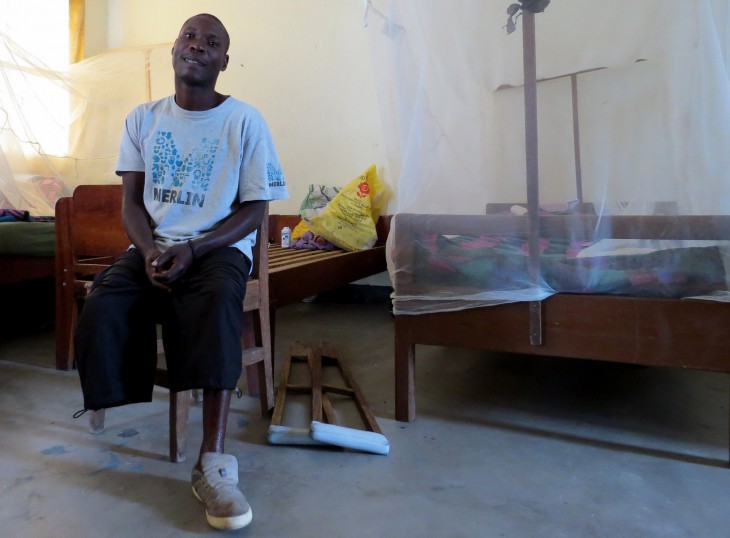 The 5,000th patient to receive care is Emmanuel. He was travelling home by bus to Butembo (North Kivu) two years ago when his life changed forever. Caught in crossfire between the national army and an armed group, he was hit in the leg. The wound was not treated properly, and he spent months in different hospitals until his leg was amputated in 2013. "I am a farmer and a mechanic. Since my accident, I can no longer work in the fields. I no longer have a job. My family has rejected me and my wife has lost patience. She has stopped coming to visit me. Nobody wants an invalid," he says.

Today, Emmanuel will at last receive an artificial limb at the Shirika La Umoja orthopaedic centre in Goma, which is supported by the ICRC. A first fitting had caused injury to the stump, so he had to wait until the wound had healed. But Emmanuel remains confident and is impatient to start walking again and to get back to work: "I was never one for sitting around doing nothing or spending my days in bed. It's very tough. This prosthesis will change everything. I am hopeful that once I can get up and walk I will be able to go back to my old life, to start cultivating my land, to see my children again and maybe my wife."

Focus on the two Kivu provinces

Implemented in the past in the provinces of Katanga and Kasai Oriental, today the physical rehabilitation programme focuses on Kinshasa and, above all, North and South Kivu – the main areas of conflict in the last two decades. In this region in the east of the country, the bullets of armed men continue to claim many victims. The ICRC helps many people who are in the same situation as Emmanuel, including children.

In February 2013, while they were playing as usual in the courtyard of their home in Kitshanga (North Kivu), Bonanée, age 10, and her cousin Rebecca, 7, were wounded in the legs by gunfire from violent clashes between the Congolese army and an armed group. Rushed to Mweso hospital, they both had to have their right leg amputated. The ICRC then took charge of them and transferred them to Goma, where they received their first prostheses in October 2013. 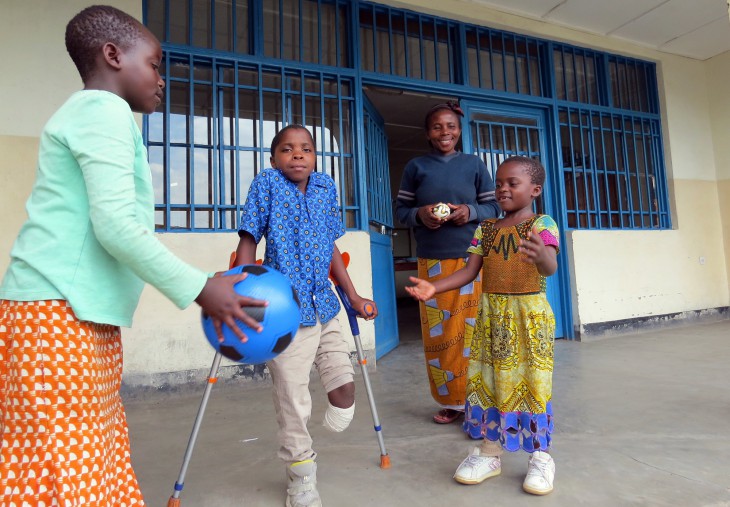 Now the two cousins have grown and are impatiently awaiting new prostheses adapted to their size. Rebecca's father is optimistic about the girls' reintegration into the community. "When we get back to Kitshanga, it will be a day of great joy for the whole family. Life will resume its course, the children will walk as if nothing had ever happened. We will soon forget their disability, until the next visit." Bonanée's mother is nevertheless aware of the obstacles that the children will face in their daily lives as they grow up. She came to Kitshanga after having to flee the Masisi mountains because of armed conflict, and she does not anticipate returning to her home village for the moment. The situation there is still too unstable and her daughter's physical condition means it would be very dangerous if they had to flee the fighting again.

In the Democratic Republic of the Congo, the ICRC's physical rehabilitation programme aims to help people with physical disabilities, primarily the victims – civilian or military – of armed conflict and other situations of violence who are in need of an artificial limb or orthotic device. Physical rehabilitation centres run by religious congregations (such as the Rehabilitation Centre for the Physically Disabled in Kinshasa, Heri Kwetu in Bukavu and Shirika La Umoja in Goma) provide the different services, which include: the provision of material and orthopaedic components, training for orthopaedic staff, financial and psychosocial support for the beneficiaries, the organization of sports activities for people in wheelchairs, and the construction of access ramps for people with reduced mobility. 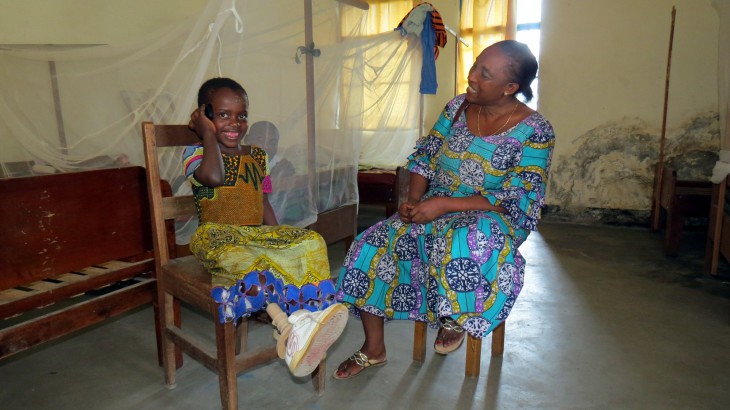 In 2014, through the ICRC's physical rehabilitation programme in the Democratic Republic of the Congo:

While the ICRC carried out some physical rehabilitation activities before 1979, the launch in that year of its physical rehabilitation programme marked the beginning of a major commitment by the organization in this field. Over time, the ICRC has assumed a leading position in this domain, mainly because of the scale of its activities (which have since been extended to the whole world), the development of its own technology, its recognized expertise and, lastly, its long-term commitment to the projects it supports.