Diary - ICRC president on the ground in Yemen 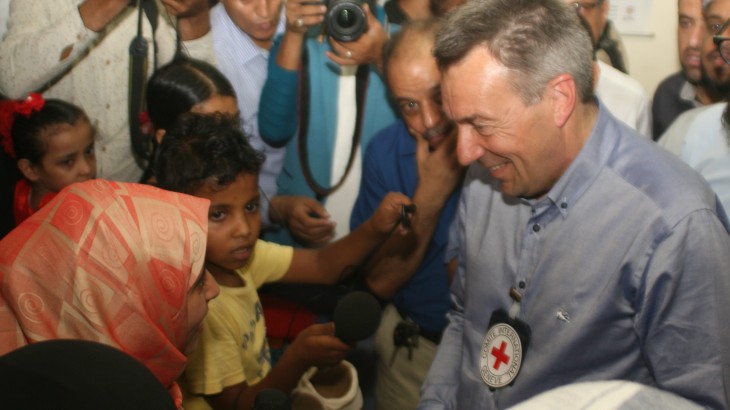 This week I'm visiting Yemen, a country so ravaged by war that public services are barely operating, including almost half of its health facilities.

In many cities and towns, water and sanitation services are also non-existent, leaving an open invitation for disease and death. Cholera thrives in these conditions. and it can kill within hours if left untreated. The cholera outbreak in Yemen is spreading rapidly, and this week our experts predicted that cholera cases will double in number to 600,000.

I'll be travelling across Yemen, to Aden, Taiz and Sana'a to listen to people's stories of suffering and survival. And I'll bring our concerns about the humanitarian situation to officials on all sides of the conflict.

An early morning arrival in the port city and Yemen's second largest city.

It seems calmer on the surface here than on my last visit, yet it is a volatile place, with violent clashes breaking out in recent weeks. The streets are filled with reminders of the deadly conflict which has raged here.

The Mercure Hotel, one of the best in Aden was once a hub of activity and hosted many events. It's unbelievable to see what remains of it. 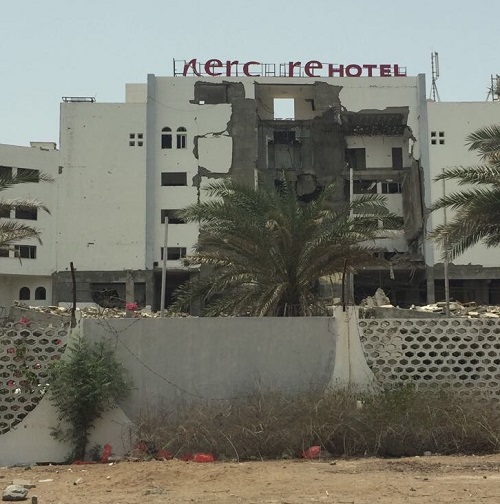 The Al Mansoura Hospital treats the war-wounded who arrive from frontline areas. Some travel for hours to get help. ICRC's mobile surgical team has treated more than 3,000 emergency patients. They are also training local doctors and nurses in mass casualty management.

The medical system has been a casualty itself of the war. Hospitals have been attacked. Now a staggering 14 million people lack adequate healthcare.

At Al Mansoura Hospital. I met Fouad, a teenager, who was brought to the hospital after a mine blast. He was treated for his injuries and thankfully is now recovering. These life-saving operations should never need to happen in the first place. I can't help wonder what Fouad's future is going to hold. 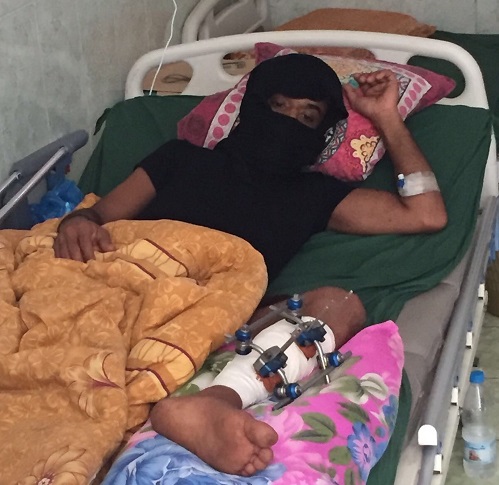 The beautiful city of Taiz was once Yemen's cultural hub, rich in history and traditions.

Today, it is a city on the frontline of the war.

From 15 months the people of this city were under siege, suffering frequent and intense shelling. The main roads remain cut off. To reach Taiz, we had to travel on the back roads, used more by donkeys than cars.

We’re forced to take the donkey trail to reach the frontline city of Taiz, #Yemen. The city is encircled and main roads are cut off. pic.twitter.com/Z87okp0l97

In Taiz, armed fighters are on the streets, buildings are in ruins. It's hard to imagine any 'normal' life going on here. This building was once an electricity plant, now bombed out by indiscriminate warfare. Water, electricity services that people rely on simply no longer operate. Humanitarian principles to protect civilian infrastucture are being so obviously disregarded and the people of Taiz are paying a great price.

This used to be an electricity plant, now it's another shell of vital infrastructure destroyed by indiscriminate warfare. #Yemen pic.twitter.com/AhLDz2yuGP

There is much media interest in my visit and I speak with many local and international journalists. CNN's Christiane Amanpour wants to know about the impact of the cholera outbreak and asks if the international community should do more:

My interview tonight with @camanpour on the impossible choices of survival that families in #Yemen must face: @CNNI https://t.co/WuncCCuecW