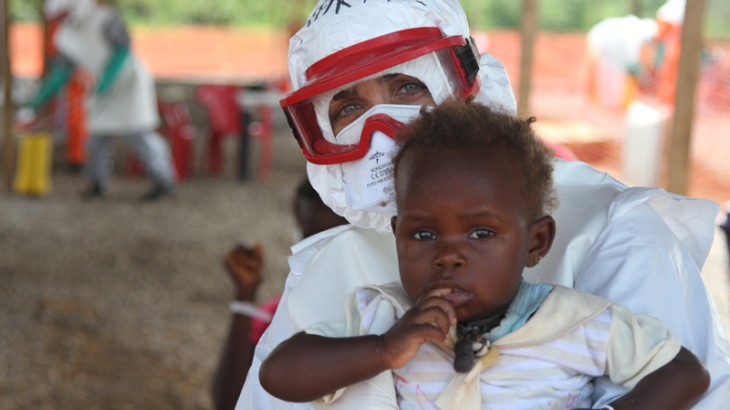 The world needs humanitarian workers in West Africa. Stigmatizing them or restricting their movement will hinder the global response.

Statement by the International Red Cross and Red Crescent Movement

An effective global response to the Ebola crisis in West Africa requires unhindered movement to and from the region for humanitarian workers. The International Red Cross and Red Crescent Movement is urging all governments to support and facilitate this, and ensure health workers returning from Ebola-affected countries are treated with respect and without discrimination. These workers are on the frontline of all our efforts to contain and combat the disease.

The international and local workers at the centre of the humanitarian response to Ebola are an inspiration to us all, and are vital in demonstrating that undertaking this work can be done in a safe and secure way. Stigma or discrimination against health workers – including isolating them with no scientific basis – will lead inevitably to a human resources crisis at a time when we need qualified people willing to join the response and go where they are most needed.

While proportional preparedness and vigilance are appropriate, travel restrictions will – and already are – hampering the Ebola response, and paradoxically, this may increase the risk of the disease spreading further.

Restrictions in West Africa could drive the epidemic underground and force patients showing symptoms of the disease to cross borders unofficially. This will make it extremely difficult for governments and humanitarian agencies to keep track of them and, crucially, undertake the contact tracing that helps to prevent the disaster growing. It also prevents us from effectively treating patients, and so will increase the number of preventable deaths.

Globally, we urge our partners, the media and governments to join the effort to fight stigma and discrimination in affected counties and elsewhere. An epidemic of fear is hindering our response efforts and thus fuelling the spread of the disease.

Fear should not lead to paralysis, but instead inspire solidarity with those taking the fight against this disease into the field where the opportunity for impact is the greatest. It is not a fight we can win from afar.

Ebola is a global problem and it requires a global response today.