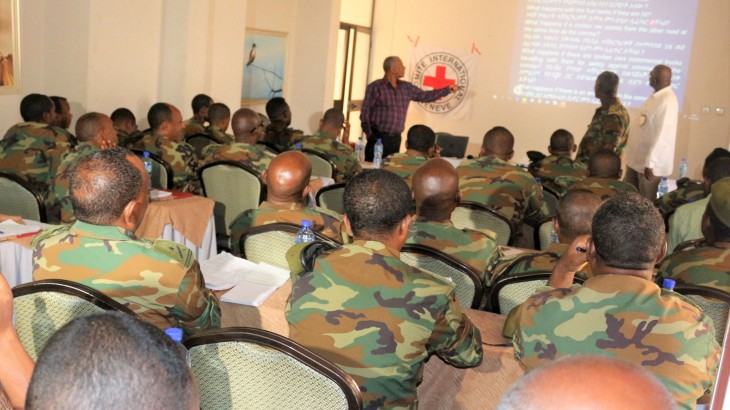 As a guardian and promoter of IHL, the ICRC strives to enhance knowledge and respect of the law among members of the army by providing training and organizing seminars. Considering the involvement of the Ethiopian defense forces in law enforcement operations in the different parts of the country, part of the training is devoted to relevant human rights standards as well.

From theory to practice, the ICRC provided a four-day IHL training (from the 16-20 February 2020) to 41 senior army personnel from South Regional Command in Hawassa, Southern Ethiopia.

One of the participants, Major Yemane Assefa, Division Operation Desk Officer, remarked: "We were enlightened that the principle of proportionality limits and protects potential harm to civilians, and when harm to civilians occur, it needs to be minimized." 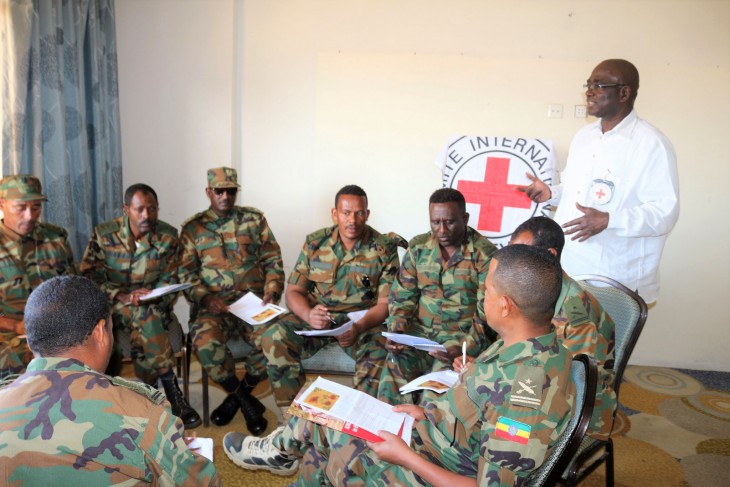 Participants in a group discussion with the facilitation of an ICRC trainer. Photo: Alemayehu Takele / ICRC

Major Tesfahun Titos from South Regional Command Education Department, another participant noted: "the training enable us to understand well our responsibilities and legal obligations in the conduct of hostilities and in law enforcement operations."

Papa Malik Diaw, Armed and Security Forces delegate at the ICRC explained: "The ICRC is jointly working with ENDF to spread knowledge of IHL among army members, especially as those with a commanding responsibility have a key responsibility in this regard. The training sessions are aimed at integrating IHL in military operations planning."

IHL is a body of international law which protects people who are not or no longer participating in hostilities and restricts the methods and means of warfare that parties to the conflict can use with the aim of alleviating humanitarian suffering.