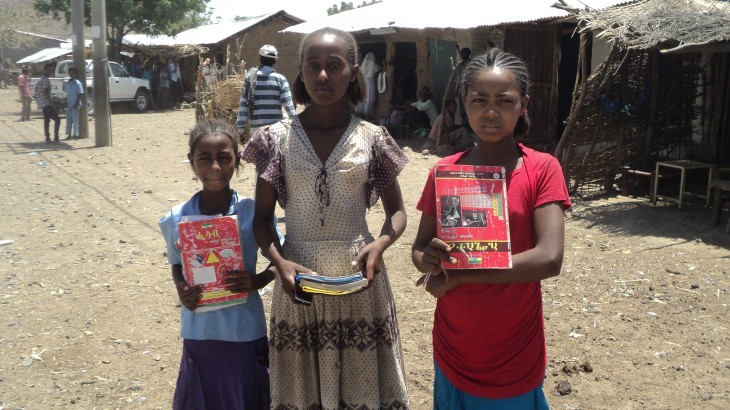 Scarcity of water is commonplace in northern Ethiopia. However, a better access to clean and safe water will no longer be a problem for 6000 residents of district Miglabferes, in western Tigray. The ICRC has built a new reservoir and upgraded the distribution network. People, especially women and children, no longer have to make a long queue and travel faraway for drinking water.

The residents of Miglabferes – especially women and children – were jubilant. No longer would they have to travel many kilometres and form a long queue for drinking water, following completion of the ICRC project, which was delivered on 26 March 2015 during a handover ceremony.

The delight among the children, women and elders of the community was evident from their long processions and shouts of "prevention is cure" and "water is life", heard repeatedly from the many people of different ages, clearly evidencing the magnitude of the problem they had faced before the ICRC project came to fruition. 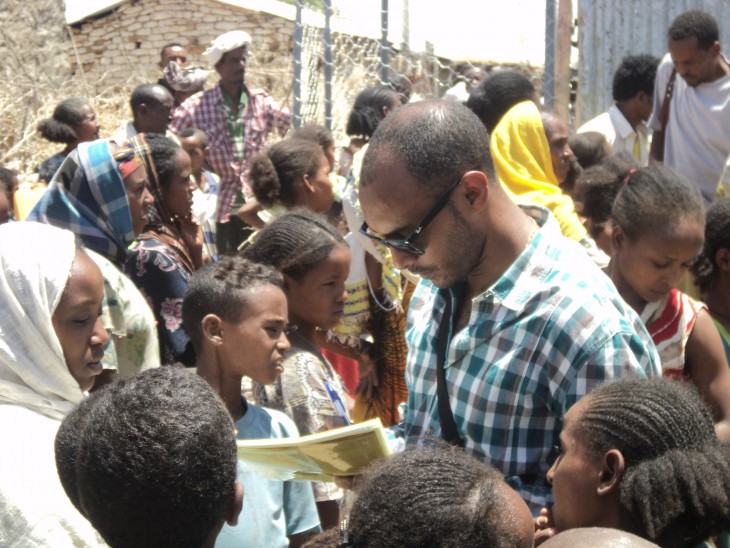 "In the past, we were suffering from waterborne diseases as we were using unclean water from the river. To get medical treatment, we had to travel great distances to the towns of Humera and Shire. However, with this project, we hope that we will no longer be affected by diseases caused by unsafe water," said Brikty Miruts, a resident.

Three schoolchildren, Tirhas Asmare, Maesho Gebremedhin and Million Gebremedhin, said smilingly: "We were often thirsty at break time as we didn't have access to safe drinking water in the school compound. We could not continue to attend our class properly and attentively. Now we have this water tap in the school as well as at home. This will help."

Pooling efforts for the community

Following a request from the district water resources and mine office and the inhabitants of Miglabferes, the ICRC took on the project to give people better access to safe and clean water.

The project consisted of the construction of an elevated reservoir of fifty cubic metres, its connection to the existing borehole, and the upgrading of the water distribution system through five tap stands, each of four taps. "Innovative for the region, the steel water reservoir has an estimated life span of 50 years," said ICRC engineer Nicole Frelechoux.

The work was carried out in coordination with the authorities and the community. "All concerned were determined to complete the water project in six months. The handover ceremony is the culmination of these concerted efforts," explained Ms Frelechoux.

In 2014, the ICRC also donated spare parts to water offices, drilled 11 boreholes and trained representatives of more than 60 communities for better management of water points or improved hygiene practices in Tigray region. In order to ensure the sustainability of the project, the ICRC, in coordination with water resources and mine and health offices, is set to organize community management and hygiene promotion training for the residents of Miglabferes. 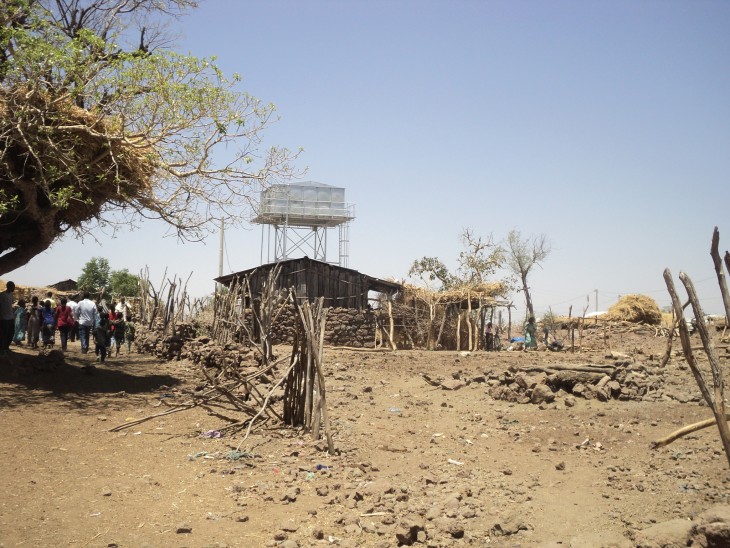