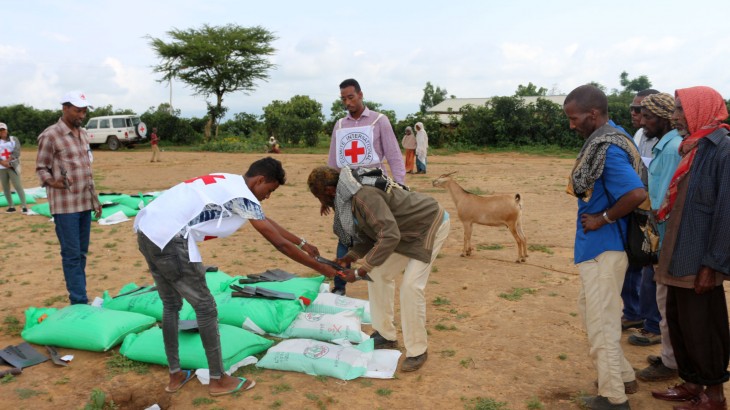 "Everything we had was gone... We were left with nothing," recalled Mohammed Ali, a resident of Gudis village in Darolebu district in eastern Ethiopia. He was among the more than 8,400 families displaced by the ethnic conflict that occurred between Oromos and Somalis in Darolebu and Hawigudina districts in West Hararghe Zone, where the two groups live alongside one another, in December 2017.

"I had 23 mouths to feed - three wives and 20 kids," he said. "After the violence, I wondered how to provide food for everyone and how to get back on my feet. I was praying every day that we would not end up with nothing to eat. Fortunately, my prayers were answered when the Red Cross gave us what we wanted most - seeds and farming tools. This brought us huge relief."

Soon after the violence, the ICRC and the Ethiopian Red Cross Society (ERCS) provided household items comprising plastic shelters, sleeping mats, blankets, jerry cans, soap and cooking utensils to 8,433 displaced households living in the two districts. Along with the ERCS, we also distributed seeds and agricultural tools from 6 to 14 June 2018 to be used in the current rainy season.

Each household received 25 kg of haricot bean seeds and 5 kg of sorghum seeds as well as a plough metal and a hoe. According to Ketema Habtamu, Disaster Reduction unit head with the ERCS zonal branch, the assistance has benefitted an estimated 50,000 family members of the affected communities.

James Reynolds, head of the ICRC delegation in Ethiopia, said the distribution was aimed at providing the vital means of production to the displaced people thereby helping them to restore their livelihoods. 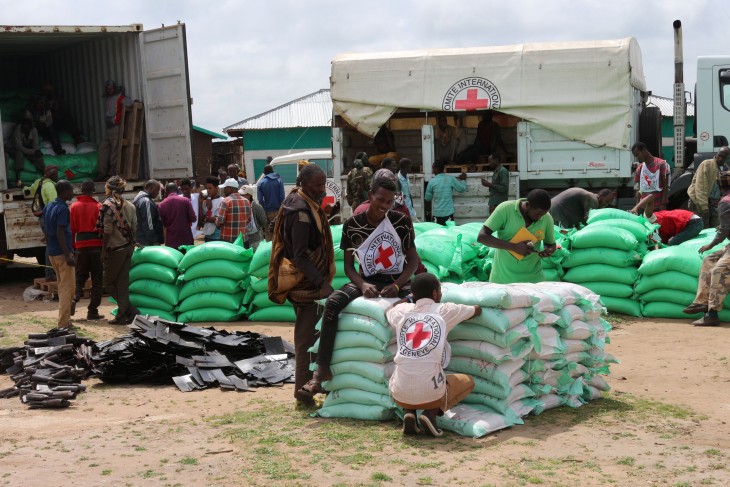 Dessie Kedir, one of the recipients of the support, is a single mother who raises 12 children by herself. She lost her younger brother, aged 19, during the violence. "We fled for our lives naked in the middle of gunfire, at midnight. Luckily, we survived. When we returned to our village at the end of the violence, our home and standing crops on two hectares of farm was burnt to the ground. My children and I were in a fix. Then came this Allah-sent donation - first household items and cooking utensils, now seeds and tools which help shed light on our gloomy future." 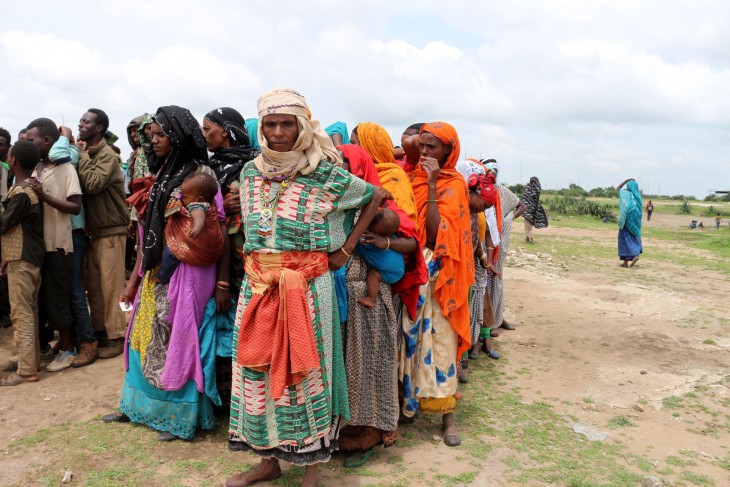 "I was afraid that my land would be idle this season for I had no seeds to sow. Luckily, these seeds and tools came which will help me cultivate beans and sorghum on my farm," remarked another recipient, Zarash Mohammed, 50, who has seven children. "From the sorghum seed, which in particular is fast growing, I expect to get a modest harvest soon. I will be able to feed my children myself." 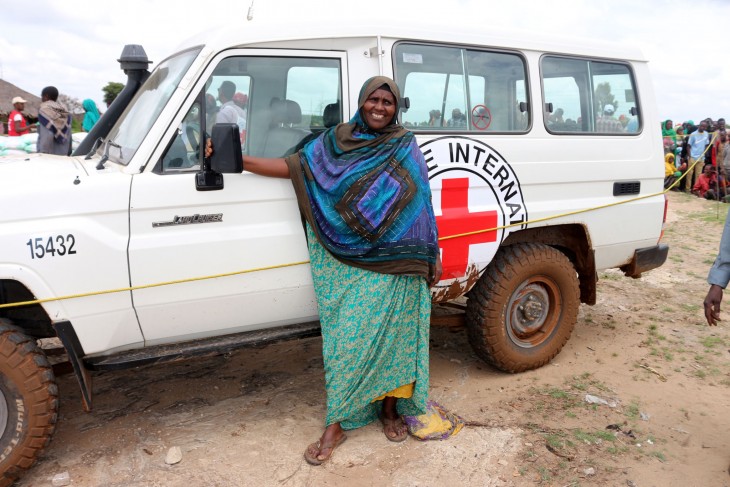 Most of the beneficiaries expect to harvest 10-15 quintals per hectare on average, provided rains come on time.

Tension between the ethnic groups along the border between the regions has increased over competition for grazing and crop land as well as access to water points. The violence has left hundreds of people dead and thousands of people displaced.

In its economic security program, the ICRC, in partnership with the ERCS, provides emergency assistance and livelihood support mainly to people affected by inter-communal clashes.