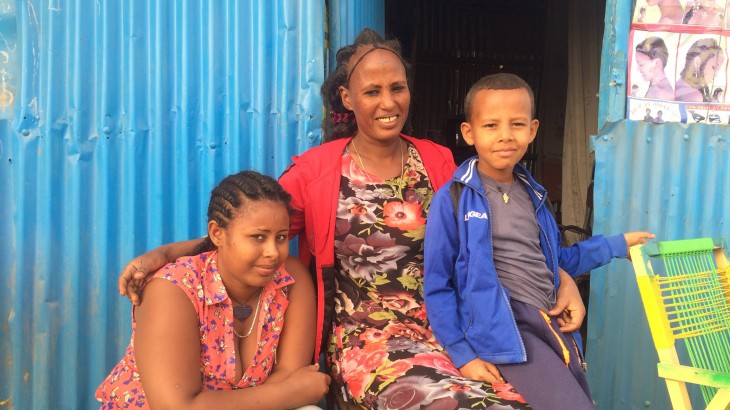 Lemlem (centre) with the daughter she had not seen in 18 years and her younger son in Ethiopia. CC BY-NC-ND / ICRC

Tears streamed down Lemlem's cheeks the whole day after returning to Ethiopia. Why so many tears? Her return voyage from Eritrea allowed Lemlem to reunite with her daughter after being apart for 18 years and to meet the sister and brother she had never met before.

Lemlem hadn't seen Merhawit since the girl was 2.

"I was emotional and started sobbing the whole day from the moment I met my daughter and sister. It is really unbelievable that I met them. When I was in Eritrea I was constantly thinking about my family. I never imagined I would meet them all again after such a long time," Lemlem said.

"There is nothing more exciting than finding your family again".

Lemlem, 40, returned to Ethiopia late last year with two sons born in Eritrea after receiving assistance from the ICRC. 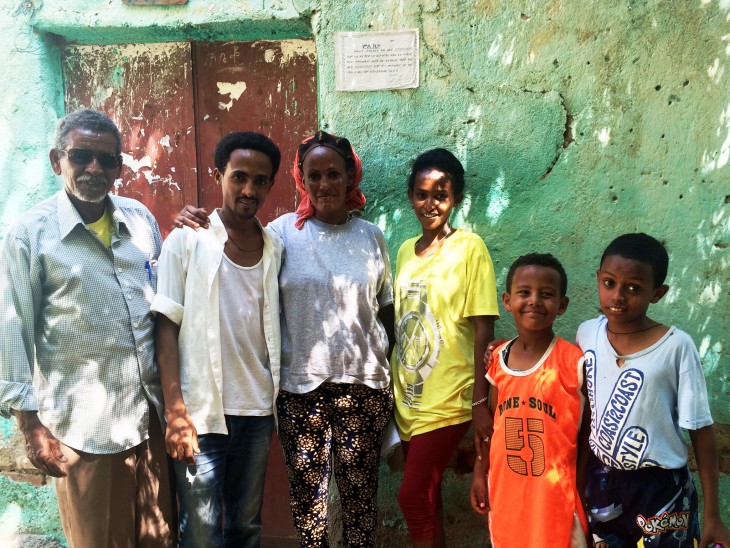 Lemlem together with her sister, her younger son and other family members in Humera, Ethiopia. CC BY-NC-ND / ICRC

Born in the Tigray Region of Ethiopia, Lemlem grew up in a small village near the Eritrean border. After Lemlem had given birth to a baby girl, Lemlem's husband abandoned the family. She then decided to cross over into Eritrea in the hopes of finding a better job and life. Lemlem made the difficult decision to leave her young daughter behind with the child's grandmother.

In Eritrea, Lemlem gave birth to two sons and raised them as a single mother. She found work as a baker – making the regional specialty enjera – and as a hairdresser. But wages were low.

"Life was so difficult, especially without the support of a family around you," Lemlem says of her time in Eritrea.

Last year, after 18 years in Eritrea, Lemlem decided she should return to Ethiopia, though she had heard the route was dangerous.

"Besides, I did not know how to obtain the papers and make sure I could take my sons along. Thanks to the support of the ICRC in Asmara, I found the courage to start the administration process," she said.

Lemlem had first contact with the ICRC in Asmara when she received news of her family in a Red Cross Message. "Ever since I left my little daughter in Ethiopia, I had not had the chance to see her. I saw her for the first time two years ago in the photos she sent with a Red Cross Message. When I got her pictures, I felt like she was right beside me," said Lemlem.

"The ICRC in Asmara helped me to cover the expenses for the transportation and supported me with getting the papers." 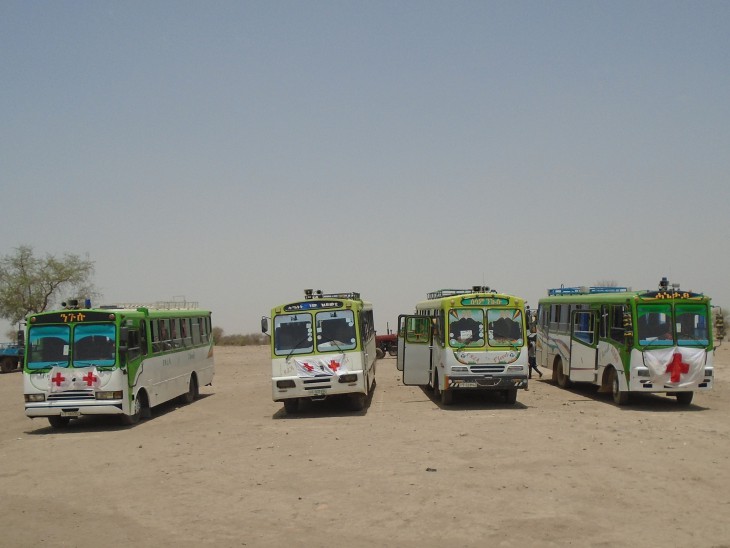 Buses used by ICRC and the Ethiopian Red Cross Society (ERCS), at the border with Sudan, facilitate the transport of returnees to their families in Ethiopia. CC BY-NC-ND / ICRC

It's a hot, dusty and bumpy two-day journey by bus across Eritrea to Tessenei, on the border with Sudan, from where Lemlem and others crossed into Ethiopia. The journey into Ethiopia concludes with a river crossing on rickety boats.

About 220 people – men, women, the elderly, the sick and the very young – made the crossing with Lemlem to start a new life in Ethiopia. The ICRC and Ethiopian Red Cross Society provided everyone with food and water and assisted over the next four days as they were processed by immigration authorities. 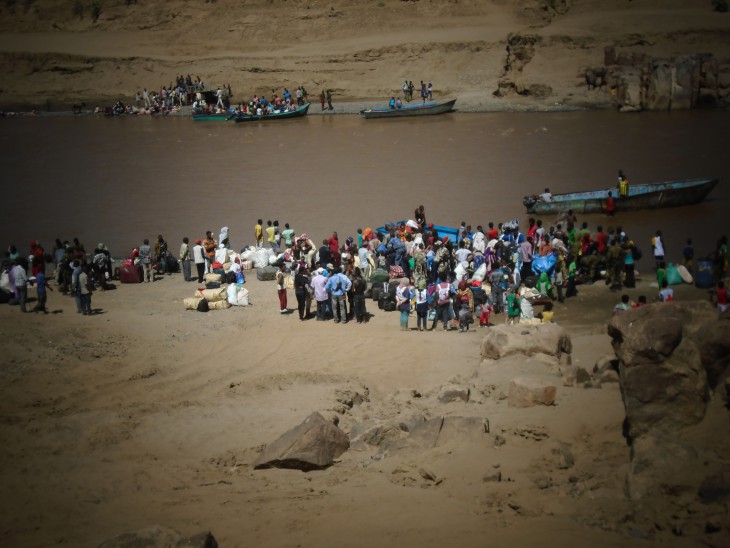 Repatriates who had been living in Eritrea upon their voluntary return to Ethiopia are being welcomed by volunteers and staff of the Ethiopian Red Cross Society (ERCS) and ICRC. CC BY-NC-ND / ICRC

After the difficult journey, Lemlem finally arrived in Humera, Ethiopia, where her daughter, brothers and sisters live. Lemlem and her sons – ages 15 and 8 -- are now living with their family. She currently runs a small coffee shop opened with repatriation money given to her by Ethiopia's government. Her dream is to open a hair salon so that she can help the rest of her family. 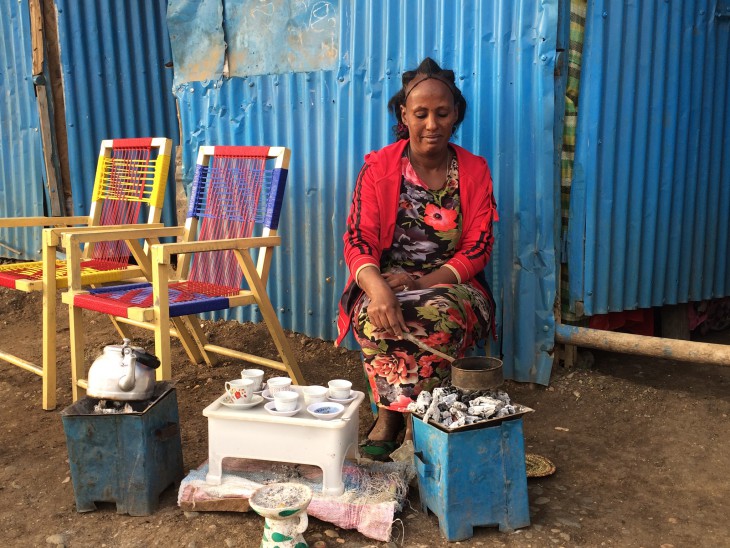 The ICRC, with the support of Ethiopian Red Cross Society and in close cooperation with the authorities on both sides of the border, has facilitated the voluntary repatriation of more than 4,600 returnees from Eritrea to Ethiopia since 2009.

Once the repatriates arrive in Ethiopia, the ICRC and ERCS facilitate transport and provide assistance including water, food, and essential household items to support the returnees.