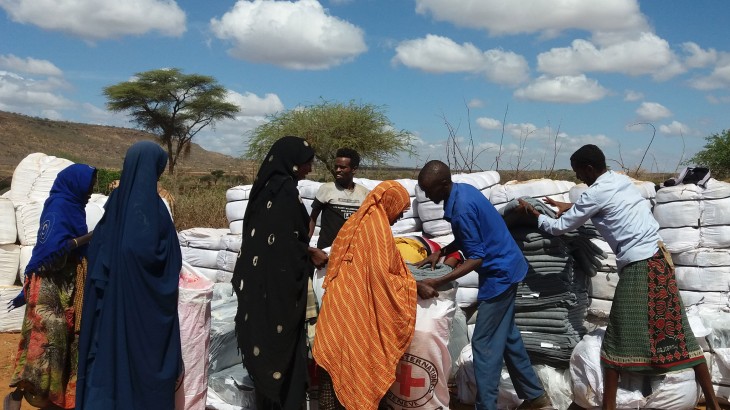 The ICRC and the Ethiopian Red Cross Society (ERCS) jointly distributed emergency relief assistance from 21 to 22 February to people displaced by ethnic violence in Eastern Ethiopia. Some 690 families displaced from different areas of East Hararghe Zone, Oromia region, and sheltered in Kore and Ali-Ethiopia localities in Somali region received the assistance.

"It is the first time for the ICRC to make such delivery to conflict-affected communities in Somali Regional State after it was forced to suspend its operation 11 years ago," highlighted Julien Lerisson, head of the ICRC delegation in Ethiopia.

The ICRC could resume its operation in the region as of November 2018 after it was invited by the Somali regional government.

Plastic shelters, blankets, mats, jerry cans, kitchen sets, and soaps were the items provided to the displaced people, according to Fowziya Kasim, an ICRC staff in charge of facilitating the assistance. 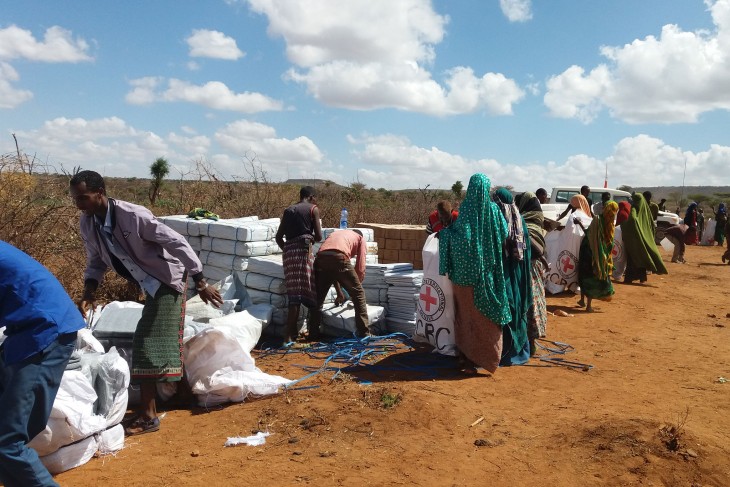 Musa Ibrahim, 32, is one of the displaced who got the assistance. He is a father of five children. "My father was killed during the violence. Everything I had back at home, my camels and goats, were looted," says Musa who still doesn't seem to have recovered from the pain of losing his father. He, however, said, "The support I got from the Red Cross was important to start my family life anew."

"The delivery is the first of its kind for me to receive, and I am happy to get it," remarked Feriha Abdi, who shoulders the responsibility of raising her one child after her husband was killed during the conflict.

The violence between ethnic Somalis and Oromos which occurred along the borders of Somali-Oromia regions had claimed the lives of dozens of people and left hundreds of thousands of others displaced.

The two ethnic groups usually clash with each other over the control of water and grazing lands. The ICRC provides assistance to both Somali and Oromo communities affected by ethnic conflict.