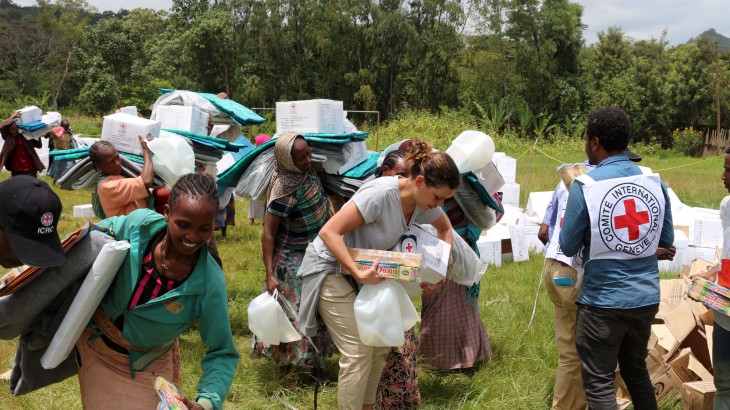 "Most of the displaced people fled with nothing but their lives. Many, including children, sleep on cold grounds in public facilities, with only ragged cloths on them to keep them warm," says Abraham Gole, Administrator of Kochere which hosts more than 82,000 affected people. "The assistance not only helps mitigate the suffering of the displaced people but also eases the burden of hosting communities whose resources have been stretched to the limit due to the influx of people to the area," He added. 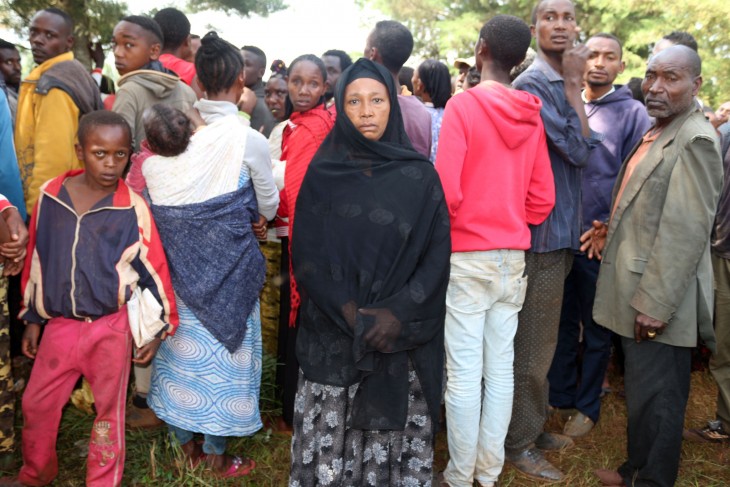 Tadesech (middle) along with other displaced people during distribution of the emergency assistance. CC BY-NC-ND / ICRC / Takele Alemayehu

"My husband was killed during the violence. As there was no time for a grief, me and my kids run away for our lives," says one of the recipient of the assistance, Tadessech Asheber, a mother of five children. She added, "For more than a month we slept on a school floor where we are sheltered with little cloths we had on top of us. I couldn't sleep properly at night as I was trying to get my children warm. I am happy now for my kids got mats to sleep on and blankets to wear in particular."

Another recipient, Aberash Wondimu, a 39 year old woman, reached Chelelektu after traveling a distance of 17 km on foot while carrying her two month old child on her back and her two year old in her arms. "As we are living in a make shift shelters, we (her family) were obliged to pass outside and it was very difficult for us to stay there when it rains. It is indeed a great relief for us to have a plastic shelter specially." 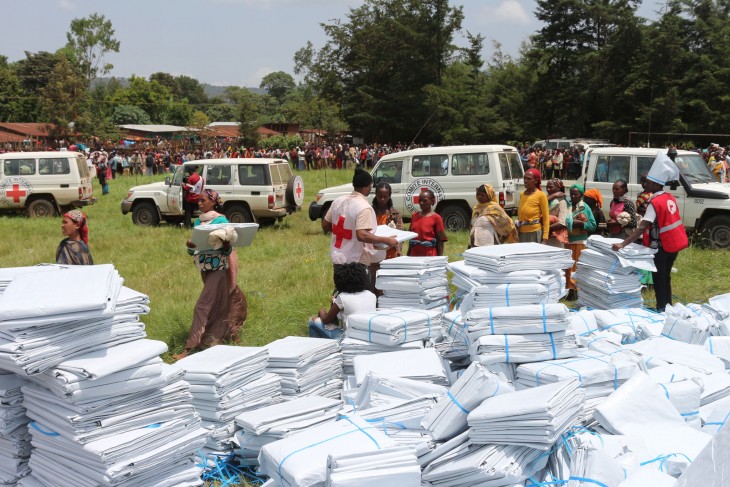 Jean Pierre Soumah, an ICRC Economic Security Delegate said the distribution would continue until the targeted community is reached.

The violence between ethnic Oromos and Gedeos that occurred along the borders of Gedeo and West Guji left an estimated 800,000 people displaced.

In its economic security program, the ICRC, in partnership with the ERCS, provides assistance mainly to people affected by inter-communal clashes.