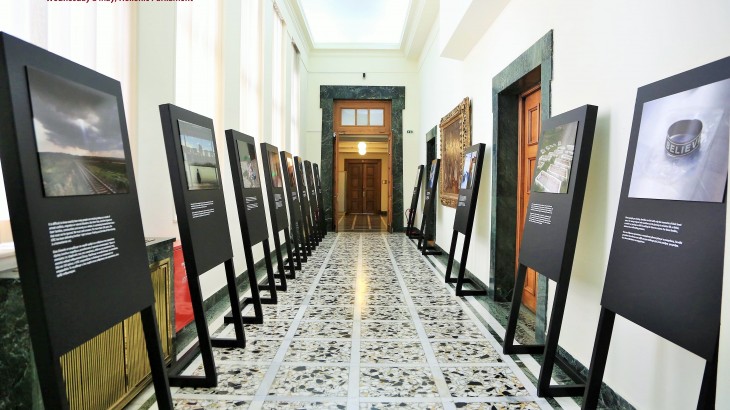 Athens (ICRC) – The Hellenic Parliament, supported by the International Committee of the Red Cross (ICRC), held a special session for lawmakers and other important groups to discuss humanitarian and legal issues concerning the fate of the missing people and the plight of their families.

Vice-President Christodoulopoulou underlined the importance of establishing the whereabouts of missing migrants, saying that by identifying the dead migrants “we want to restore the links in a chain that have been broken violently and reopen the debate about immigration, the movement of populations and mechanisms of protection”.

ICRC’s Werntz stated that “missing migrants represent a great challenge for families, but also for States”. She added, “With a growing number of unidentified bodies, and families spread across countries and continents, the ability to efficiently determine the identity of the deceased and provide information to their families reaches new levels of complexity.” She also stressed the need for coordination at both the national and international level.

The thematic discussion concluded with participants agreeing on the importance of better coordination on the management of missing migrant cases among all the relevant agencies as well as centralization of data. The participants reiterated their commitment to addressing the needs of missing migrants and their families. The ICRC will continue to support the Greek government to effectively identify deceased migrants and provide information to their families.

The discussion was followed by an ICRC photo exhibition titled “Missing migrants: More than numbers” set up outside the Senate Hall of the Hellenic Parliament. The exhibition visualizes the tragedy of the missing migrants and demonstrates the work of the ICRC to bring families back together. It will remain open to the public until 15 May.