The hope for a future without nuclear weapons: ICRC statement to the United Nations General Assembly 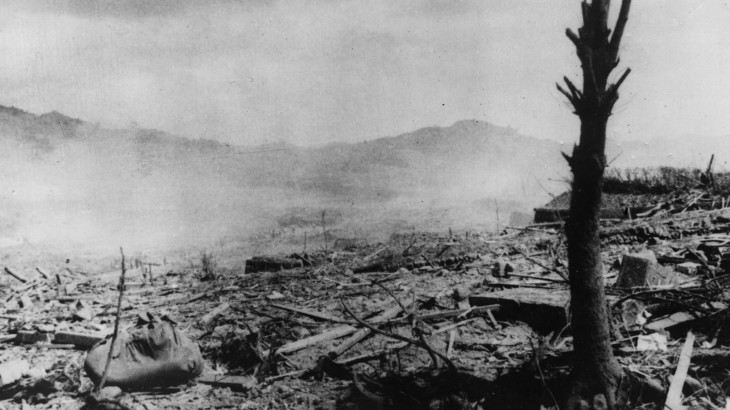 The world today needs the promise of this Treaty: the hope for a future without nuclear weapons. Humanity simply cannot live under the dark shadow of nuclear warfare, and the immense suffering which we all know would result.

The Treaty on the Prohibition of Nuclear Weapons is a light for all humanity, illuminating a pathway towards a world without nuclear weapons.

The ICRC has been calling for the elimination of nuclear weapons since they were first used 72 years ago. We welcome the treaty as a long-awaited and essential step towards their elimination, and we do so foremost with the victims of these weapons in mind; those who died following the Hiroshima and Nagasaki bombings, after later nuclear testing, and those who still suffer today.

On 30 August 1945 the ICRC received a chilling cable from our doctors in Hiroshima. The cable said:

“Conditions appalling. City wiped out. Eighty percent of all hospitals destroyed or seriously damaged... Many victims… now dying in great numbers, over one hundred thousand wounded in emergency hospitals.”

We do not ever want to receive such a message again. We do not ever want to experience the utter devastation and suffering that would result from a nuclear weapons attack. The use of more powerful nuclear weapons that exist today would have even more devastating impacts. It is an alarming but true reality: if a nuclear conflict happened today, there is no humanitarian assistance capacity that could adequately respond to such a catastrophe.

The Treaty is the work of many people and organizations, beginning with the surviving victims as well as civil society and the International Red Cross Red Crescent Movement.

It recognizes the catastrophic humanitarian consequences of using nuclear weapons and comprehensively prohibits them on the basis of international humanitarian law. It also provides a pathway for adherence by all States, including those that possess nuclear weapons.

The treaty alone will not make nuclear weapons disappear overnight. But it delegitimizes their role in the world today and provides a strong disincentive for their proliferation. The treaty signals to all that any development, modernizing, testing, threat or plan to use nuclear weapons by anyone is completely unacceptable.

In signing the treaty here today, you are taking a concrete step towards fulfilling existing commitments for nuclear disarmament, and strenghtening the credibility in particular of Article VI of the Non-Proliferation Treaty. And real progress on nuclear disarmament commitments is desperately needed if the NPT is to maintain its credibility. In this respect, the Treaty on the Prohibition of Nuclear Weapons complements and supports the non-proliferation and disarmament goals of the NPT.

In signing the treaty, you’re taking a decisive step to end to one of the greatest threats to humanity. With rising regional and international tensions, and the consequent increasing risks of use of nuclear weapons, you’re solidifying the hope that the world needs today.

We urge all States, those with and those without nuclear weapons, to sign the treaty as a humanitarian imperative and to work steadfastly towards its implementation. If nuclear armed States are unable at this time to join the treaty, we implore them to take urgently needed measures to reduce the risks of intentional or accidental use of nuclear weapons, as they have long promised to do.

True success will only come when the world no longer lives in the shadow of these weapons. Do not extinguish this light for all humanity. It is our hope for today, and our legacy for future generations.