ICRC action to assist the families of missing persons in Lebanon 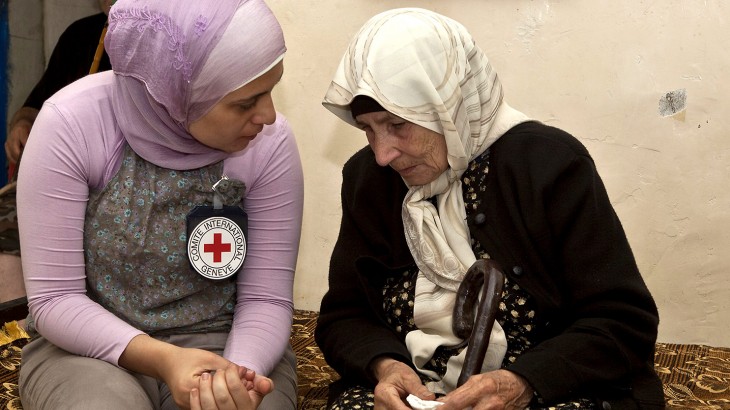 Promoting the right to know

Since the end of the civil war in 1990, the ICRC has been encouraging the Lebanese authorities at all levels to take concrete measures to clarify the fate of people unaccounted for and to provide answers for their families. The ICRC provided support in the drafting of a law on missing persons, and this is currently under examination in the Lebanese parliament. It provides for the creation of a national commission, the excavation of mass graves, and the exhumation of human remains and their identification.

Assessing the needs of the families of missing persons

In 2011, the ICRC launched an assessment covering more than 300 families of missing persons across the country with a view to identifying their specific needs and to create response mechanisms. The findings and recommendations were presented in a 20-page report which was shared with the Lebanese authorities and other key actors, including civil society organizations.

In 2012, the ICRC started collecting information, where available, on people unaccounted for prior to their disappearance. To this end, it initiated thorough interviews with families of missing persons across the country. Every month, ICRC representatives conduct 40 such interviews. To date, about 2,000 interviews have been completed. The data gathered, and which are to be handed over to the future national commission, should significantly facilitate the commission's work to clarify the fate of missing persons and to provide answers to their families.

In 2015, the ICRC submitted to the Lebanese government a request for the collection of biological reference data from relatives of missing persons. This would enable the ICRC to cross-check DNA samples with those to be collected from human remains following exhumations. Together with the ante-disappearance data, this information should significantly facilitate identification. ICRC forensic experts will ensure the application of international standards in the process of data collection. They will also provide support in building local forensic capacity by sharing best international practices, offering advice and training to various institutions concerned, including the Internal Security Force, state morgues, the General Directorate of Antiquities and the forensic community, and promoting the need for effective coordination among these institutions. The request still awaits approval by the Council of Ministers.

In 2011, the ICRC started building a consolidated list of missing persons by meeting with and gathering all relevant information from state, governorate and municipal authorities, unions and associations in order to locate families of the disappeared throughout Lebanon. Since 2012, the organization has been maintaining regular contacts, practically on a daily basis, with the country's mayors and other key figures. This has enabled the ICRC to get in touch with almost a thousand families of missing persons. This work is ongoing.

Accompaniment of the families of the missing

The report on the needs of missing persons' families, published by the ICRC in 2013, revealed that many of them were in need of medical/psychosocial support, as well as legal and financial assistance. In a bid to respond to these needs, in December 2014 the ICRC launched a programme entitled 'Accompaniment of missing persons' families', one objective of which is to refer families of missing persons to local NGOs offering assistance in such cases. It also includes psychosocial support group sessions that are supervised by ICRC mental health specialists. The programme is currently run in Lebanon's southern district of Saida and will soon be extended to other districts.