KUALA LUMPUR – While COVID-19 remains a clear and present threat in all places of detention in Malaysia, it is not the only health challenge the facilities have been contending with.

No different to detention centres across the world, scabies is a major health problem in Malaysia as well. As scabies outbreaks are more likely to occur in confined spaces, detention centres are particularly vulnerable to the disease.

Invisible to the naked eye, the mites that cause scabies can spread through direct contact and via shared sleeping spaces and personal items. It is not uncommon, therefore, for the entire block to get scabies with just a single infection.

The control of outbreaks in detention facilities is complex but crucial for maintaining the health, dignity and well-being of both detainees and staff. Having visited places of detention in Malaysia since 2010, the International Committee of the Red Cross (ICRC) has always focused on supporting the efforts of the authorities towards ensuring humane standards and conditions of detention, covering areas such as health and hygiene, among others.

"This campaign is as timely as it is necessary. Scabies outbreaks in prison settings are common problems, not just in Malaysia but around the world. A holistic solution is key to prevention, if not total eradication.

"The campaign will improve the general health and hygiene of detainees and complement the existing measures to curb the spread of COVID-19," said Céline Croon, delegate at the ICRC Kuala Lumpur regional delegation.

"JIM hopes to further strengthen our cooperation in this area with the ICRC as part of continuous efforts to improve our services and meet the Standard Minimum Rules for the Treatment of Prisoners (Nelson Mandela Rules)," said JIM director-general YBhg Dato' Indera Khairul Dzaimee Bin Daud.

According to ICRC's Dr Nikoloz Sadradze, who provides medical support and advice in detention settings, scabies infections affect both the physical and psychological well-being of detainees.

"The itching causes great discomfort and disrupts sleep, which could lead to further psychological distress," he says. "If left untreated, it could also cause secondary infections and post-infective complications."

The campaign will be rolled out in stages. To date, 15 IDCs and four TDCs in Sabah have received two units each of washing machines and dryers. Along with the machines, the ICRC has also donated detergent, soap and other cleaning material to be used by staff and detainees. The material will prove useful to improve hygiene conditions.

"Besides this, a well-functioning screening upon entry is also crucial to prevent the spread of the disease," Dr Sadradze adds.

As part of the information campaign, the ICRC collaborated with the WHO to produce several posters explaining the disease and steps for prevention. The materials would be distributed to the IDCs and TDCs.

In the first quarter of 2021, information sessions and analysis and advice on treatment would be conducted with the authorities as part of the next phase of the campaign. The steps form an integrated approach to comprehensively address the health and hygiene systems in place in the IDCs and TDCs.

Upon full implementation, and with consistent follow-up, the campaign is likely to result in the reduction of the most serious effects of scabies on detainees, improved hygiene and increased knowledge and awareness on prevention among staff and detainees. 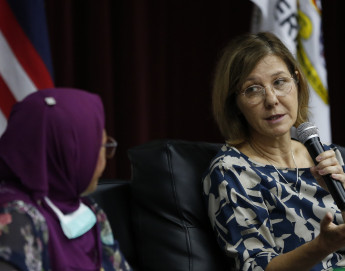 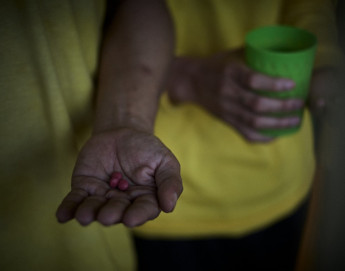