The law does not discriminate: Neither can we 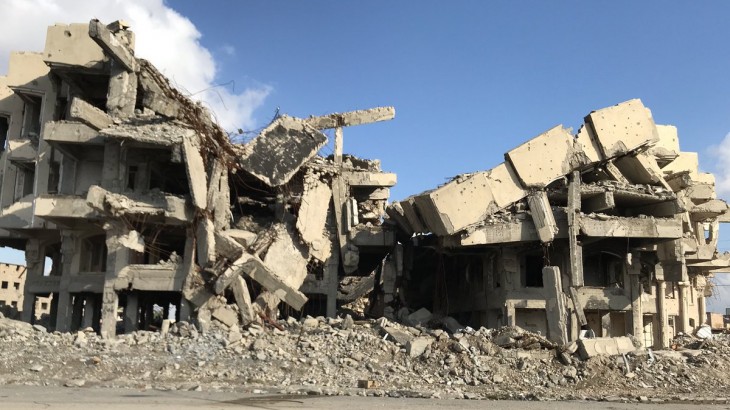 A few weeks ago I visited Mosul, the site of an emblematic battle in the war in Iraq. The physical destruction was immense, and while not visible it was also palpably clear that the social fabric is disintegrating.

This is true for communities affected by conflict and violence worldwide – in Syria, South Sudan, Yemen, Myanmar and beyond. Conflict shatters communities to their core.

Discrimination and ostracization are daily realities for millions of people in conflict zones around the world. Exclusion brands people on multiple levels:

Some are shunned from societies – survivors of sexual violence, persons with disabilities. They are the ignored, the invisible, the voiceless. They are excluded from basic services, from community life, education and work.

Others are excluded by design in the name of punishment – those accused of committing terrorist acts and detained without judicial process, those affiliated with the enemy, including families of foreign fighters.

How can societies repair social divisions, which can spiral into intergenerational cycles of violence? How can peace be waged, ensuring there is justice and that enemies are treated humanely?

International humanitarian law and international human rights law hold some of the answers, and they are crystalised in the principles of impartiality, non-discrimination, inclusion, equality and in humanity, dignity and agency.

International humanitarian law makes no judgement on the motive of fighting; and it does not discriminate against or among those it protects. Humanity is for all.

This year is the 70th anniversary of the Geneva Conventions. The Conventions were agreed in the aftermath of the Second World War, in a world that had lived through enormous horrors and never again wanted to see such harms repeated.

It was a world feeling painfully the gap in legal protection for civilians, who were in the territory of an enemy State, including those detained by an enemy power for security reasons. It was a time when millions of civilians in occupied territories were unprotected from being deported, taken as hostages, or interned in concentration camps.

And so for the first time, binding obligations to protect civilians – everyday men, women and children - were set down in international laws.

So strong was the humanitarian spirit and determination to lessen people's suffering that the negotiations in 1949 lasted only four months.

The negotiation process was also not without difficulty. It recognized the dilemmas, including the legitimate rights for States on security, designing IHL to carefully navigate between military necessity and humanitarian considerations in order to achieve the best protection for populations affected by conflict.

In 2019 we also need to engage more forcefully in difficult conversations on how to apply the law in today's complex wars: where conflicts are increasingly protracted, fought in urban, densely populated areas; where battles are asymmetric, the distinctions between civilians and fighters difficult; but where civilians are more victimized than ever and stigmatizations omnipresent.

These are not straightforward discussions and security imperatives – state and human security – are to be upheld. But just as in 1949, dialogue and action must be centred foremost on protecting the large number of civilians affected, and other persons hors de combat, and upholding their rights and dignity.

International humanitarian law guards against dangerous perceptions that certain groups are inhuman, and so can be discarded or ill-treated with impunity. No-one is outside of the protections of the law.

International humanitarian law can aid societies to live together again once wars are over as it prioritises the humane and dignified treatment of those excluded – rather than measures that fuel retribution.

International humanitarian law can guide us on the respect of basic principles in counter terrorism operations and on asymmetric warfare.

Importantly, too, humanitarian action needs to be free to be implemented without discrimination. Impartial humanitarian organizations cannot reach out to people in a timely and effective way if humanitarian action is at risk of criminalization or is hindered by overblown sovereignty positions, elaborate sanctions procedures and counter-terrorism measures.

Humanitarian principles also mean that humanitarian organizations themselves must be more inclusive: to give more power into the hands of communities affected by conflict, to actively seek out those discriminated against, those overlooked or hidden.

In light of this imperative, yesterday the Secretary General and I joined with advocate Julienne Lusenge to call out a failure to address the enormous harm caused by sexual and gender-based violence. These violations are too often shrouded in stigma and too often go unaddressed, and we pledged our organisations to do better for survivors of sexual violence around the world.

Seventy years on from the creation of the Geneva Conventions, we are looking for new conversations, a new consensus on these difficult issues.

The world has moved on from 1949, and we should have learnt the lessons. Minimal standards of humanity have already been universally agreed. We should not have to live through more large scale horrors in order to reach this commitment again. It is time for advocates of impartiality and humanity to step forward.