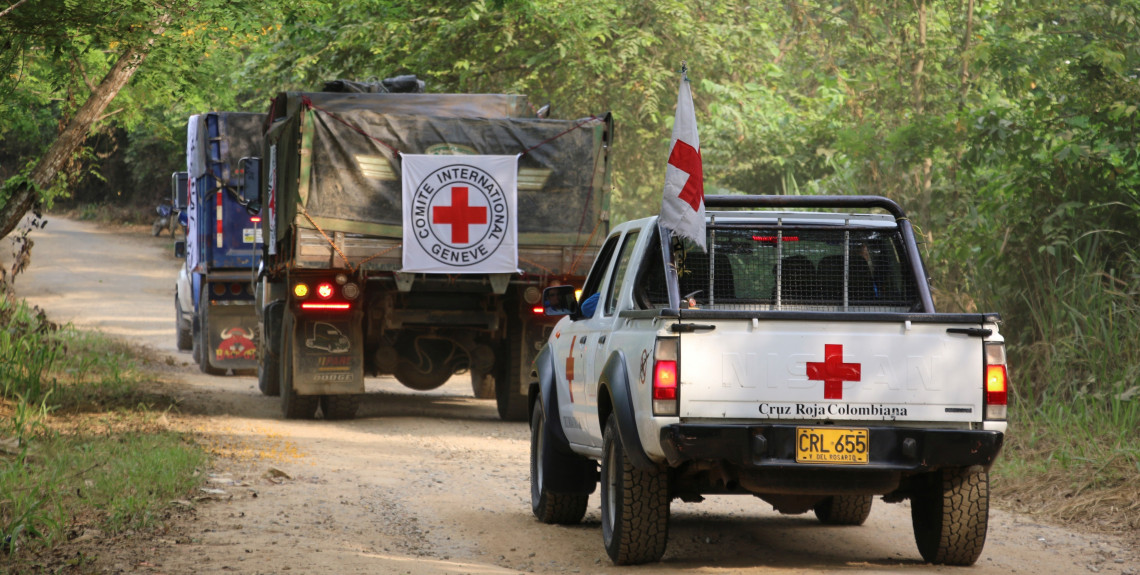 "Leaving Colombia got harder each time I did it."

Audrey Purcell O'Dwyer recently took up a new role with the ICRC in Geneva, as an armed/urban violence operations coordinator, after three separate missions in Colombia.

"I completed three missions in Colombia as an ICRC delegate: the first one, in 2014, was in Florencia, in the southwest of the country.

"I was a general protection delegate, and it was a great opportunity to learn about the ICRC's mandate, especially protection of civilians, as well as the importance of a dialogue with armed actors.

"My second mission was in 2015, in Tumaco in the Pacific region. That was only a few months, but it was very interesting and meaningful work. I worked with victims of sexual violence and communities affected by urban violence, and I was able to put into practise my previous experience.

My final and most recent mission, was as a Restoring Family Links delegate in Bogota, the capital city. This one was particularly challenging as I focused on Venezuelan migration, which required a lot of coordination with other delegations in the region, as well as other organisations supporting migrants."

What is 'Restoring Family Links'?

Restoring family links, or RFL, is a broad range of activities aimed at preventing separation and disappearance. We work to restore and maintain contact between family members, reunite families, and find out what happened to people reported missing.

"A normal week in Bogota would usually see me travelling to support teams working in the community. The level of migration into the region was quite new, so a lot of colleagues hadn't had that experience before. I would assist them in carrying out evaluations of the needs of the community and visiting our local partners. 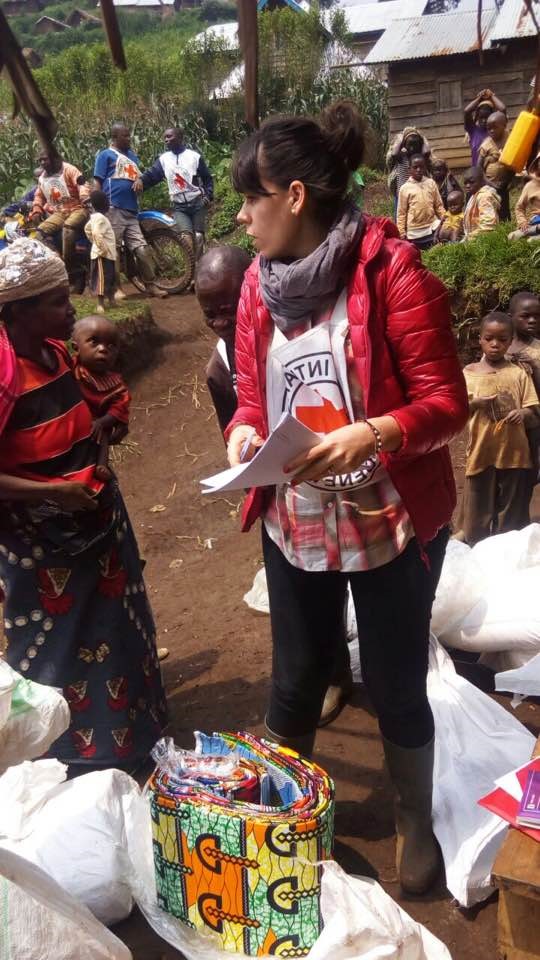 "I would also meet with governmental agencies such as the state child protection agency, and other international organisations such as UNHCR and Save the Children. With migration on that scale, it is more important than ever to work together to help coordinate our activities.

"Finally, a lot of my day-to-day work involved coordinating with my counterparts at the Colombian Red Cross. This is vital, because our actions are complementary, and we are part of the same Red Cross Movement."

"The beginning of last year saw the migration crisis at its highest, with a new wave of people crossing Colombia to be reunited with loved ones. With so many people on the move and separated from their families, there was a huge need to make phone calls and to connect through social media.

"We decided to increase our response by creating 52 new connectivity points along with local partners including NGOs, civil society and members of the Venezuelan community. These connectivity points allowed thousands of people to reconnect or keep touch with families left behind or established elsewhere, and therefore reduced the number of people going "missing". 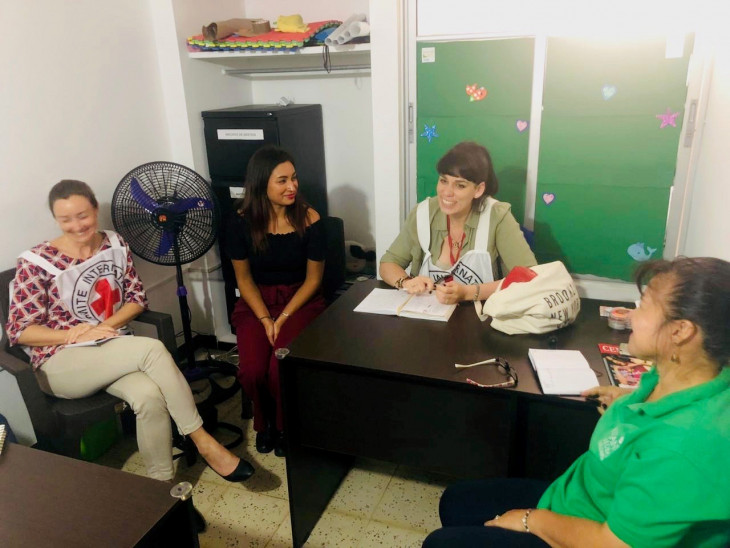 "We also signed an important Memorandum of Understanding with the Colombian national Child Protection Agency to refer cases of unaccompanied Venezuelan children to the ICRC, so that we could search for their families outside of Colombia and where possible restore contact and organise future family reunification."

"In order to reach the highest number of people in need we developed new communication tools, such as an informational leaflet widely distributed to migrants, with important messages on how to avoid family separation. We also created interactive tools, such as our map of where to find the next connectivity point, which included opening times and the services provided."

A country in transition

"During my first mission in Colombia, the peace process was still young, and the ICRC was actively involved as a neutral intermediary. When I returned to Colombia the peace process with the FARC had been signed and Colombia was moving in a phase of transitional justice. This was a historic moment for the country. On a personal level I did find the country more open to tourism, and the culinary and art scene (especially in Bogota) flourished.

"However, it's important to note that despite the peace agreement, many other armed groups remained active and with the Venezuelan migration crisis affecting the whole region, the country faced new turmoil." 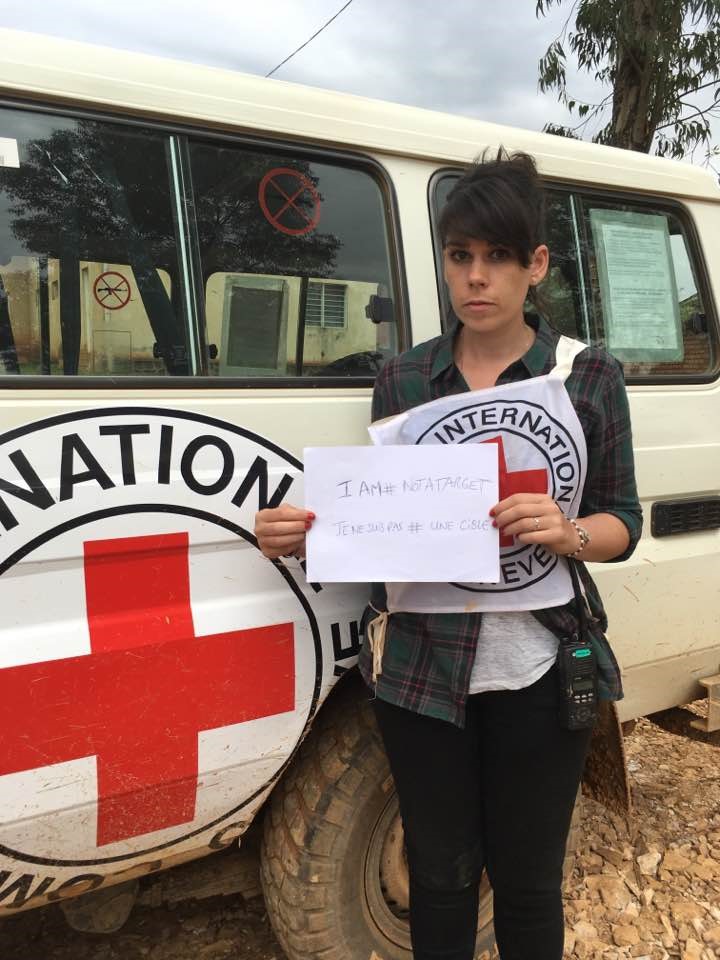 My memories of Colombia

"Colombia (or Locombia as I affectionally like to call it -"Crazy Colombia"!) is a truly magical country and its people are fantastic. It sometimes feels like 6 countries in one, in which you have everything you could wish for: the sea, the amazon, snow-capped mountains, deserts, an incredible culture especially around food and dancing... Each region is very different, with its own specialities and unique culture. People are very attached to their land and are proud to be Colombians!

"People are very welcoming and generous, especially the poorer part of the population, in remote areas, where solidarity and living in community has been at the centre of their way of life for a long time. Their hospitality and their smiles are something I'll always remember.

"My first encounter with weapon bearers, my first family reunification, my first visit to an indigenous reservation are all moments that have shaped my career at the ICRC."

"Colombia, like Ireland, has a long history of fighting and is currently trying to find its way through a transitional justice phase, which Ireland is said to be a good example of. For this reason alone, I think both countries can learn from each other.

"Moreover, Colombian people, especially in rural or remote areas are very welcoming, generous and always willing to help, which I still find very true in Ireland too." 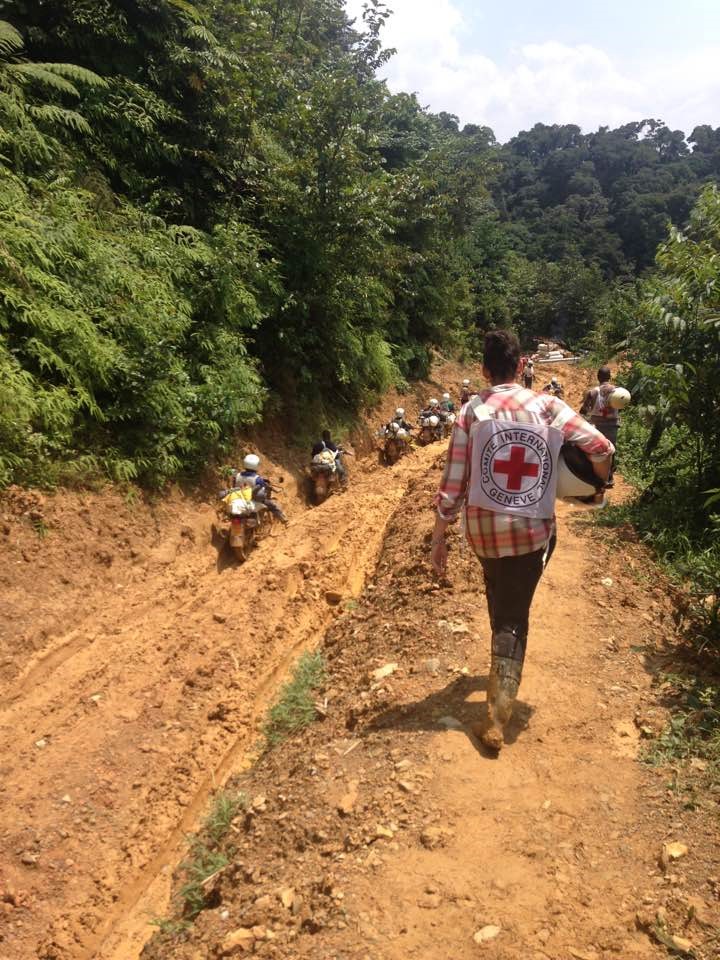 "Leaving Colombia was harder and harder each time. At the end of each mission you leave a piece of yourself behind. But as my previous experience has shown, I know it's not a farewell but more an 'hasta luego' (see you soon)!"