Lessons learnt from the Ebola epidemic 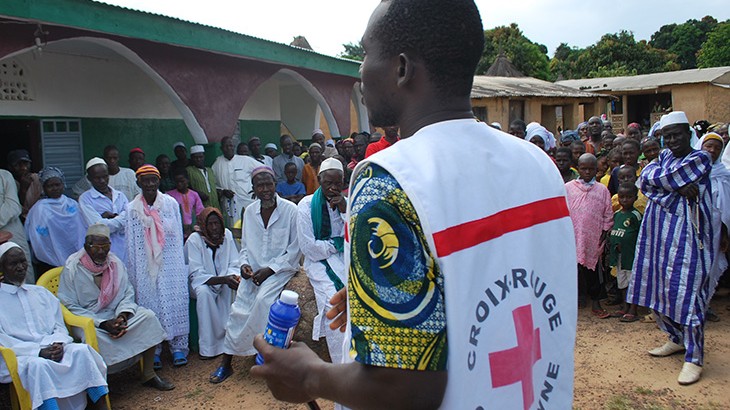 During the Ebola epidemic in Guinea, there were incidents of violence against health-care personnel who were trying to tackle the disease. The Red Cross Society of Guinea, which was actively involved in the Ebola response (with the support of the ICRC and the International Federation), was not spared this violence. Mamady Cissé, executive secretary of the Guinean Red Cross and deputy head of the Ebola response committee, tells us about the measures the National Society adopted to deal with this situation.

How much of an impact did violence against health-care personnel in Guinea have on the response to the Ebola epidemic?

These violent incidents had an extremely adverse impact on all aspects of the Ebola response. The best way to illustrate this is with a concrete example related to our efforts to tackle Ebola. In addition to the social mobilization side of things, we carry out three main activities: taking those suffering from the disease to treatment centres; giving those who die from the disease a safe and dignified burial; and disinfecting contaminated households. If our staff are unable to reach patients because of violence, the patients will not be treated and those in contact with them may also catch the disease. If someone dies of the disease and we cannot handle the body properly, the disease will spread further. And lastly, no awareness-raising activity can be conducted in areas affected by violence, and those who have come into contact with the virus might be stigmatized and shunned.

What is the cause of the attacks on health-care and other Red Cross workers who are trying to tackle the epidemic?

Firstly, you have to understand the importance of death rites in our communities' customs and traditions (such as celebrations and gifts for the deceased). Since the Ebola response came into effect, we have asked people to indefinitely renounce their most deeply rooted traditions. You also have to remember that most people have only limited access to health care. That, added to the fact that communication networks are rudimentary and getting the message to beneficiaries is very difficult (radio transmitters often break down and there is a lack of community radios), means that rumours spread quickly through informal channels and violence often follows in their wake.

How did you react to these violent incidents?

The Guinean Red Cross combines various initiatives to ensure it can reach Ebola patients while protecting its workers despite the difficult conditions. Generally speaking, we opted to carry out communication initiatives to raise awareness of our work at community level. We also ran Safer Access workshops for our volunteers to address their experiences of violence. When a specific incident occurred, the teams were put on standby while we reported the incident to the Movement and the authorities, and decided with the authorities what action to take. Measures were put forward to enable work to get under way again, most of which involved approaching community leaders and local authorities, but also getting the volunteers to analyse their own behaviour and attitude in order to overcome the breakdown in trust.

What role do you think the government should play in protecting health-care workers and preventing attacks of this kind? 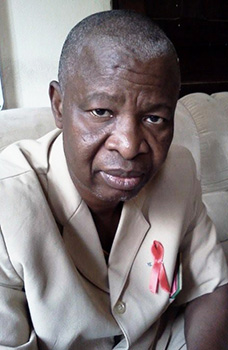 The government has a key role to play in guaranteeing the security of health-care workers throughout the country. The authorities should also be well versed in, and actively promote respect for, the Movement's Fundamental Principles and the security regulations in force. The authorities should also facilitate open dialogue with communities and the National Society in order to foster understanding, acceptance and mutual respect. This would make it unnecessary to follow the government's proposal, which was that Red Cross volunteers should travel around with a military escort.

What lessons do you think we can take from this experience to improve safe access to, and delivery of, health care in other settings?

Safer Access training for the volunteers was crucial, but I would also say that the other main lesson was "communicate more, communicate better and keep communicating." In the fight against Ebola, it is vital to get security guarantees from the local authorities, community leaders and young people, as well as the family members of the patient or the deceased. More than ever, we need the trust and active cooperation of communities. Volunteers who put their lives on the line every day to help others need recognition and cooperation, and I think that should be the case no matter the setting.

In a different vein, the government should take the right measures to ensure that all those involved in delivering emergency health care know who is responsible for what and who is doing what. This will prevent misunderstandings, improve organization and bring about improved cooperation and emergency response.