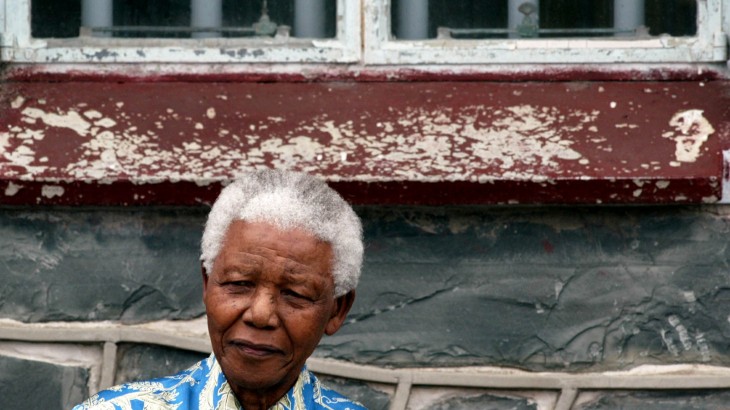 Nelson Mandela sits beneath his former cell during a visit to Robben Island prison. © Reuters

Nelson Mandela, the anti-apartheid leader who became South Africa's first black President, is commemorated every year on 18 July, his birthday, also known as Nelson Mandela International Day. Mr Mandela was visited several times by ICRC staff during his 27 years in prison. He subsequently said: "What matters is not only the good the ICRC brings but the evil it prevents." To understand more about the process and purpose of our visits to those held in detention, have a look at the animated video below.

A 60-year-old set of rules outlining minimum standards for prisoner treatment have been given an overhaul and a new name following a four-year revision process led by the UN. They are now called the "Mandela Rules". Read more about this topic on the ICRC's Intercross Blog: New "Mandela Rules" aim to improve detainee treatment

Nelson Mandela and the ICRC during apartheid 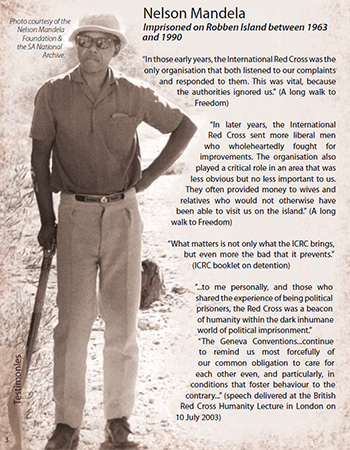 A tribute to Nelson Mandela