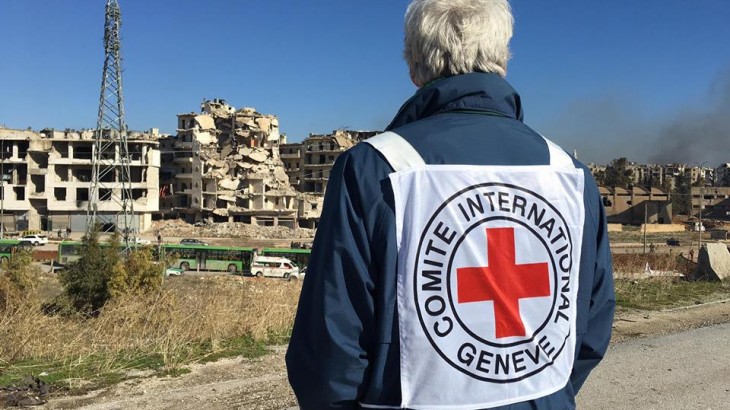 It has been six years since the crisis in Syria began. Over 400,000 people have been killed, another 1.5 million injured and nearly 8 million people internally displaced. Four out of five Syrians now live in poverty.

The humanitarian needs of the Syrian people are on the rise. It is estimated that 13.5 million people, half of whom are children, are in need of immediate assistance. The ICRC, working closely with the Syrian Arabic Red Crescent (SARC), is doing its utmost to provide a timely and neutral response to the ongoing humanitarian crisis.

In 2016 the ICRC and the SARC carried out 57 humanitarian operations across front lines to bring relief to besieged and hard-to-reach areas. The ICRC also gained access to some of the most vulnerable communities, providing them with clean water, food, health care and hygiene items. We also helped many Syrians start their own businesses and rebuild their lives.

15 million people currently benefit from our water and engineering projects

30 visits to central prisons were conducted by the ICRC

Read: the full facts and figures on ICRC's work in Syria in 2016