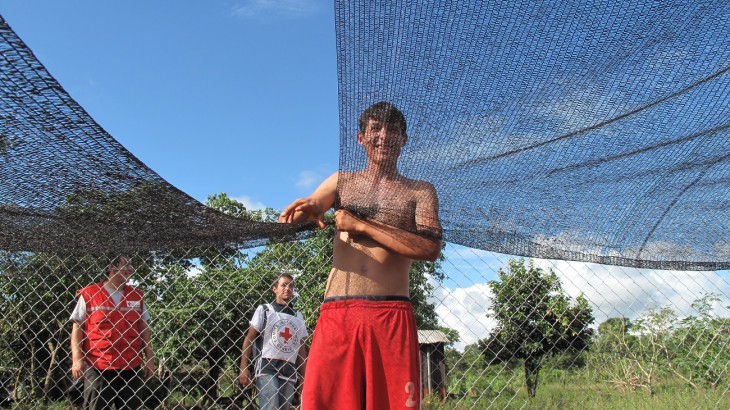 3. With technical guidance from the ICRC and the Paraguayan Red Cross, everyone – men and women, old and young – all set to work quickly on setting up the allotments. ©CICR/Bruno Radicchi

Valeriana Granse Franco beams with happiness as she wields a hoe in her strong, sun-beaten hands. The 75-year-old widow shares six hectares of land with her son, her daughter-in-law and her three grandchildren in Tacuatí Poty, a small village in the rural department of San Pedro.

Working the land has always been in Valeriana's blood. But in the north of Paraguay, simply having good land is not enough. For at least nine months of the year the sun scorches the earth, making it impossible to grow fruit and vegetables. Families are forced to spend the little money they earn (mainly from selling local herbs and sesame seeds) on buying vegetables. According to Nélida González, Valeriana's daughter-in-law, there is no point in planting anything except in winter: "Without shade, the sun just kills off the plants. But if there are frosts too, we end up with nothing."

And in addition to the tough climate, violence in the region has made things hard for local people. But times are changing. Valeriana's family and 106 other families in Tacuatí Poty are the beneficiaries of an ICRC family-allotment programme, carried out with the Paraguayan Red Cross, to help vulnerable rural families affected by the violence in the departments of Concepción and San Pedro. 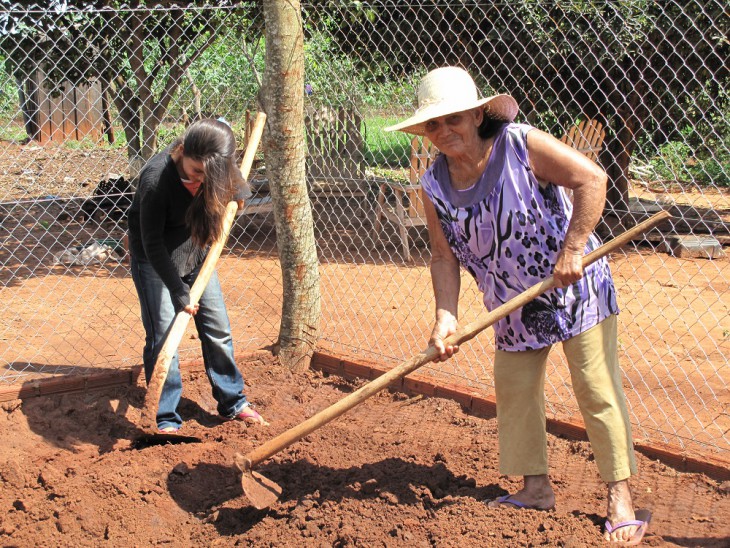 "It's a lovely idea. I want to grow a lot. At the moment, my daughter brings me vegetables from Asunción. Now that we have the allotment, I'll be able to give her some to take back with her." ©CICR/Bruno Radicchi

The programme provides tools, seed and training in crop management. It also furnishes the expensive wire, fabric and netting needed to create partial shade. In return, the families have to till the plots, fence off the allotments and do the actual gardening. ICRC delegate José Delgado stresses that this helps unite communities, makes them more resilient and gives them greater faith in their own ability to tackle everyday problems.

He explained that the communities themselves had seen the need for family allotments, as a vegetable plot provided a whole range of benefits. For these families, being able to grow their own food throughout the year has improved their economic situation.

"The allotments will help us to feed our children and, as they grow up, encourage them to eat healthy food," said community leader Victoria Sanabria. "We'll also be a bit better off as we'll be able to grow vegetables all year round." 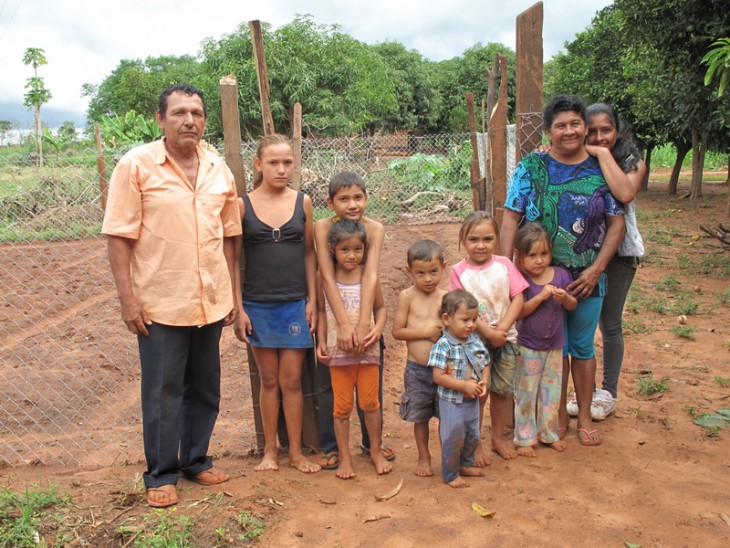 Alcadio Prieto Vera has 13 family members living in his house, including his six sons and grandsons. "This is the first time that we've been offered help. It's a really good idea because vegetables are very expensive to buy. Now I have peace of mind."  ©CICR/Bruno Radicchi

Initially, the programme has focused on helping families with members in detention, elderly people, families with more than 10 members, single mothers and some families with experience of allotment gardening to guide the others.

As a large proportion of local people share land, equipment has been provided to create 77 allotments. Gardening tools and seed to grow lettuce, squash, carrots, tomatoes, peppers, onion and garlic will be distributed in March once the land has been tilled and the allotments fenced off.

"It's a lovely idea," says Valeriana enthusiastically. "I want to grow a lot. At the moment, my daughter brings me vegetables from Asunción. Now that we have the allotment, I'll be able to give her some to take back with her."

In addition to the programme in Tacuatí Poty, the ICRC is also implementing projects in Santo Domingo, Arroyito and Nueva Fortuna.