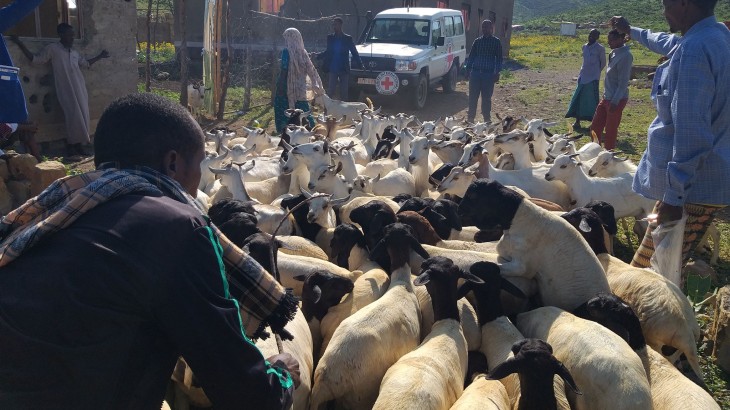 The Red Cross has launched a program aimed at helping people affected by ethnic violence in Meyumuluka and Qubi districts of Erer Zone in Somali Region, East Ethiopia to have access to veterinary services in a mobile and sustainable manner.

The program, being carried out by the ICRC and the Ethiopian Red Cross Society (ERCS), in partnership with the Somali Region Livestock Resource and Pastoral Development Bureau, is intended to benefit an estimated 25,000 pastoralist households (150,000 people) living in the two districts.

Twenty-eight persons selected within the community in the two districts were provided a three-week intensive training in veterinary service by veterinarians from the stated bureau, as part of the program. Upon completion of the training, each trainee was provided a kit of veterinary equipment and drugs.

Two veterinary pharmacies, which will supply medicines in a sustainable manner at reasonable prices, will also be established soon in the main towns of the two districts.

Supporting local communities with relevant training, drugs and equipment will have a significant impact on disease control and the health of animals, the major livelihood of the communities, according to Dr. Zelalem Yaecob, a veterinarian working for the ICRC.

As part of the program, a livestock vaccination campaign against three main animal diseases will be conducted soon in the two districts.

In Ethiopia, the ICRC closely works with the ERCS, to give economic support to people affected by inter-communal clashes or ethnic conflict in different regions with the aim of providing the affected population with vital means of production to restore their livelihoods.