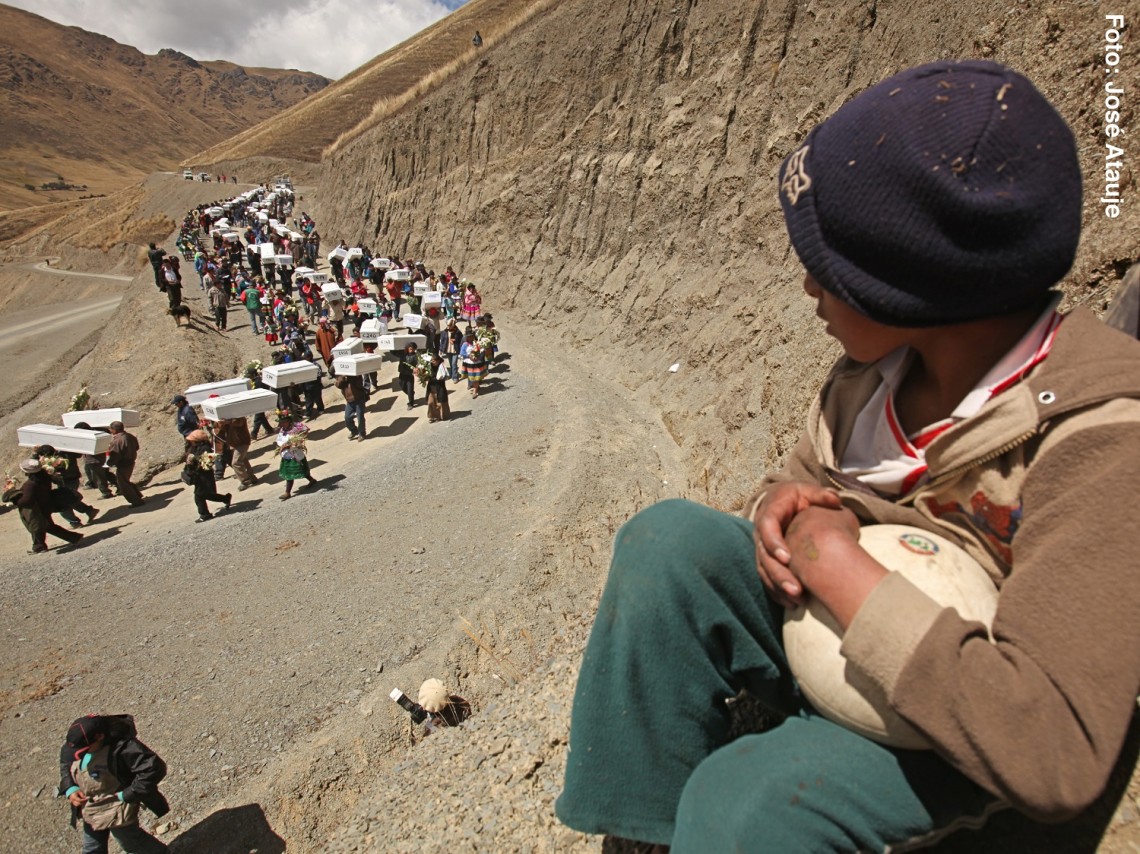 Search for disappeared persons in Peru: Achievements and challenges

The relatives keep searching, but this long process still affects them. We look at the progress made and the challenges experienced in the search for missing persons during the period of violence.
Article 01 February 2019 Peru 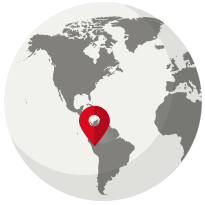 The search for disappeared persons in Peru during the period of violence (1980-2000) progresses, as relatives strive relentlessly to find out what happened to their loved ones.

The process began over 30 years ago and both the emotional repercussions and the number of years that have gone by are a cause for concern since many of these relatives are not only burdened by constant suffering, but some reach the end of their lives with no knowledge about the fate of their loved ones.

Since Law N° 30470 on the Search for Missing Persons was passed in June 2016, important milestones have been achieved. Two of the most recent are:

-The enactment of Legislative Decree No. 1398 in October 2018 by President Martín Vizcarra, which gave rise to the Genetic Data Bank to facilitate the search for disappeared persons in Peru during the period of violence from 1980 to 2000.

-The approval of the regulation of the law for the Genetic Data Bank in January 2019 by the Ministry of Justice and Human Rights (Minjusdh).

Those who are still searching now have in the Genetic Data Bank a tool that centralizes, stores, processes, validates and collates the genetic profiles of presumed missing persons and their relatives, in order to find matches and proceed to identification. However, the implementation process has only recently begun and it is still necessary for this tool to get underway and become fully operational.

The disappearance of their loved ones has meant that for more than three decades many relatives lived with a hope that received no concrete answers. However, they remain committed to obtaining accurate information about the fate of their disappeared.

Eva Esteban Finck, ICRC psychologist, explains that during this time family members might suffer negative consequences during two key stages: their personal search brought about by the disappearance of their relative, and the search process carried out by the State - stages that could potentially stretch out for long periods of time.

"The main impact on the relatives of the disappeared is the uncertainty caused by not knowing whether that person is alive. In addition, during the search process they fluctuate between feeling hopeful that they will find their relative and hopeless that they will not. These fluctuating emotions are very exhausting. Added to that are feelings of guilt and anger about what happened, feeling that they have not done enough and, conversely, emotional detachment, when their lives become focused on looking for their relative and many other aspects of their life fall by the wayside. The disappearance of a person not only affects individuals, but also families," she says.

What happens in the communities affected by violence is that they can find no way of explaining the enforced disappearance. Faced with a disappearance, such as those that took place in Peru, the group of people who live and interact in the community do not usually know how to act or handle it; there are no rituals to socially validate the incident. This can result in the silence and discrimination of the community and isolation of family members. 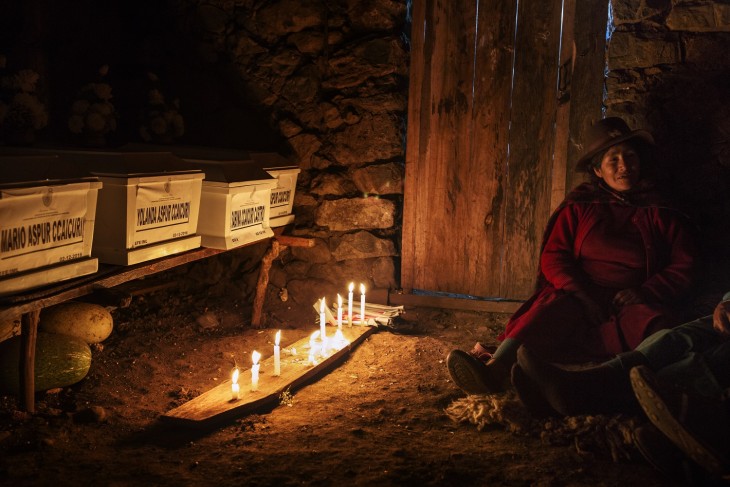 Vigil held for the bodies of 4 members of a family in Totora, Ayacucho. (Photo: ICRC / Kathryn Cook-Pellegrin)

The ICRC works to ensure that there is accompaniment for family members, from start to finish, throughout their search process.

"During these 30 years of searching, the vast majority of the relatives have been not accompanied, nor have they received specialized intervention allowing them to make sense of what happened, to normalize their emotions and/or to learn to live with this uncertainty. This has meant that many emotions continue to be present as if the disappearance had happened yesterday and that they end up somatizing them or they become physiological pains. All this coupled with the advanced age of the relatives means that the deterioration that takes place is not only psychological and/or emotional, but also physical," adds Eva Esteban.

"That is why it is very important to provide accompaniment during the search process to avoid doing more damage and revictimizing the family member, helping them to prepare themselves during each of the stages of the search, informing them and validating their emotions. In short, it is about ensuring that their psychosocial needs are met during the process so that the search in itself is restorative," she explains.

In Peru there are around 20,329 people that were disappeared during the decades of violence, according to the National Registry of Missing Persons and Burial Sites (RENADE). From 2002 to 2018, the bodies of 3,896 people were recovered, 2,500 identified and 2,312 returned to their families, according to figures from the Public Prosecutor's Office.

It is important to understand that, unlike a person who has gone through a traumatic experience, who tries not to remember what happened, relatives of missing persons suffer constant anxiety in their effort to not forget their loved ones. Therefore, we should not forget about them and their long search in Peru.

*The ICRC advises the Directorate General of Search for Missing Persons of the Minjusdh, created in June 2017, in the preparation of documents, guides and protocols that favour an intervention model to reduce psychosocial and mental health vulnerabilities of family members during the search process. Accompaniment involves preparing the person for this process, ensuring that they feel accompanied and giving meaning to the disappearance.