Standard Minimum Rules for the Treatment of Prisoners – revision process 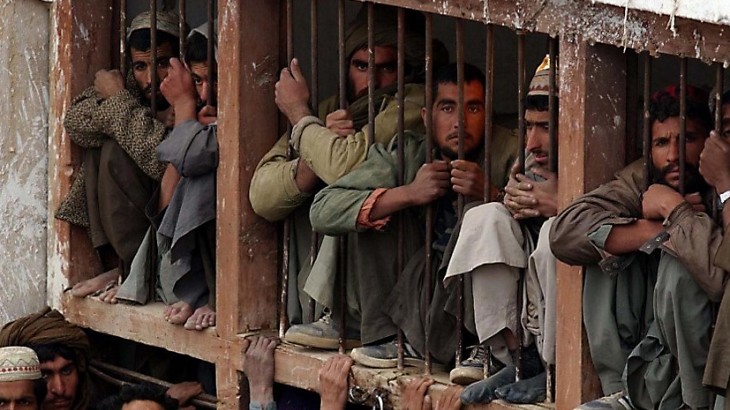 The ICRC will be participating, as an expert observer, in the Fourth Intergovernmental Expert Group Meeting on the Standard Minimum Rules for the Treatment of Prisoners (SMR) that will take place in Cape Town, South Africa, from 2 to 5 March 2015. The document below sets out the reasons for ICRC participation and highlights the issues of particular interest to it.

The ICRC is well known for its work visiting persons detained in relation to international and non-international armed conflicts, for which it has a specific mandate to monitor respect for international humanitarian law (IHL). The ICRC also takes action for persons deprived of their liberty in other contexts characterized by violence, social tension and unrest.

In 2014, the ICRC undertook detention activities in over 90 operational contexts. Those activities included monitoring the situation of persons detained under the jurisdiction of international courts and tribunals. In the same year, ICRC delegates conducted over 4,500 visits to around 1,600 places of detention, enabling them to reach more than 800,000 people deprived of their liberty.

The ICRC's priority is to ensure that detainees are treated humanely and with respect for their dignity, regardless of the reasons for their detention.

With more than 11 million people currently living in detention, and worrying indications that the situation in prisons globally is deteriorating, the ICRC is more committed than ever to helping improve respect for the life and dignity of persons deprived of their liberty. It will continue to work with detaining authorities, and to encourage them to take the necessary steps to ensure humane treatment and conditions of detention. In addition to its confidential bilateral dialogue with the authorities concerned, the ICRC undertakes action in respect of individual detainees, facilities, institutions and regulatory frameworks, and undertakes material or technical activities to help meet humanitarian needs.

The ICRC welcomes all efforts to ensure that International law and universally acknowledged standards concerning the protection of prisoners continue to provide up-to-date guidance on respect for prisoners' inherent dignity and value as human beings.

At the time of writing, two such important but distinct efforts are underway.

Where they deal with basic protection for those deprived of their liberty, IHL and human rights standards are largely similar, albeit with nuances of scope and focus. The ICRC hopes, therefore, that these two processes will arrive at similar solutions on a number of issues.

The ICRC and the targeted revision of the SMR

The UN-led process responds to UN General Assembly resolution A/RES/65/230 of December 2010 and UN Economic and Social Council resolution E/RES/2012/13 of July 2012. These invite an open-ended intergovernmental expert group to, inter alia, consider the existing SMR with a view to reflecting best practices and recent advances in correctional science, and make recommendations.

The ICRC has been following the SMR revision process and will continue to take part in it, as the SMR are a key standard against which to assess the extent to which States have attained minimum standards in protecting the life and dignity of persons deprived of their liberty. The SMR are an important source of inspiration and guidance as to the sorts of solutions that should be applied in places of detention, and the types of provisions that need to be incorporated into national laws, regulations and practices in order to guide prison administrations and other State bodies responsible for managing places of detention.

It is therefore of the utmost importance that the Standard Minimum Rules reflect advances made since 1957 through specific treaties and non-treaty based standards related to detention, and that they reflect progress in correctional science and best practices. The ICRC hopes that the process of updating certain parts of the SMR will pursue its examinations and revisions of existing rules with those goals in mind. In this respect, the ICRC fully supports the principles which should guide the continued revision process, including that any change to the SMR should not lower any of the existing standards but should improve them, so as to promote safety, security and humane treatment for prisoners.

In order to ensure prisoner protection, it is indeed necessary to provide up-to-date, practical operational guidance to ensure:

Of particular interest for the ICRC in the current discussions are issues such as: prevention of ill treatment, medical ethics including patient/doctor relationship, disciplinary procedures, solitary confinement, searches, use of restraints, investigation of deaths in custody, prisoner file management, access to information for prisoners and families, access to legal assistance, complaints and independent inspections.

Failure to fully comprehend the issues listed above and to provide adequate solutions in those areas is behind most of the humanitarian problems encountered today in places of detention around the world. This failure results in severe suffering for prisoners, for their families and for staff in places of detention, and creates problems for the broader community.

More information about the SMR revision process from the United Nations Office on Drugs and Crime:

Standard Minimum Rules for the Treatment of Prisoners

Resolution 1, adopted at the 31st International Conference of the Red Cross and Red Crescent in December 2011, invites the ICRC to, inter alia, pursue further research, consultation and discussion, in cooperation with States, and to propose a range of options and recommendations as to how the law may be strengthened in regard to NIAC-related detention.

The ICRC has identified four key areas in which the law governing detention in NIAC should be strengthened:

To facilitate the necessary dialogue with States, the ICRC has held a series of consultations with government experts. In all, the ICRC has consulted over 90 States at four regional meetings, held in 2012 and 2013, and two thematic meetings, held in 2014. The ICRC is also consulting with various international organizations and civil society bodies. For more information on the process, including background on the initiative, reports from the consultations, and information on upcoming meetings of States, please visit the "Detention Track" section of our website.