Where is the urgency to bring attacks on healthcare to an end? 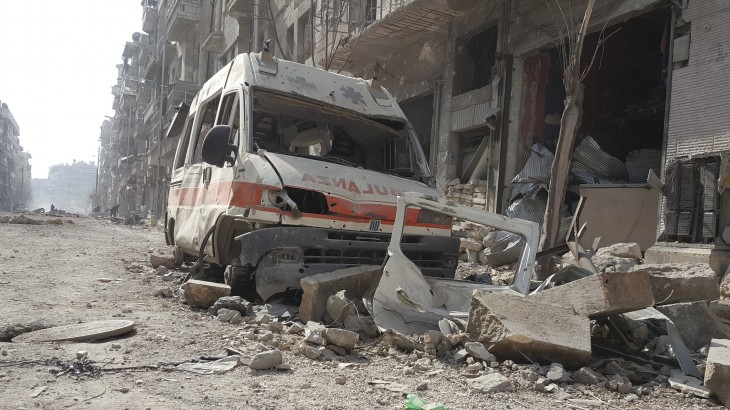 Protection of medical and humanitarian personnel in conflict. Statement by the ICRC President, Peter Maurer

Since my last briefing, brutal attacks have continued, unabated, against the wounded and sick, medical care providers, ambulances and health care facilities.

We are at risk of creating a 'new normal': too many actors are legitimizing attacks as "collateral damage" rather than outrageous violations.

The question we need to be asking today is 'where is the urgency to bring attacks to an end?'

The regularity and brutality of attacks – committed by both state armed forces and non-state armed groups – that ICRC witnesses is nothing short of alarming. The litany of attacks and killings in the Central African Republic, Syria and Afghanistan are well known. The losses are tragic, and they continue to occur with shocking regularity in most of the conflicts where the ICRC works, including in Nigeria, the Philippines, Libya, South Sudan, Syria, Iraq and Yemen.

The long-term impact of attacks on healthcare reverberates far beyond the immediate deaths, injuries and pain. They can result in the collapse of entire health systems: communities already enduring armed conflict are exposed to health crises, and without a functioning health system they continue to suffer needlessly. Essential health services are unable to cope; universal health care coverage and health-related sustainable development goals become impossible to achieve.

The single most effective way to prevent such terrible suffering is, without doubt, improving respect for international humanitarian law and the basic principle of humanity. Responsibility for respecting IHL lies with the parties to armed conflicts themselves. Additionally, all States must ensure respect for IHL, including within the framework of the Council, and exercise their influence over the practices of their military partners and allies.

The international community has a clear blueprint for action in the recommendations of the UN Secretary-General and by others, including the Health Care in Danger initiative of the International Red Cross Red Crescent Movement. Now Member States must put the political commitments of Resolution 2286 into concrete actions.

Some progress has been made including through diplomatic networks in Geneva and New York, but much more needs to be done, and with much greater urgency.

The ICRC calls for action in six key areas:

We know the solutions, we have the tools, and we have the support of many actors. It is political will that we urgently need.

ICRC President Peter Maurer's address at the Ministerial breakfast meeting on "Protection of medical and humanitarian personnel in conflict" Hosted by the Permanent Mission of France, 31 October 2017, New York.