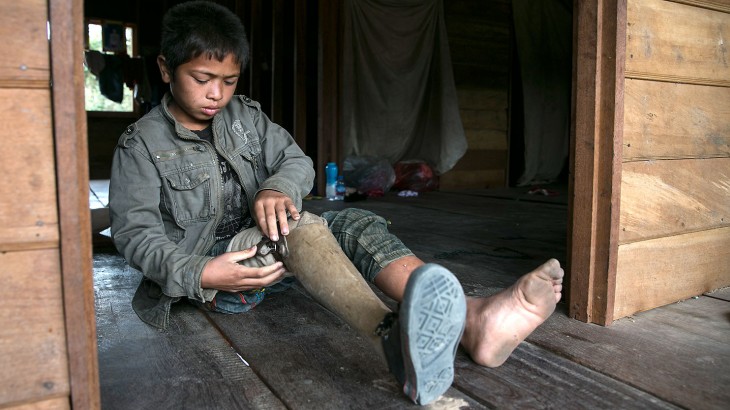 By Helen Durham, director of International Law and Policy, ICRC

Nearly 20 years have passed since the Ottawa Treaty came into being, banning anti-personnel landmines. This important piece of international humanitarian law and all the benefits it has brought is now almost taken for granted.

But it was not always so. The difficulty of its birth should remind us of the need to persevere with the remaining gaps in the law's implementation.

Back in the late 1990s, as a young international lawyer with the Red Cross, I was asked to appear on a panel looking at the issue of anti-personnel landmines. The other panelists were doctors, who explained the medical implications of stepping on these deadly weapons, and an engineer who explained how these weapons actually functioned.

I was surprised by the hostile response I received from the audience when I enthusiastically talked about the potential to create a treaty to ban landmines. "Why is the Red Cross wasting money on lawyers talking to lawyers?" asked one participant. "Why not use these resources to assist people who are injured? More doctors are needed!" said another.

The role of the ICRC must be to continue to focus on helping the victims, educating people in the risks and working with partners specialised in mine clearance.

In 1997, and despite the scepticism, the Ottawa Treaty was created with the aim to ban the use, production, transfer and stockpile of anti-personnel landmines, and to require assistance to the victims of these weapons. The work behind this treaty was very much "grassroots" with the Red Cross Red Crescent playing a major role in combining its field experience with its legal analysis. 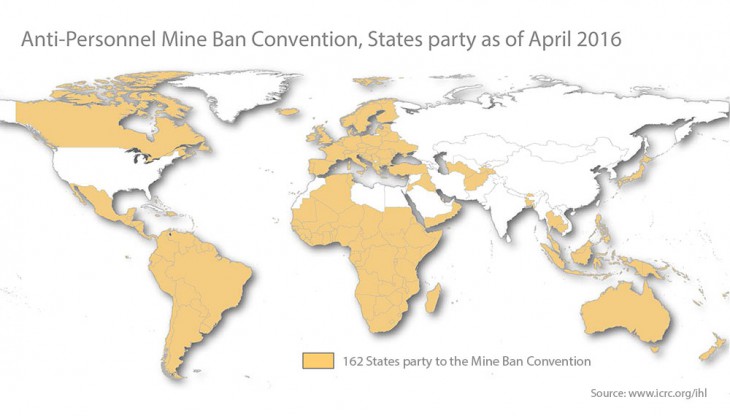 Mine Ban Convention and States party on www.icrc.org/ihl

The treaty has saved lives. Twenty years ago the ICRC estimated approximately 20,000 individuals, mainly civilians, were maimed or killed each year due to anti-personnel landmines. That number has gone down drastically since the treaty entered into force, and is today estimated to be around 3,500.

New production and transfer of these weapons has virtually ceased and recently 48 non-state armed groups in 11 contexts have signed "deeds" not to use such landmines and are largely respecting this.

Because the use of these weapons is now stigmatized, countless civilian lives have been spared. The treaty has allowed communities to rebuild; it has stopped the creation of orphans; it has kept many families together and allowed medical staff and resources to be used for other life-saving activities.

As you might imagine, there still remains much to be done in the final push towards definitively eradicating these unacceptable weapons.

We must aim for complete universality, getting those States which have not yet ratified the treaty to do so without delay. Thirty states still have obligations under the Convention to clear anti-personnel mines from their territories and nearly as many countries, which have significant numbers of mine victims, still need to ensure improvements in access to services for them.

The role of the ICRC, with its distinct mandate and frontline presence in most of the mine-affected countries worldwide, must be to continue to focus on helping the victims, educating people in the risks and working with partners specialised in mine clearance.

Only once these tasks have been achieved can we truly count the Anti-personnel Mine Ban Treaty as having achieved its objectives. It is of course not the only vital treaty banning deadly weapons - for example, we need to see a lot more countries signing up to the convention outlawing the menace of cluster munitions.

But the tens of thousands of lives it has already saved and livelihoods it has restored more than justifies the faith of those of us who insisted that it was worth striving for.

This article was first published in Al Arabiya

From our audio archives: In the April 1992 edition of "Red Cross Roads", head ICRC surgeon Dr Robin Gray explains the short- and long-term consequences of anti-personnel mines and the need for international action.

States party to the Mine Ban Convention