By entering this website, you consent to the use of technologies, such as cookies and analytics, to customise content, advertising and provide social media features. This will be used to analyse traffic to the website, allowing us to understand visitor preferences and improving our services. Learn more
10 August 2016 11:00 - 13:00 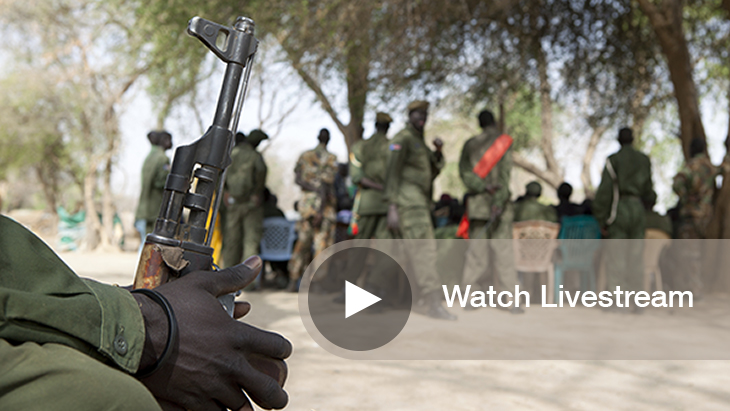 On 10 August 2016, the ICRC organized a livestreamed panel discussion at the Sandton Convention Centre in Johannesburg to discuss respect for international humanitarian law (IHL) on the African continent. The panel was convened on the occasion of the bi-annual conference of the International Lawyers Association and was part of the ICRC Conference Cycle on “Generating respect for the law”.

Today, the majority of the armed conflicts being fought on the African continent are classified as non-international armed conflicts, characterized by the presence of non-state armed groups and multinational forces. In view of the perception that the rules of IHL are increasingly being violated and the absence of effective enforcement mechanisms in IHL, the panel brought together both African and international speakers drawn from the military, government and academia who will share perspectives on mechanisms to promote respect for the law.

The event was followed by the launch of Volume 96 Number 895/6 of the International Review of the Red Cross issue on "Generating respect for the law".