By entering this website, you consent to the use of technologies, such as cookies and analytics, to customise content, advertising and provide social media features. This will be used to analyse traffic to the website, allowing us to understand visitor preferences and improving our services. Learn more
19 August 2022 08:00 - 31 August 2022 18:00 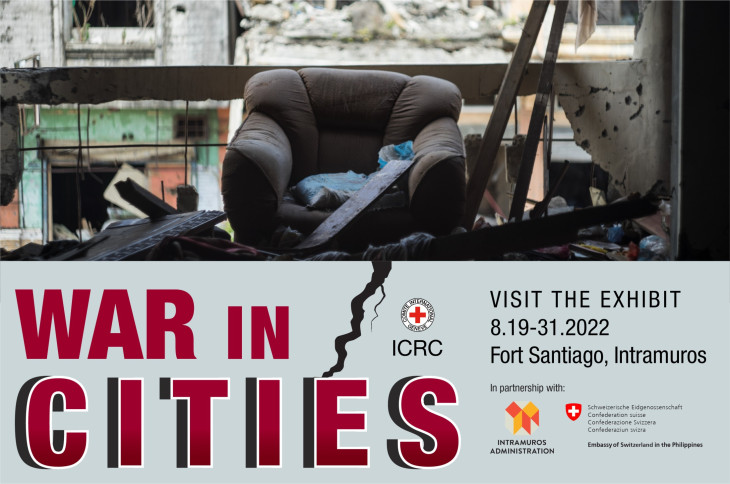 This August, the International Committee of the Red Cross (ICRC) brings to Manila the War in Cities exhibit, which was originally shown in Geneva, Switzerland. Through the objects we found in Iraq and the Philippines, learn more about the human toll of fighting in cities and how we could prevent it.

Armed conflict continues to dominate cities around the world. As a result, civilians have no choice but to live in increasingly unsafe and impoverished conditions. Their suffering is even worsened by the frequently interrupted or limited provision of basic public services. For others, the only option is to flee and leave everything behind. 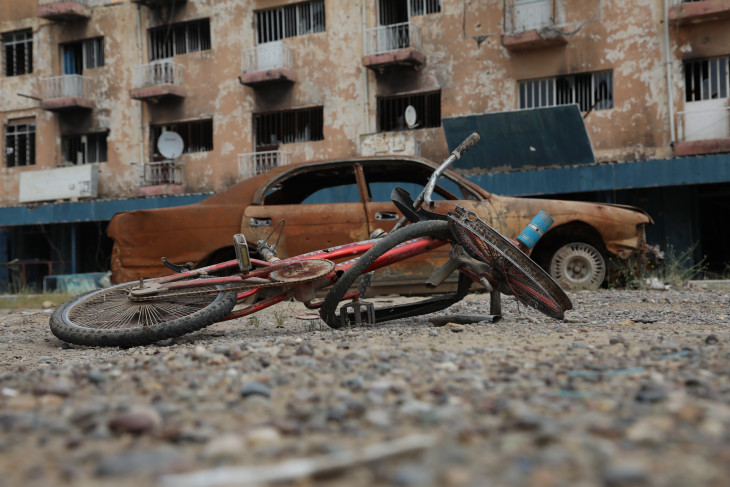 A bike and a burnt-out car lie in the street in front of a scorched building in a severely damaged Baiji neighbourhood.

Since World War II, state authorities, armed forces, and humanitarian actors have struggled to cope with the urbanization of conflict. In recent memory, this was in the form of the Zamboanga siege of 2013, and the Marawi crisis of 2017.

How does war in cities impact essential services that civilians rely on each day? What is the effect on humanity and populations when cultural heritage sites in a city are destroyed? What are the specific challenges faced by a military fighting in urban environments? What steps can be taken to better protect the civilian populations in urban centers and ensure continuity in provision of vital services in times of conflict? 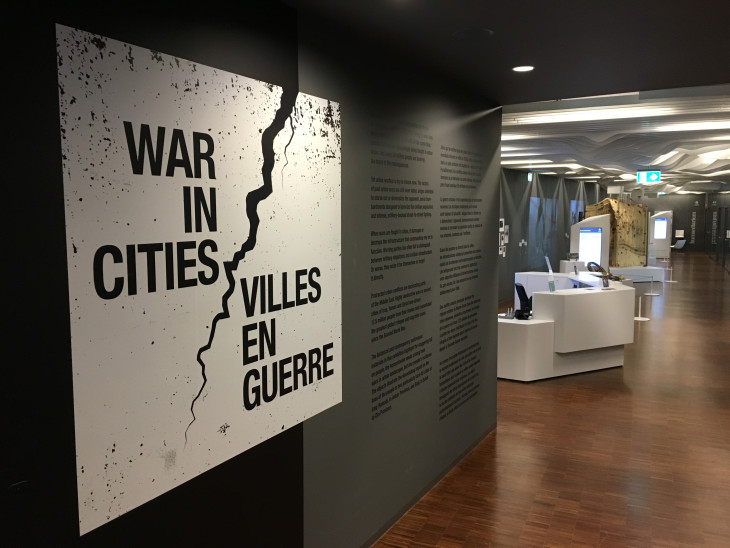 The War in Cities exhibit at the Humanitarium in Geneva, Switzerland

This event is organized in partnership with the Embassy of Switzerland in the Philippines and the Intramuros Administration.

Is the entrance to the exhibit free?
Yes. The exhibit, however, is located inside Fort Santiago. To get inside, adults must pay P75, while students and persons with disabilities are charged P50.

What do I expect to see?

The exhibit contains objects that our colleagues found or sourced in armed conflict-affected cities in Iraq and the Philippines. In Iraq, they visited these places after fighting happened so they could bring relief or family news to survivors.

The objects gathered for this exhibition are not archaeological artefacts, unique works of art or even beautifully crafted. Many could be found anywhere: a handbag, a metal gate, a wash basin a toy made in China. Yet we displayed them with respect, as they bear witness to the suffering of civilians in today's urban wars and demonstrate why the law of war matters.

These objects are real – they once served a simple purpose in a community or a school, brought joy to a child or pride to a household. That is, until a bomb exploded and their owners had to flee. Strangely, it is their banality and the violent intrusion of war that make these objects so poignant. They may just be humble relics of an ongoing, distant war, but they speak volumes if you take the time to listen.