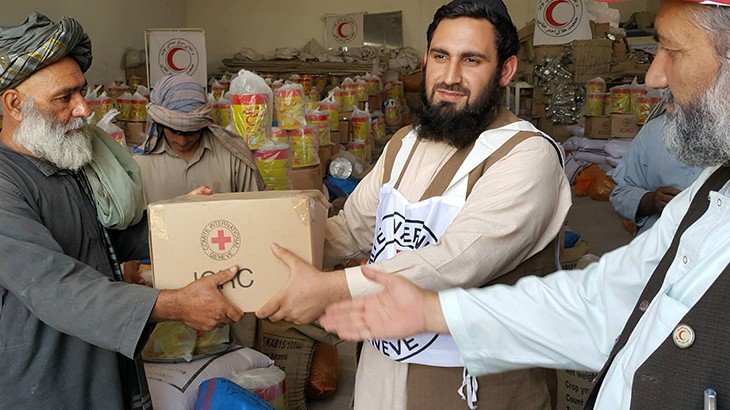 A summary of activities carried out by the ICRC in Afghanistan during the first six months of 2015.

The ICRC visits detainees in Afghanistan, monitoring their conditions and treatment. We also help family members separated by conflict to stay in touch, and endeavour to trace missing persons.

In first half of the year, the ICRC:

The ICRC supports the 444-bed Mirwais Regional Hospital in Kandahar, supplying drugs, medical equipment, and providing diagnostic and critical services such as surgery, obstetrics and paediatrics.

The ICRC runs seven prosthetic/orthotic centres in Afghanistan, providing rehabilitation services for amputees and other people with disabilities, including vocational training, micro-credit loans and home education for children with disabilities.

During the first six months of 2015, the centres:

The ICRC, in partnership with the Afghan Red Crescent Society (ARCS), provides emergency food assistance and other essential items to people displaced by conflict or natural disaster, helping them to meet their basic needs.

With support from the ICRC:

The ICRC works with closely with local authorities in Afghanistan to build and repair water systems, construct and renovate health and physical rehabilitation facilities, and promote improved sanitation and hygiene in prisons and detention centres.

Working in partnership with the Afghan Red Crescent Society

The ICRC works closely ARCS, providing the organization with technical and financial assistance to help deliver services to the community and implement a range of humanitarian programmes.

From January to June, the ICRC: