Afghanistan: Cousins see each other for the first time in years 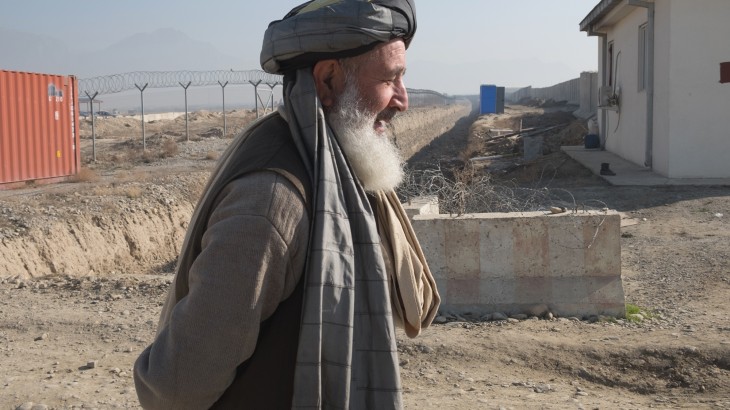 "I am 52 years old... or maybe 53, I'm not sure," says Haji Shahzada with a smile as he arrives in Kabul after a full day's journey by bus from Lashkar Gah, the capital city of Helmand province.

Haji Shahzada has lived in Lashkar Gah for ten years with his two wives, four sons, four daughters, their spouses and children. The whole family used to live in Nawzad, a small village in the Helmand countryside. There, Haji Shahzada and his four brothers worked a large area of agricultural land inherited from their father. "There were apricot and almond trees, and plantations of rice and wheat. We had a good life," he recalls.

Then one day, around ten years ago, the villagers were told they should leave, for their safety, as fighting between the Taliban and US-led coalition forces was getting closer.

"We left for the nearest safe village, taking with us a few things to survive for a few weeks," says Haji Shahzada. "After three months, we were still not able to return so we decided to go to Lashkar Gah."

Four years passed before they could return to their farm in Nawzad. "When I got back, I found everything in the house had been looted," says Haji Shahzada. "Also a severe drought had killed all the trees and was still going on, preventing the family from coming back."

In Lashkar Gah, Haji Shahzada found a job in a grocery shop taking care of the accounts. One of his sons works as a tailor and another is in a workshop building metal gates. "We are able to survive because the owner of the grocery shop gives us food and basic household items on top of my salary," explains Haji Shahzada.

Haji Shahzada's cousin is held in Pul-i-Charkhi prison. "He was engaged to my daughter but he was arrested two months before the wedding. That was four years ago, during which time none of us have seen him, although he is able to call us regularly. He has been sentenced to 17 years."

Crowds flock to Pul-i-Charkhi on family visit days. Everyone takes bags of essential things for their relatives: food, clothes, hygiene items, presents from other family members and all kinds of souvenirs made by their children. The wait is long while all these bags are searched by the guards.

In the prison waiting area, Haji Shahzada's mood keeps changing. He is at turns excited, bored, impatient and pensive. "Maybe detention will have changed him, his face, his skin, his spirit... I don't know, maybe I will not recognize him," he worries.

Emerging from the prison after nearly two hours spent with his son-in-law, Haji Shahzada's worries are gone and his step seems lighter. Excitedly sharing his experience with others, he turns to Fawad, the ICRC employee who organized the visit, and says:

It has been such a great day! I won't forget that moment for my whole life.