Afghanistan: Diary from the ground 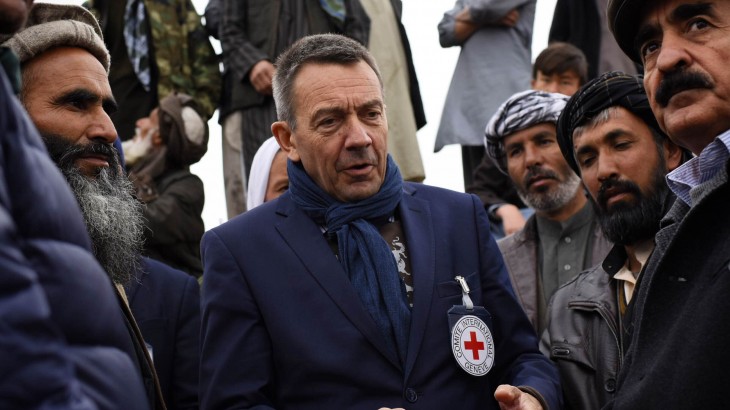 Listening to village elders in northern Afghanistan. © Andrew Quilty for the ICRC

I've just finished a four-day visit to Afghanistan, meeting people who can help us to help the people of this beautiful but war-torn country. Each day, I shared a few of my impressions, both here and on Twitter: @PMaurerICRC

My conclusion after a week in #Afghanistan: this is not a forgotten conflict, it's an ignored conflict.

Afghanistan is a fascinating country, full of contrasts and contradictions, and yet with a striking consistency in its confusion. When I became president of the ICRC in 2012, Afghanistan was the first country I visited. Arriving in a war-stricken country, where you see Kalashnikovs on every street corner, where abductions are a business plan, was a good introduction to the ICRC's working environment.

Arriving in a place where people have suffered from war for decades, where children, teenagers and young adults have never experienced peace, is a good introduction to the suffering that war creates.

The resilience of people in the midst of suffering might be the single most impressive human capacity I have witnessed. I was once more reminded of this when I met Saber today. Saber lost both legs to a landmine when he was only three years old. His father died when he was little, then he became a refugee in Pakistan. And against all odds, the boy in the wheelchair learned to read and write, and finally became part of the Afghan national basketball and weightlifting teams. 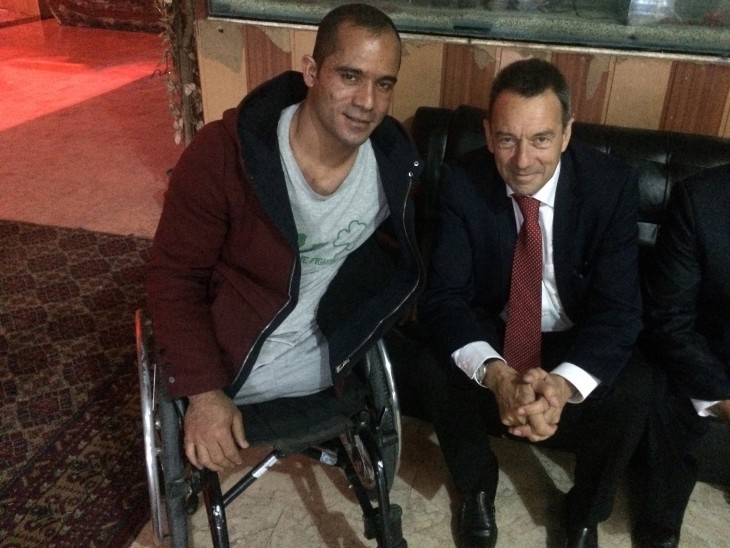 Saber. A great example of Afghan resilience. © Andrew Quilty for the ICRC

But Saber had more plans, more dreams. While he was in Europe for a sports competition, he defected to Sweden, with the intention of staying there and building a home. But the reality was far harsher than he could have imagined, and after a month-long administrative nightmare, Saber returned to Afghanistan. His family now owes thousands of Euro, but Saber hasn't given up hope of making a better life for himself.

I admire Saber's resilience. I admire the resilience and hope of everyone who suffers in war.

Day 2 – Fear and desperation, as peace remains an abstraction

For many people in Afghanistan, peace is only an abstraction, not an experience.

Today I travelled to Jalalabad, in the far east of Afghanistan. I met with a group of displaced people there, who told me about the fear, the insecurity, and the desperation they have been feeling for so long.

These men, who did not want their names to be revealed, have not had a stable home with their families for decades. Some have been displaced several times and have lost everything they had. After the Soviet invasion in 1979, they fled their homes, but returned, united with their neighbours in their anger against foreign enemies. They fled again, from violence, from fighting, from the constant fear of abductions. Some of them became refugees in Pakistan, others stayed in their home region, but not in their own villages. More than thirty years later, they still don't have a home, and they still live in fear, they are dependent on what host families and the ICRC manage to offer.

We at the ICRC do what we can for them, with food aid, work programmes and through other means. But we can't take away their fear or the desperation of having to see their own people fight against each other. And we can't give them the home they left so long ago. Only peace can do that. 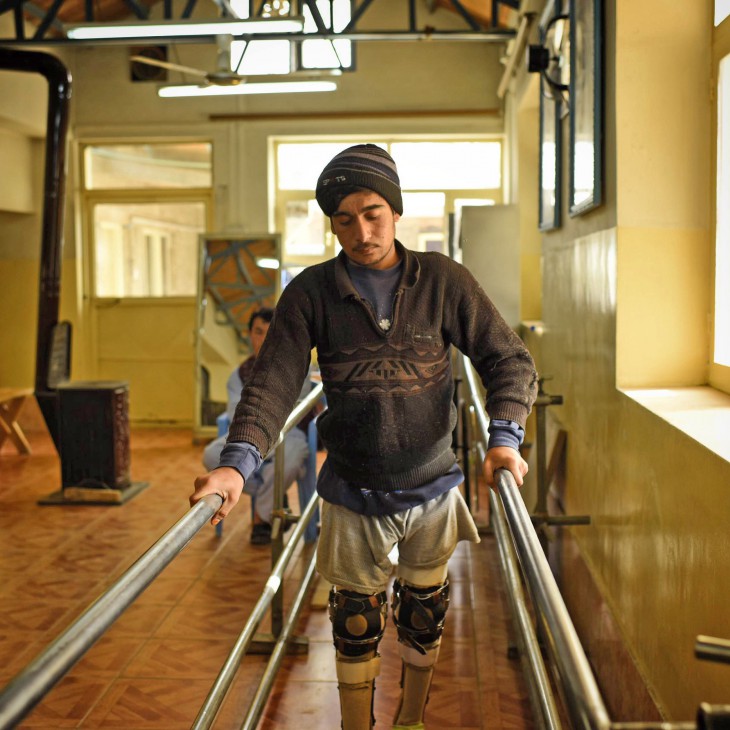 A patient at the ICRC physical rehabilitation centre in the northern Afghan city of Mazar-i Sharif practices on his two new legs. CC BY-NC-ND / ICRC / A. Quilty

Imagine you lose a leg. You can't walk. You probably lose your job, and with it the money that feeds your family. You can't go outside, so you become isolated.

Accidents and amputations happen everywhere in the world. But in countries at war, especially those where landmines are used, innocent civilians – often children playing – are much more likely to lose an arm, a leg, both legs. In Afghanistan, the number of disabled people has doubled over the last decades.

I visited the ICRC ortho centre in Mazar-i-Sharif today. The centre treats up to 15,000 patients annually, fitting prostheses and teaching amputees how to walk again. But the work doesn't stop there. A new leg often means a new life. We offer education, vocational training, job programmes and microcredits so that patients can start small businesses.

This way, a prosthesis is the first step into a new life, with a job, an income, a place in society. We know that it works. 85% of the staff are former patients, who now help new patients make a new life for themselves.

Day 4 – Faces of history and humanity 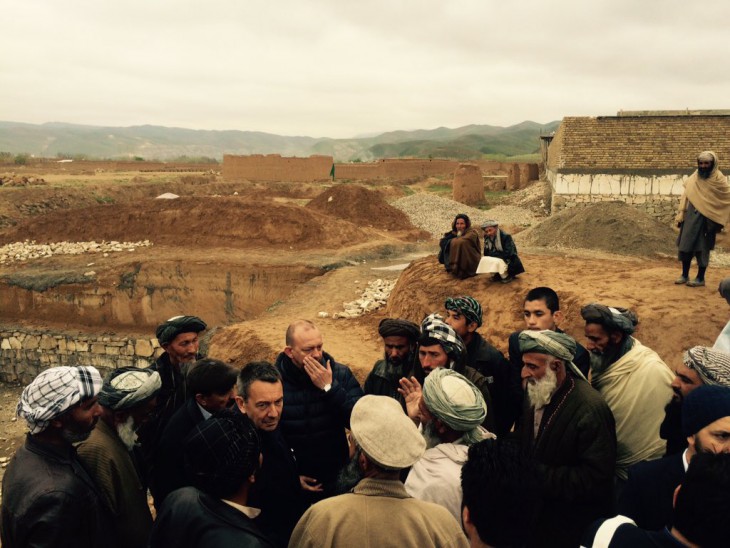 Listening to village elders in north Afghanistan. The war is a daily struggle for them. Little security, few jobs. CC BY-NC-ND / ICRC

There are many ways to learn about history. I learned that when I studied history at university, and I was reminded of it today, in a rural region of northern Afghanistan.

They told me how in their village – just a few mud huts scattered across dark green mountains – every family decides together who of the men will leave to seek work abroad. There are practically no jobs in the region, so leaving is the only option. They told me that they mostly go to neighbouring countries, to work as day labourers and save some money to feed their families.

When I asked if any of them had gone to Europe to seek work, they laughed. "Europe is for rich people," they told me. I enjoyed seeing them laugh. Even if there was a hint of desperation, their smiles showed another side of history: humanity.

I left Afghanistan this evening. Over the last few days I met people in the capital, in provincial towns and in tiny villages. I met with the President, with local authorities and armed opposition representatives; but the encounters that are the most memorable are the ones with ordinary Afghan people.

Everyone I met this week told me a story of how they and their family have suffered from the war. Whether this means that they lost a loved one, saw their home destroyed, had to flee their village because of fighting, can't get medical treatment when they need it, or that they can't find a job in a struggling economy.

The ICRC is working to help people across Afghanistan, by giving families the bodies of their dead relatives back, by providing shelter, food and water for communities and displaced people, and through hospitals, medical evacuations and physical rehabilitation centres.

We will continue our work, and we will continue to increase our operations where possible, because people's needs are increasing. It defies human logic that at a time when there are growing numbers of victims in Afghanistan, the attention of the rest of the world is decreasing.

The ICRC will not ignore the suffering of the Afghan people. 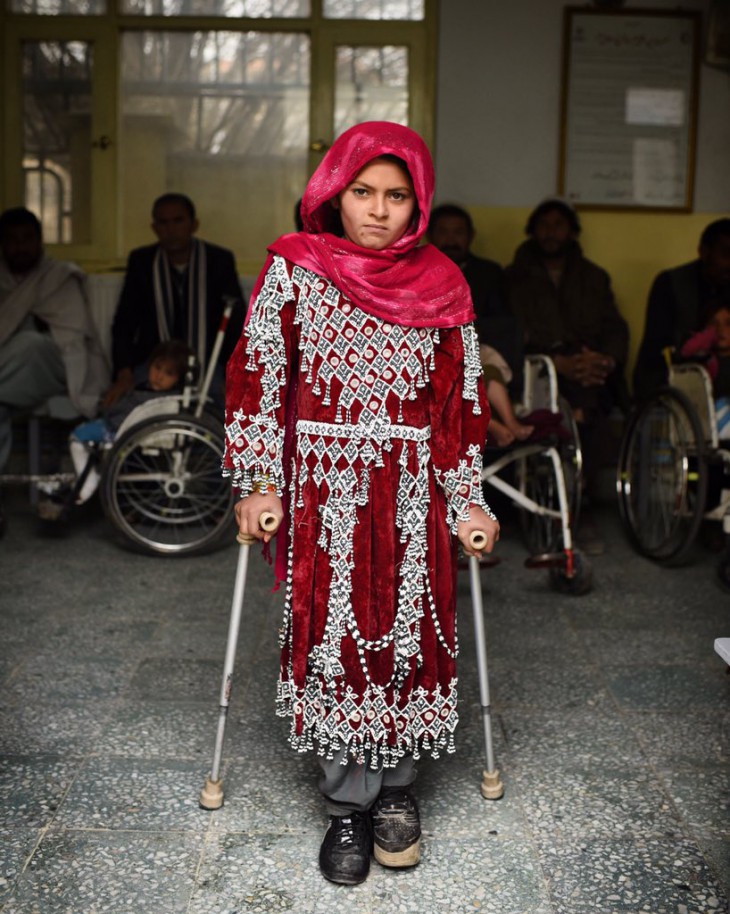 Sarzanga (8) from Ghazni province was injured by a rocket. Now she’s undergoing treatment at the ICRC’s physical rehabilitation centre in Kabul. Andrew Quilty for the ICRC.