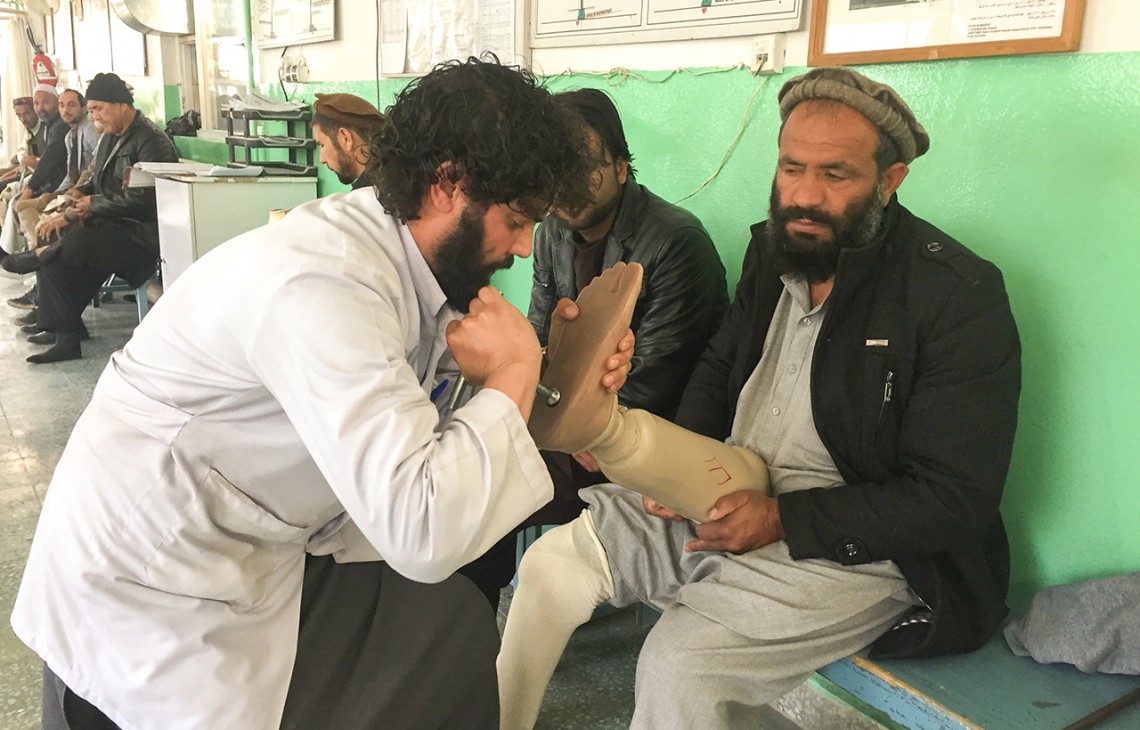 Mohammad Zabih Erfani is a busy man. His job as a physiotherapist with the International Committee of the Red Cross (ICRC) means that his days are all about making things easier for those with disabilities – whether it is helping fit prosthetic limbs and orthosis, training patients to walk again or pushing them to exercise. Telling each devastated patient that life will not stop and their spirit cannot be crippled by physical challenges is what Zabih Erfani also really believes in. And the patients know that these are not empty words when they see the physiotherapist walk the talk every day by turning his life around from a landmine victim to a victor. 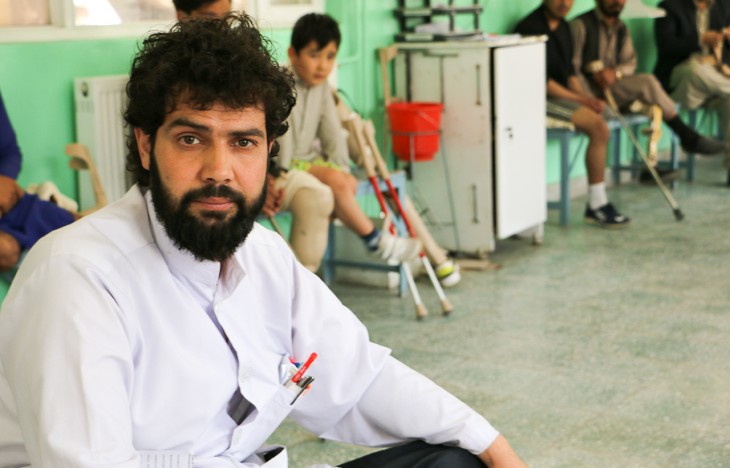 Zabih Erfani's life resonates the story of those living in conflict-ridden Afghanistan. He was only a young boy when he stepped on a landmine by the roadside in Darlaman area , District 6 of Kabul city.

Our city had been taken over by the fighters.

"That was in 1998. There was a lot of fighting and it turned very unsafe. While walking down the road with my brother, I stepped on one of the mines and it all became my own story. When the mine blew up, I lost a leg and was severely injured in the other. I then slipped into a coma," shares the 30-year-old.

A vehicle full of fighters was passing by and Zabih Erfani's brother cried out for help. He asked them to take his injured brother to Karte Seh hospital, which is supported by the ICRC. "It took me a week to regain consciousness. Meanwhile, the doctors had to operate on me. So when I recovered from coma and realized that I had lost a limb, I could not handle it. I was discharged from the hospital after 21 days but I was a mess," he says.

Zabih Erfani went into depression for several months and was referred to psychologists. "The doctors told my parents that I was suffering from deep stress and depression and gave medicines that were very helpful," he says. 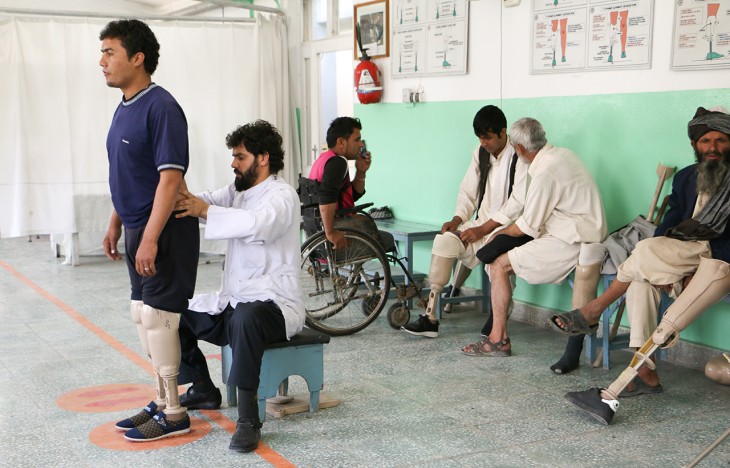 But a turnaround happened when he visited the ICRC's physical rehabilitation centre at Kabul where they make artificial limbs. He saw many people who had also lost limbs like him but were all working quite normally. "I'm very thankful to Alberto Cairo, head of the ICRC's Physical Rehabilitation Programme, who took me on a tour of the centre and encouraged me. He showed me doctors and patients whose condition had been much worse than mine but they had bounced back" says Zabih Erfani.

Seeing other patients happy helped me start thinking differently about my own situation.

Since he had been unable to go to school because of his health, Zabih Erfani had started a small grocery shop near his home. But one year on, he returned to school and worked hard to finish basic education. After graduating, he went back to the ICRC seeking a cash grant. "Mr Cairo stepped in again and suggested that I train to become a physiotherapist and even offered to hire me at the centre," says Zabih Erfani.

This was more than Zabih Erfani had imagined for himself. He took up the offer and with the ICRC's support did a diploma in physiotherapy from Jalalabad. The three-year training opened him to new experiences and built his hope one step at a time. "I also made many friends in class. We used to enjoy being together and it helped to change the way I looked at life," he says. 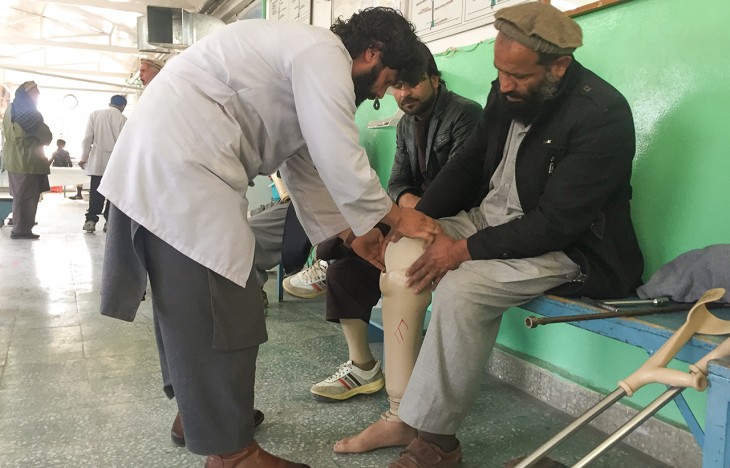 Working with the ICRC as a physiotherapist for 12 years now, Zabih Erfani is using his life and training to transform other people's story. A regular day for him involves meeting between 15 and 25 patients.

Most of them open up to me and I encourage them to lead normal lives.

The despair that Zabih Erfani had experienced as a young boy is far gone. Married for 14 years and father to two young children, his life is only about hope now. "My children are nine and five years old and I'm really looking forward to helping them get educated and pursue the best opportunities for their life," he smiles proudly.

The ICRC runs seven physical rehabilitation centres across Afghanistan to help people like Zabih Erfani get back on their feet. Many who have been disabled due to the violent conflict or due to sickness have gone on to rebuild their lives and work at these centres as models of hope to others.