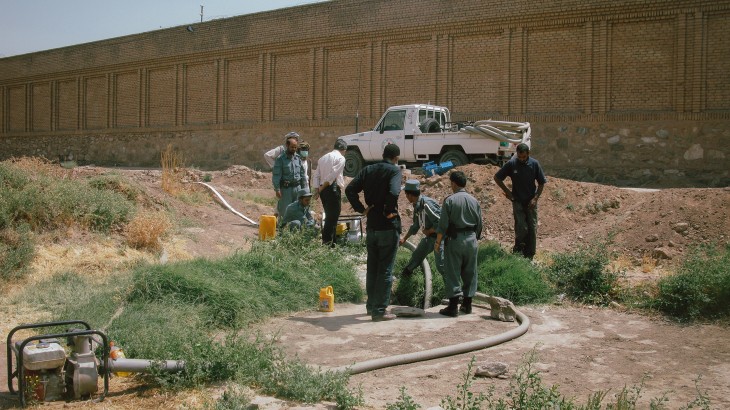 Almost 3,000 people, living side by side, in a confined environment, pose major challenges in maintaining good sanitary and hygiene conditions. In Herat city, for years, wastewater from the Herat Provincial Prison sat festering in pools around the buildings. Apart from the awful smell, the wastewater from the prison was a major health risk for detainees, prison staff and surrounding communities.

In December 2017, after almost a year of construction works, the ICRC completed a large decentralized wastewater treatment system to safely collect, treat and evacuate wastewater produced by the provincial prison.

Dirty water and sewage from the prison is treated in five septic tanks and three anaerobic baffled reactors. Once the wastewater has been treated, it is pumped two kilometres through the city to a canal where it can be safely released. The system has the capacity to treat wastewater from up to 4,110 detainees and prison officers.

Since the new system was connected and the pumps switched on in early December by Afghan prisons chief General Abdul Alim Kohistani the pools of wastewater have dried up taking with them the terrible smell that was around the prison.

General Hamidullah Sadiqe, Herat Provincial Prison director, said this is a vital project and will have a direct impact on the prisoners, prison staff and the inhabitants living around the prison. 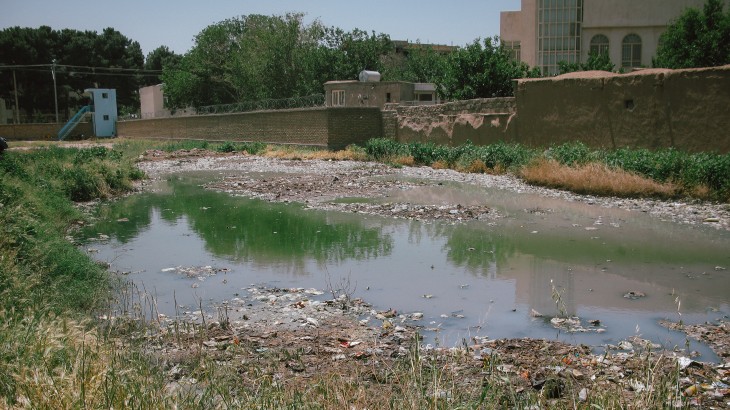 Ahmad Zubair Abdurahman, a detainee in the prison, said the smell used to be terrible as all the windows in his block are facing the waste area. Detainees used plastic to cover the windows to block the smell and keep out the flies. This prevented fresh air from coming in causing further health hazards from poor ventilation. The detainees can now breathe freely in the blocks.

The wastewater system has also proved to be a huge relief for the prison’s neighbours. Shah Zalmi, the head of the community next to the prison, said that before the system was installed their children were always getting sick and the smell was intolerable. He added that the local community is very grateful for the initiative.

Engineer Wakil Ahmad Barak, an environmental expert at the Herat governor’s office, said the project has had a significant impact on the reduction of air pollution and groundwater. The accumulation of wastewater can cause serious damage to the environment, he added.

Though the system is now up and running, the work is not over. The ICRC has trained a committee made up of detainees and staff to operate and maintain the system. For the first three months, the ICRC engineers will monitor the system.

The ICRC is also working to expand the system to the female section of the prison. Work should be completed by March 2018 ensuring all detainees will benefit from improved conditions.