Afghanistan: For parents of missing migrant, silence is hardest part 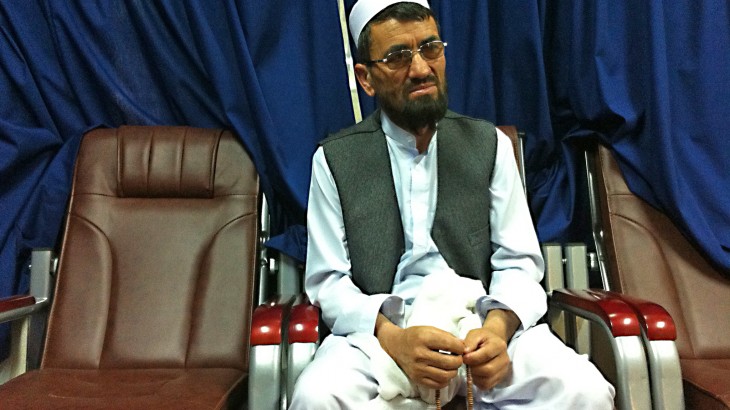 Shafiq wanted to study in Europe. He has now disappeared, like thousands of other Afghan migrants on the Balkan route.

Imagine how it must feel when your 15-year-old son calls you from Iran and asks your permission to go to Europe. This was the situation facing Haji Ghulam Mohammad in October last year. Shafiq was studying in Iran and staying with relatives there. Other relatives arrived from Afghanistan en route to Europe, and offered to take him with them.

After much thought Haji Mohammad said yes, even though his relatives had no precise destination in mind.

"Shafiq just wanted to continue his studies and become a doctor or an engineer," his father explained.

A few weeks later, Shafiq and his relatives left for Turkey.

On 4 January 2016, Haji Mohammad spoke to Shafiq on his mobile phone. His son told him that they were supposed to leave Turkey by boat for Greece in a few hours, but as the sea was rough the smugglers had told them they would not be going.

He has not heard from the boy again.

Becoming alarmed as the days passed, Haji Mohammad used various intermediaries and personal connections to find out what had happened. Seemingly, the group eventually reached Greece but were sent back to Turkey. His contact sometimes gave him hope, saying he would soon give him news, but then passed him on to another contact whose phone remained unanswered.

This morning, Haji Mohammad has come to our office in Kabul to register his son's disappearance. One of the tools we use to find missing persons is a website called Trace the Face where people can search through hundreds of photos posted by migrants and refugees who are looking for their relatives. Shafiq's picture was not there, but Red Cross Societies throughout Europe are contributing new photos every week, so there is still hope.

Meanwhile, calls to Shafiq's phone have gone unanswered, or been answered by a stranger.

Picking up his mobile phone, Haji Mohammad plays back one such conversation. "Shafiq?" he asks over a background of chatter, "Shafiq? Farahnaz?" (the name of his relative's wife) "Can you hear me?"

Perhaps the silence of not knowing is the hardest thing to bear when a family member goes missing. Harder even than being told they have died. At least then, there is closure.

"I've tried everything, but we humans are helpless," Haji Mohammad continued. "I only hope Allah will allow us to find him."

Sitting in the Trace the Face office, Haji Mohammed seemed near to despair. "I can't forget him for a second," he murmured, "It's as if a part of my body were missing."

There are many different reasons why a person decides to leave home and risk their life on a perilous journey into the unknown. Many Afghans who leave do so because they personally are in danger, or because of conflict where they live. Others leave in search of a better life in Europe, fleeing poverty and unemployment.

Shafiq is the seventh of Haji Mohammad's ten children. With human trafficking rife along the migrant route, and with the risk of being arrested or kidnapped also high, he and his wife fear the worst.

"His mother and I haven't been able to rest since he disappeared," the boy's father tells us, "and we won't until we know what's happened."

"He was doing well in school," Haji Mohammad goes on, his thoughts wandering. "He was shortsighted so we got him some glasses. One day he was beaten up, his glasses were smashed and he hurt his eye. This was when he pleaded with me for permission to go to Iran where his married sisters were living."

Are you looking for someone missing in Europe? Or might your family be looking for you? Visit our Restoring Family Links page for Europe.