Afghanistan: From one picture to hundreds of sweaters 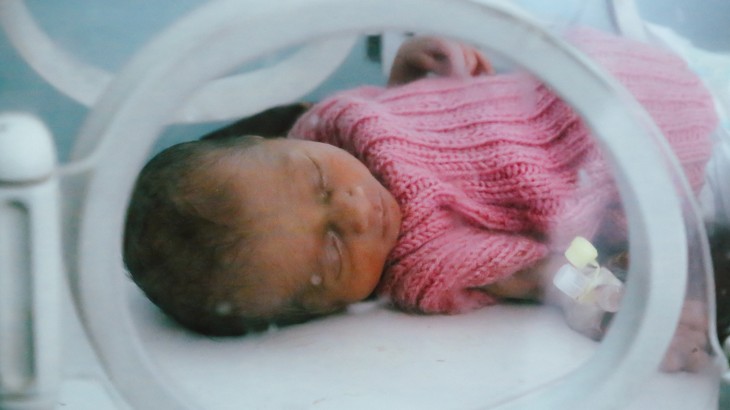 When one of our colleagues, working in Afghanistan, took a picture of a baby snug in a pink sweater, he didn't really have much in mind. He was hoping the image would go some way in showing the impact that technical and financial support had on the Regional Hospital in Kandahar, Mirwais – the largest health care facility in south Afghanistan. But he was definitely not prepared for the effect that simple image would have on his aunts sitting all the way in Norway.

Reporting on the rehabilitation of the hospital’s paediatric unit, supported by the ICRC, he published the picture as part of a story last year. The picture, however, went beyond showcasing our work; it inspired his aunts in Norway into making Afghanistan’s harsh winter a little less punishing on the babies. Moved by the story, family friends in Switzerland were also driven to knit little sweaters, hats, socks, blankets and toys for the babies, extending the ICRC family's reach from one corner of the globe to another.

So far, over 100 little woollies have reached children aged below five in Mirwais hospital. The little knits are not part of the ICRC's programme for the hospital. Rather, they are an inspired donation that allows us, every once in a while, to go beyond our usual activities.

The paediatric ward at Mirwais hospital is a busy place – close to 175 babies under the age of five receive treatment here every week, and over 450 births are registered on a weekly basis. Since 1996, the ICRC has been providing technical and financial support to Mirwais hospital to ensure quality treatment and free medical services. Besides the paediatric ward, the ICRC also supports the gynaecological ward, where many women receive medical attention and free treatment.