In 2009, James Nachtwey joined us in Afghanistan, where the authorities allowed him to take photographs in a prison visited by the ICRC. Today, seven years later, the ICRC is still working with detainees in Afghanistan, visiting them to check on their conditions and helping them stay in touch with their families.

Sasha, an ICRC interpreter based in Kabul, accompanied James on his 2009 photo assignment. Afterwards, Sasha spoke of what he had learnt: "I discovered that many of them had held on to their sense of themselves, that they had emerged intact from some very difficult situations. Sometimes, I ask myself: 'In a situation like theirs, would I have done as well?' How they managed to preserve their dignity: this is the astonishing thing for me."

To get the most from James Nachtwey's atmospheric photos, view this gallery full-screen: press F11 to enter full-screen mode, and F11 again to return to normal.

The road to reunion: For these families this is all they have (20) 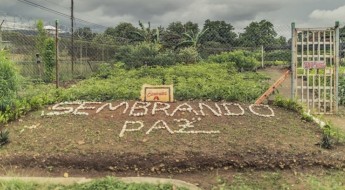