Afghanistan: Stranger than reality and harsher than fiction

I wasn't particularly tired or sleepy. On the contrary, I was excited about being in Afghanistan - a country that I had followed for years as a journalist before joining the ICRC. This was my first visit and I was keen to walk on the streets – get a feel for the place, the people, the culture. But security measures meant that I couldn't leave the ICRC compound, even just for a short walk.

I made peace with my limited movement.

I am here for only two weeks I told myself, unlike many of my colleagues who have lived here for 2 to 4 years, and some even for decades. Coming from all over the world, this wouldn't be "normal" for them as well. During their time in Afghanistan, they've experienced varying levels of limitations - sometimes even confined to just a bomb shelter! If they can live this way for long periods of time, surely I can for just two weeks.

Before heading to Afghanistan, I was told that I won't be able to leave the ICRC compound, so I had arrived here with sufficient movies and TV series to keep me entertained.

I decided to watch "House of Cards." For the uninitiated, this is an American political drama about a power-hungry man who will do whatever it takes to become the President of the United States of America. The moral dilemmas, the questionable ethics, the ruthless pragmatism, outright sickening actions - all this for power, for control over people. Phew! Fortunately this was just fiction.

Just as I thought this, I heard a loud explosion.

It was just past 1am on Friday morning. I leapt out of my room wondering "what on earth was that? Should I be concerned?"

Two colleagues, who I was sharing the house with, came out of their rooms too. They had been in Afghanistan long enough to exclaim, "wow! That's the loudest explosion I've ever heard. That can't be good" and the other "hang on! There are no shooting sounds, are there? At least that's a relatively positive sign." And me, the novice in these matters, standing there in silence thinking "is this conversation for real? They make it sound like a normal thing!"

They advised me to go back to bed and told me that if there were any major concerns, we'd all be contacted and we might need to spend the next couple of hours or the entire night in a bomb shelter.

I went back to bed and started furiously googling - where did the bomb go off? Why? Who was behind it? How many people were hurt?

And that's when it hit me - some people might have just died. In that mere split second – just minutes away from me.

This isn't fiction unlike the TV series I was watching earlier on. This is the reality of the world we live in. A reality that is more deplorable than the fiction I strongly judged minutes ago.

I struggled to fall asleep, thinking about what was happening out there. The first news reports the following morning stated that at least eight people were killed and over 400 injured by a powerful car bomb in Kabul. 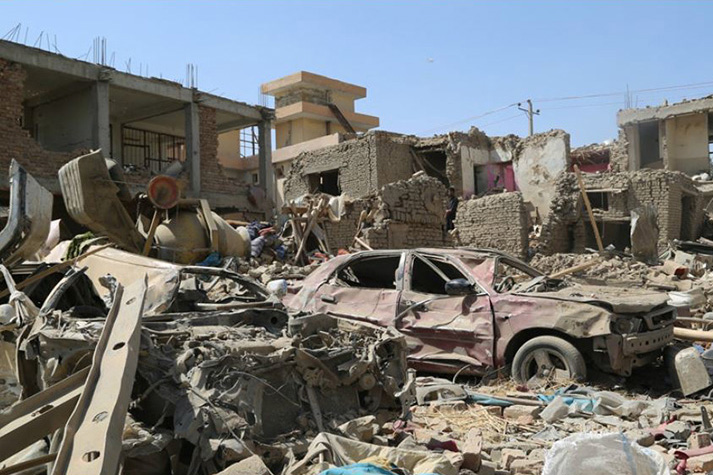 The death toll was expected to rise (and it did).

Within 24 hours, I had heard two more explosions. Some people say they heard at least five more! As the city barely calmed down, on Monday, another blast went off near Kabul International Airport.

Yes, people die every day. And unfortunately, we've become fairly numb to numbers with so many ongoing conflicts around the world.

These numbers rarely mean anything anymore. But let's take a step back and think.

These numbers represent people - each one of them is a person who mattered in someone's life. While this sounds clichéd, it's true. We don't all have to be in the vicinity of a tragic incident to be reminded of that. Or perhaps we do.

Civilian casualties are on the rise in Afghanistan, compared to the same period last year. The situation here is deteriorating. It's far from normal, far from stable. Then why is it already a forgotten conflict? Is it just fatigue with the conflict going on as long as it has? Or is it because it's too complicated? 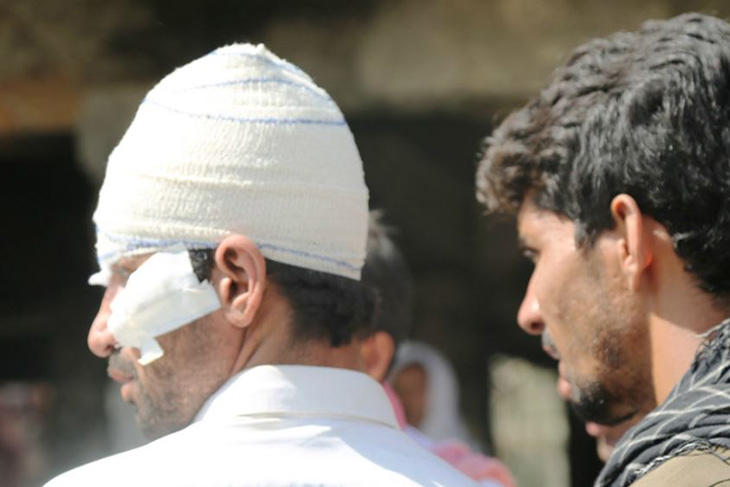 But I am left with a more burning question (to which I welcome answers):

What will it take for the world to pay attention to the people of Afghanistan again?