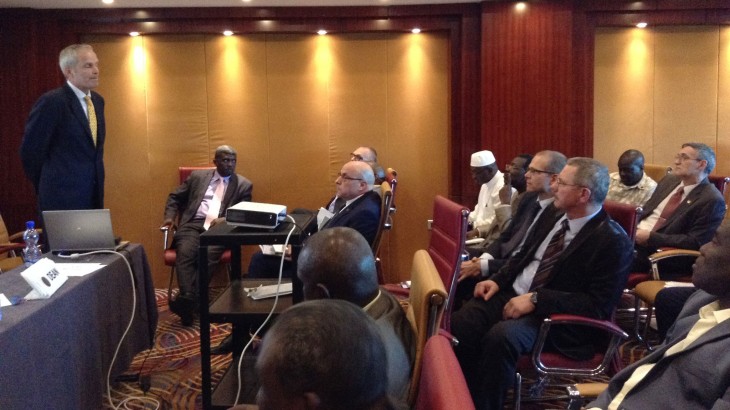 Addis Ababa (ICRC) - The ICRC has briefed several defense attachés connected to embassies and organizations in Addis Ababa about its mission and activities in South Sudan.

The goal of the briefing was to create a better understanding amongst the military attachés of the ICRC's principles and modalities during its humanitarian operations in order to create better acceptance and access and ensure the security of ICRC humanitarian workers by weapon bearers.

The briefing was held during the monthly session of the Military Attachés Association hosted for the first time by the ICRC delegation to the African Union, on 3 February 2017, in Addis Ababa. South Sudan was chosen as a topic since most defense attaches in Addis cover South Sudan, which is a priority country for the ICRC.

The Military Attachés Association is a forum where current peace and security issues in Africa are discussed once a month. The ICRC-hosted event was proposed by ICRC's military-issues delegate, Donatien Nkurunziza, who became a new member of the association late last year.

The presentation was well received by attendants who suggested they would be interested in further briefings by the ICRC. The event was attended by defense attachés from various African and non-African diplomatic representations and NATO officers.