African Union: ICRC seminar on use of Explosive Weapons in Populated Areas

Wars are increasingly being fought in urban areas. Explosive weapons such as missiles, mortars, artillery, bombs are being used in cities, towns, villages causing immensurable damages on civilians and public infrastructures like schools and hospitals. That is why the African Union Peace and Security Department and the ICRC delegation to the African Union held their biennial seminar on IHL focusing on the use of Explosive Weapons in Populated Areas.

The seminar was attended by the AU Member States, experts, the UN Agencies, and partners. The seminar featured High-Level panellists such as the Ag. Director for the AU Peace and Security Department, Mr Ahmed Mokhtar Awed, the Ambassador of Senegal to the AU, H.E. Baye Diop; the Ambassador of Togo to the AU, H.E Ambassador Sebade Toba, and the ICRC Head of Delegation to the African Union, Mr Bruce Mokaya. Other panellists included representatives from the Nigerian army, MNJTF, Handicap International and the Geneva International Centre for Humanitarian Demining. 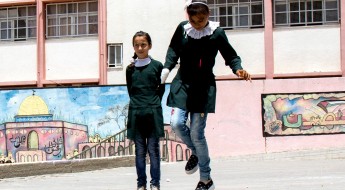